So far we have $33 million from 10 countries and the EU. An unusual example of crowd funding, the goal is to drain oil from a stranded ship. Otherwise we could wind up with a catastrophic oil spill.

In slightly more than two captivating minutes you can see how to drain a dangerous stranded vessel:

Originally an oil tanker that is 1,100 feet long and 200 feet wide, the F.S.O. Safer (pronounced Saffer) became a floating storage-and-off-loading facility (F.S.O.) in 1987. Now, embroiled in the Yemeni conflict, the company that maintained the ship essentially abandoned it. As a result, the vessel’s condition plunged to a decrepit state. Called a “dead ship” because of no power, it could blow up or sink as lethal vapors rise from its cargo. 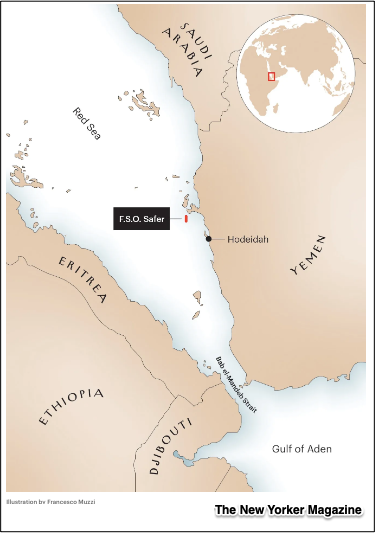 There are no good contingencies. Either we accept the risks of draining more than one million barrels of oil from the ship or a gargantuan spill (bigger than the Exxon Valdez) would close a busy shipping lane. Much worse than how the Ever Given snarled supply lines, an F.S.O. Safer spill could block 10 percent of world trade for months. It would devastate Yemen’s fishing industry and waft deadly air pollution throughout the area. Meanwhile, the cleanup was estimated at $20 billion (with inestimable environmental damage). And no, the ship is not insured.

So, if we have the national version of crowd funding, we can avoid a much more expensive cleanup and minimize the tragedy of the commons.

We have a tragedy of the commons when a public resource is overused or abused. Because the land or water or street has no private owner to oversee its care, individuals harm it. The result is a loud city, an overfished ocean, polluted air. Since no one claimed responsibility for the F.S.O. Safer, it too is subject to the negligent behavior that creates the tragedy of the commons.

Political scientist Elinor Ostrom (1933-2012) won the economics Nobel Prize for her approach to the tragedy of the commons. Calling it the problem of the commons, she said communities do voluntarily get together when they share the same goals. Her examples ranged from a pasture in Switzerland to the refrigerator at work. 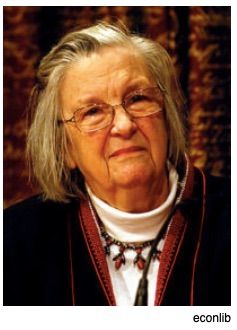 Dr. Ostrom could have included Yemen’s stranded ship as one of her examples.

My sources and more: Thanks to the BBC’s World Business Report podcast for reminding me it was time to look at Yemen’s stuck ship. My next stop was this article in The New Yorker. But from there, I needed the update, here and here. What I truly recommend above all else though is this Planet Money Elinor Ostrom interview. She had personality.

Please note that several of today’s sentences were in a past econlife post and our featured image is the F.S.O. Safer.

How to Find Bear Market Territory

Why We Worry About the World's Faster Roads