The Problem With the Amazing Increase in Kids’ Allowances

But there is a problem.

The parents said financial responsibility was their goal. But on the kids’ end, they mainly seem to be spenders. Only three percent of the survey’s participants said their children were savers. Instead, the kids were spending their money when they hung out with friends (45%), on digital devices or downloads (37%), and for toys (33%).

This is where the money went. (The average age for the children covered by the survey was 14.): 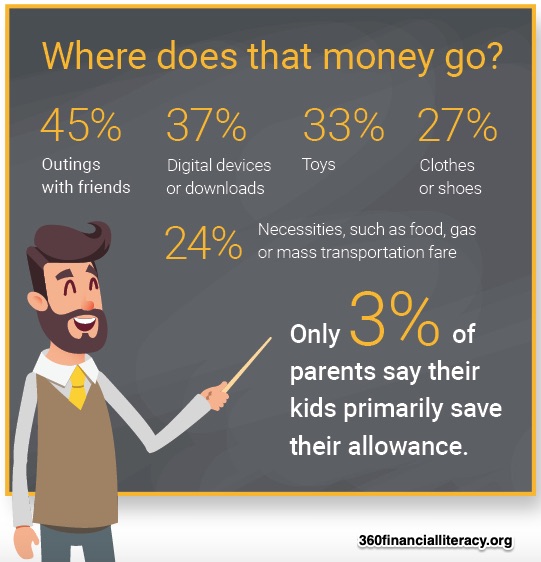 Later, as college students, is is likely that these allowance recipients will display a financial knowledge deficit. In a NPSAS survey using 2015-2016 data from students, just 28% provided accurate answers for these three questions about inflation, risk, and interest: 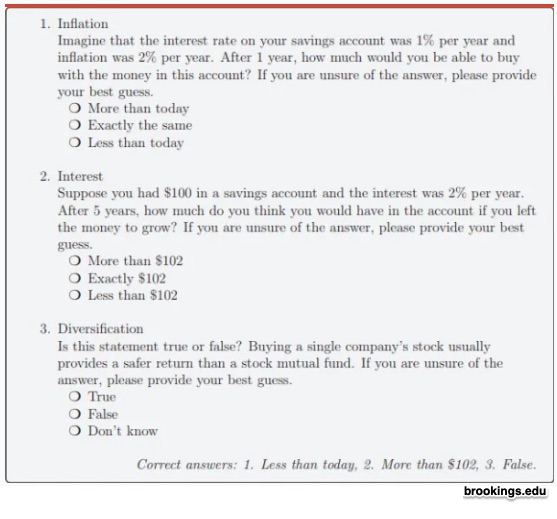 While the NPSAS results were mediocre at best for all groups, there were disparities. Younger college students fared worse as did lower socio-economic groups. Correspondingly, the OECD PISA test continues to have discouraging news about U.S. students’ financial literacy. The most recent results from 2015 place U.S. 15-year olds at #22, the OECD average..

So where are we? Let’s return to how a parent manages a child’s allowance. Most want to develop financial responsibility but few do. Perhaps the reason is that the parents also need more financial education.

My sources and more: The NY Times had the story about changes in the allowances that children receive. It was based mostly on this summary of an American Institute of CPAs report. From there I took the leap to the sad news about students’ financial literacy from Brookings. Perhaps though the best source, though a bit dated, is from the 2015 OECD PISA test. And finally, do take a look at this 2018 OECD PISA test of financial literacy. While the results will be published in December 2019, we did consider a financial literacy assessment here.

A Virtual Version of Conspicuous Consumption

Why Development Economics Has a Plumbing Problem