How a Caviar Sandwich Is Like a Model T Ford

The Oyster Bar in New York’s Grand Central Station needed a cheap caviar that tasted good. Once they found it, they could invent the affordable caviar sandwich.

Where are we going? To caviar sandwiches and Model T Fords.

To make a caviar sandwich, you need lightly toasted white bread, some shredded hard-boiled egg and a bit of crème fraîche. As for the caviar, the Oyster Bar selected Louisiana’s black bowfin. Selling for $4 an ounce in a 4-ounce tin, black blowfin caviar could become a $13 sandwich. Anyone who wanted the elite kind from sturgeon could have paid as much as $100 an ounce.

Since 2000 or so the caviar sandwich has been ordered by five to eight diners daily. Last year though they had to stop selling it. Because of over-harvesting other kinds of roe, black bowfin demand soared, and, as economists, we know that meant price went up. Soon those 4-ounce tins became too pricey. Not wanting to change the concept, the Oyster Bar removed it from the menu.

As economists we also know that markets can take care of themselves. For black blowfin caviar they did. Now, a year later, its price has dropped and the sandwich is back at $13.95.

Like the $13 caviar sandwich, the Model T Ford depended on low cost and high quality. Henry Ford’s innovations ranged from introducing vanadium steel to reducing chassis assembly by almost 10 hours. His cars were inexpensive, sturdy, and user friendly. During  the mid-1920s, the cheapest Model T was $260 ($3624 today according to the BLS inflation calculator). 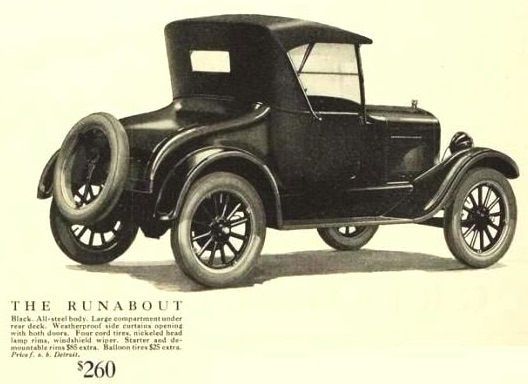 On the supply side, we could say that we have factor recipes composed of land, labor and capital. Because their market was middle class, the caviar sandwich and the Model T each depended on factor recipes that controlled cost. So, Henry Ford might have been referring to the Model T when he said his market was “the great multitude.” But he also could have included the caviar sandwich.

My sources and more: The story of the black bowfin and its caviar could start here with this NY Times article and end with WSJ. But in the middle we would have The New Yorker with all of its wonderful detail. Echoing similar cost goals,  this Popular Mechanics article lists the top ten Model T innovations.

Our featured image is from WSJ (Peter Fu).

Why It's Tough To Be a BFC (Bike-Friendly City)