Looking at a Global Supply Chain With a Smile (Curve)

The links in an Apple supply chain could take us to more than 30 countries.

Where are we going? To a closer look at global supply chains.

A typical global supply chain begins and ends in an industrialized country. Items like the iPhone 6 started with design and development in the U.S. or perhaps Japan, Germany or Korea. Then, after assembly in emerging market countries, they return to a warehousing and distribution infrastructure in the developed world.

This was Apple’s iPhone 6 chain: 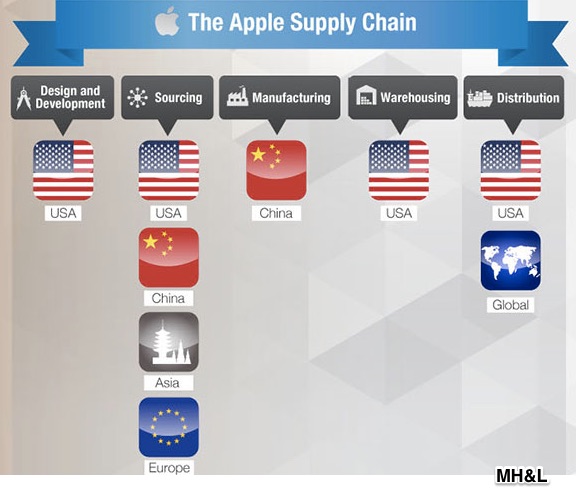 It is mind boggling to think how many different people cooperated to make an iPhone 6. Below are the number of suppliers in each country: 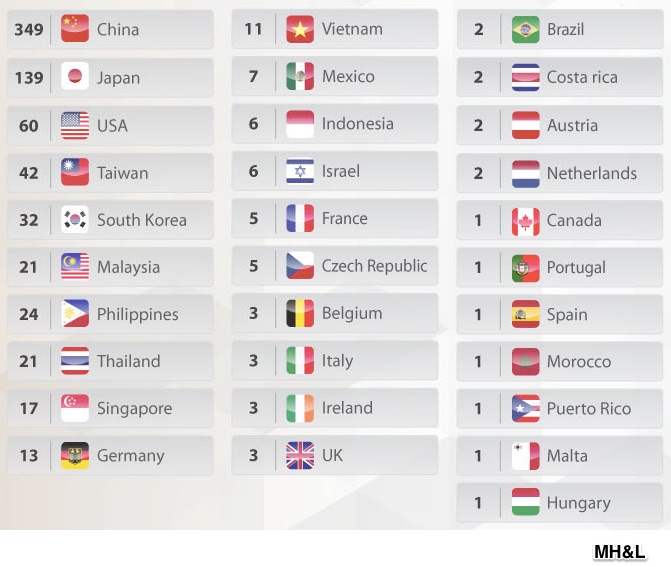 Our Bottom Line: A Smile Curve

For insight about the global supply chain, a smile curve can come in handy.

The smile curve displays how different countries’ wages vary as a product moves from design and development to consumers. It also shows us that items sent here from China were really made in many places. Components could even have come from the U.S., gone to China and then returned after assembly.

As you can see from the smile on the graph, electronics items like iPhones are designed and developed by highly paid workers in advanced economies. It is also possible that more sophisticated parts could have been produced in countries like Germany or Japan. The common denominator though is China where these component parts converge. Paying workers less, China does low value assembly rather than the lucrative jobs at both ends.

On the graph, the y-axis is wages while the x-axis displays the production sequence. You can see that we wind up with a smile as wages start high, swoop south and then move up again: 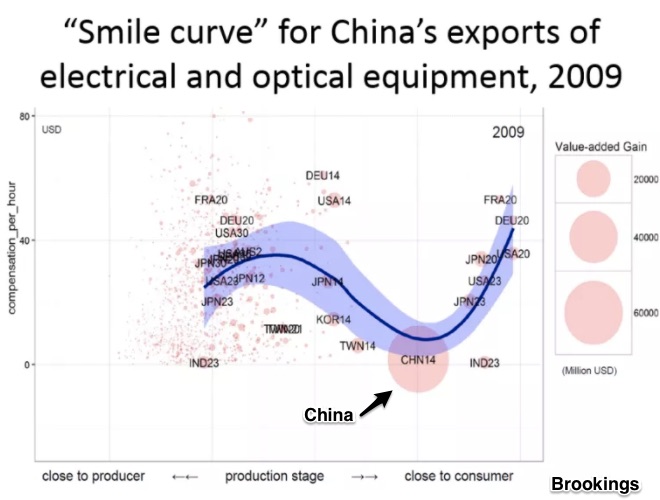 So yes, economists do smile when they look at global trade.

My sources and more: Thanks to Bloomberg for alerting me to the smile curve and this Brookings paper. Meanwhile, MH&L had wonderful Apple supply chain infographics.