A Reality Check For Pension Recipients

The tiny island of Nantucket has a problem that is shared by many larger places.

They are having a tough time paying for their elderly residents.

Nantucket’s one retirement home has been around since 1822. Owned and funded by the local government, the residence loses millions of dollars each year. But it is the only place a wife can send her 90-year-old husband when she is unable to care for him.

The town has to decide if it should allocate its limited revenue to the Island Home or to other services and infrastructure that its tax base of summer residents would fully utilize. A “no” would mean the elderly year-rounders have to leave the island to find a nursing home on the mainland.

Nantucket and many other communities throughout the U.S. have the same dilemma. They have to decide how to fund the needs of an increasingly large elderly population.

The immensity of the problem can be seen through most states’ teacher pension funds.

You can see below that the Urban Institute’s average teacher pension plan grade is a C. While there are no A’s, 7 states have D’s and 5 (plus Washington DC), got an F: 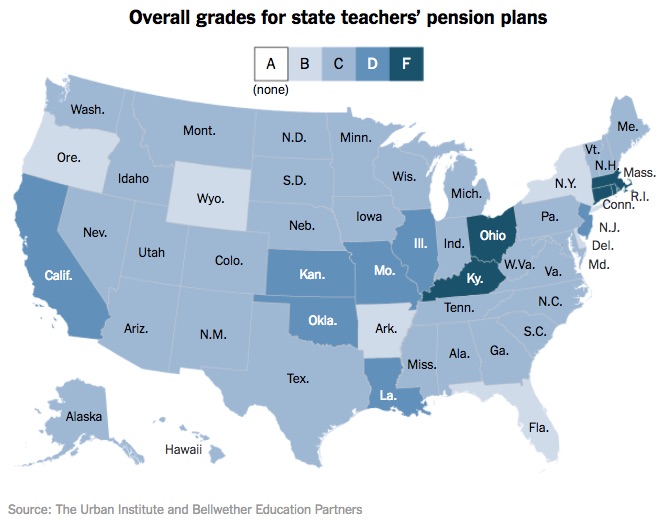 Those low grades indicate several or all of the following problems:

Moving to the bigger pension picture, the situation gets no better. Again, there are no A’s, and many more C’s. 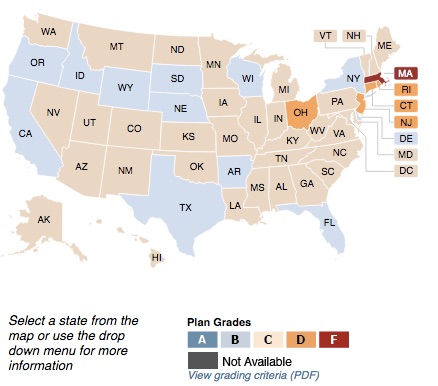 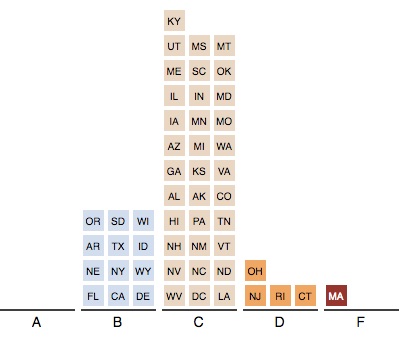 Looking through another lens, Bloomberg tells us that New Jersey has just 37.5 cents to pay for each dollar of benefits that it promised its employees. By contrast, South Dakota (a B state) has $1.02.

Related to its revenue, spending and borrowing, each state’s fiscal health echoes its pension obligations. You can see that South Dakota is a healthy shade of green while New Jersey is not: 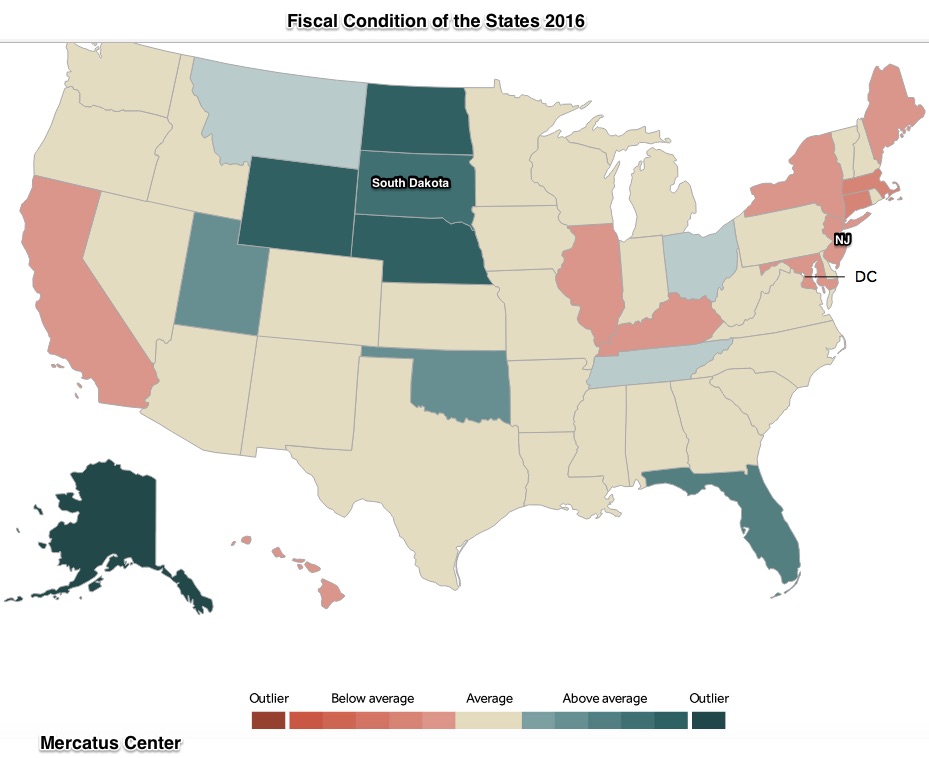 The states’ pension problems return us to where we began. Like Nantucket, most states have some tough choices.

But as economists we know that every decision has an opportunity cost. There is no free lunch…or pension.

My sources and more: All so perfectly the WSJ story on Nantucket’s publicly funded nursing home complemented the Urban Institute state pension report card. Instead, if you want a quickie summary, I recommend these articles from the NY Times and Bloomberg.

What Star Wars Can Teach Us About Success

Throwback Thursday: Sending Tanks (and Thanks) to a Canal