Paying More at the Gas Pump

With drivers paying the most, the Highway Trust fund has gotten its spending power from the gasoline tax. The problem though is the gas tax has been 18.4 cents per gallon since 1993. Just to have maintained the spending power of the tax, it would have to be 30 cents per gallon today. In addition, our cars are more fuel efficient and we are driving less.

In the following map, you can see who drove less:

I thought a labeled map could come in handy: 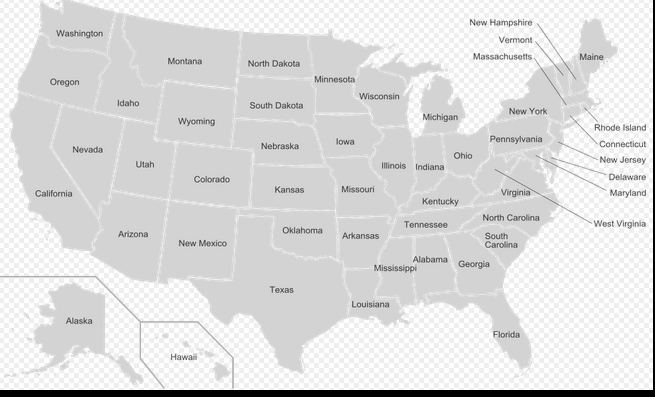 The fund’s dollars are primarily targeted for highways and mass transit. With 75 percent coming from the highways budget and the rest focusing on mass transit, trust fund money also preserves scenic views, constructs bike paths and maintains vegetation. The problem here could be too many projects.

With funding far less than gas tax revenue, the trust fund has needed extra help from the general fund of the federal budget. 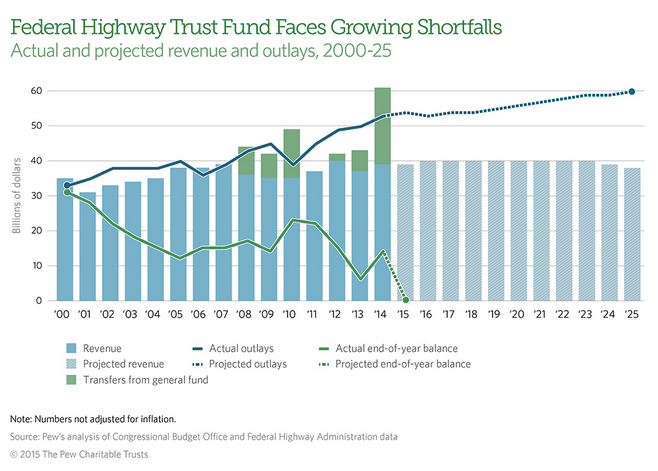 You can see above that the projected end-of-the-year balance of the Highway Trust Fund  (dotted green line) for this year is zero. That means Congress has got to do something. So far, they have just agreed not to raise the gasoline tax.

Our Bottom Line: Types of Taxation

Philosophically, it made sense to use the gasoline tax for the Highway Trust fund. Representing a “benefits received” philosophy, the tax embodied the idea that drivers should pay for their roads. The downside though takes us to another tax philosophy. If you believe that taxes should come from the affluent rather than those with smaller paychecks, that means a higher gas tax is not the answer. Called a regressive tax, every penny at the pump takes a higher percent of the income of those who earn less than those with more.

So, is a higher gasoline tax the solution to the Highway Trust Fund’s Insolvency?

How Much Your Sleep Costs You

Why Major League Baseball Has a C+ Gender Grade