How We Got Cheesier Pizza

On average, we are eating close to 35 pounds of cheese a year. (And some of us, like me, consume much more.)

To see why, our story starts with Domino’s and ends with the federal budget.

Knowing that their pizza did not taste very good, Domino’s needed a gimmick. So, in 1984, it said that delivery would arrive in 30 minutes. Any longer and the pizza would be free. Two years later, they switched and said a late delivery got you a $3 discount.

As a marketing tactic, fast delivery worked beautifully…except for one problem. There were several highly publicized auto accidents involving Domino’s drivers. Pressured by the bad publicity and perhaps a court that awarded $78 million to a victim (they settled later for less), Domino’s canceled its delivery promise.

But then, their pizza had to get better. And here is where the U.S. government gets involved. Domino’s had a taste problem and the dairy industry had a cheese glut. Combine the two and you get cheesier pizza. In 2010, supported by $12 million in marketing money from the USDA through its Dairy Management program, Domino’s introduced its Legends Line of cheesier pizza.

This says it all. There were six cheeses on top and two in the crust. It was cheesy: 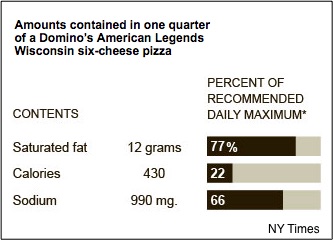 Domino’s was not the only one. Through experts assigned to fast food firms, the USDA’s Dairy Management program helped them develop and market new products. Taco Bell got the Quesalupa with its “five sense extravaganza of melt and stretch.” Pizza Hut created its Stuffed Crust with cheese sticks baked into the rim.

Partially funded by the U.S. government with the rest coming from the dairy industry, we got marketing initiatives like “Got Milk.” And we also wound up with more cheese on the menu: 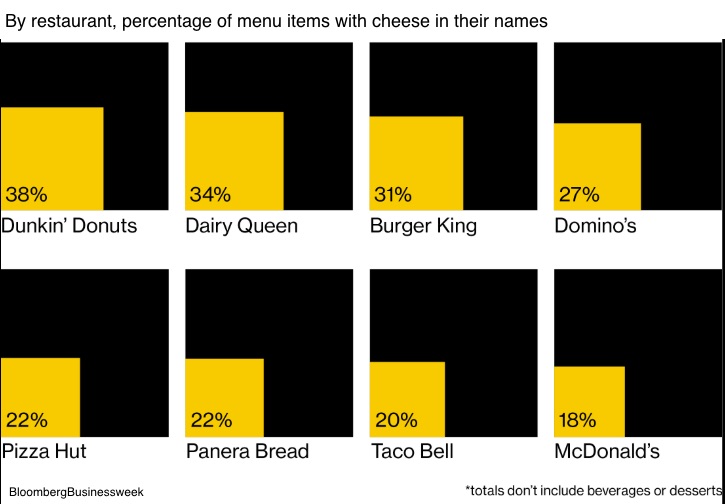 Our Bottom Line: The Federal Deficit

The April report from the Congressional Budget office projected a soaring deficit during the next decade. Correspondingly, for the first eight months of fiscal 2018, the shortfall was $97 billion more than for the same period in 2017.

Now, I know the connection is distant because the amount is so small compared to entitlement spending but…

Dairy Management spending will add to that shortfall.

My sources and more: Thanks to Now I Know for alerting me to the Domino’s story. The paths from there diverged, ranging from why they stopped the 30 minute promise to why they added more cheese and the CBO. As for our cheese consumption, the NY Times has the Domino’s data. But if you read just one article, this is the one. Finally, you might enjoy this Colbert Report on Domino’s cheesier pizza. Do skip the very end and 2:32-2:49 if you want to avoid the “bawdy” sections.”

How the EU and the U.S. Fought a Banana Trade War