In Japan, a train melody could tell you to board immediately because a departure is imminent.

Do listen. After hearing one, I continued because they were so pleasant:

The train melodies replaced an irritating buzz and a conductor’s whistle. First created 30 years ago, these hassha tunes are supposed to reduce commuter stress and rushing incidents. They last no longer than seven seconds, a length that research indicated was soothing and gave last minute commuters enough time to board. (Not quite like the NJ Transit stations I use.)

Where are we going? To the nudges that guide us.

Japanese railway stations are expert at shaping riders’ behavior. People know that the trains run precisely on time. When one train left the station 25 seconds early on May 11, the railway said the mistake was “truly inexcusable.” Floor signage exactly indicates where commuters should stand while waiting near the tracks. And high frequency sounds that only the young can hear make it uncomfortable for teens to loiter in certain areas. 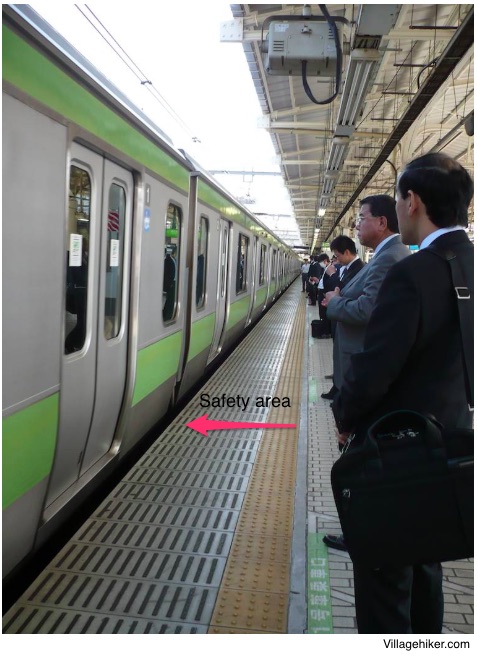 The Japanese also seem to be taking advantage of a spontaneous order that comes from their cultural norms. On escalators, commuters’ behavior is predictable. With no one telling anyone where to go, they queue on one side and let others walk up on the other.

We can also look at airports to see how design shapes behavior.

In the International Terminal at Hartsfield-Jackson Airport, wayfinders used architectural signals to guide travelers. Angled counters were supposed to push us in the right direction while unblocked sight lines eliminated the need for signs. Color too helped travelers decide where to go when it was used in a mostly monochromatic space.

Similarly, at Amsterdam’s Schiphol Airport, Paul Mijksenaar, a Dutch wayfinder, made it easier for us to remember where we parked. Instead of a letter and a number like B23, he used graphics: 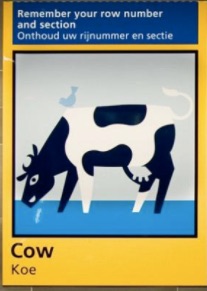 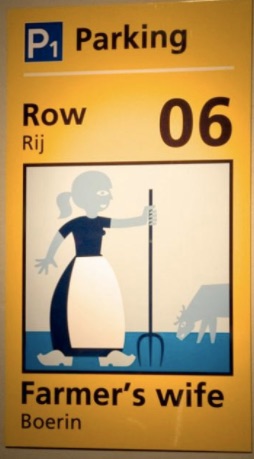 Nobel Memorial Prize winner Richard Thaler was the behavioral economist who explained the nudges (with Cass Sunstein) that influence our decisions.  Good design is the perfect example of a nudge–especially when it is assisted by cultural norms that assure it will be felt.

So, what do we need from our trains and planes? The nudges that tell us how to get where we are going.

My sources and more: For a discussion pf wayfinders, I returned to David Zweig’s Invisibles  and the airport episode of 99% Invisible. But my nudge came from yesterday’s  City Lab article on the psychology of Japanese rail travel.

The Amsterdam airport example was previously published at econlife and our featured image is from Reuters via City Lab. Also, this post was slightly edited after publication.