Like the General Motors of the 1920s,  Elon Musk has said he wants a car for every pocketbook. But his Tesla was always a luxury car. Averaging a $75,000+ sticker, it was in a class with top-of-the-line BMW, Mercedes, Porsche, and other luxury vehicles.

You can see that current production estimates are not close to the size of the wait list: 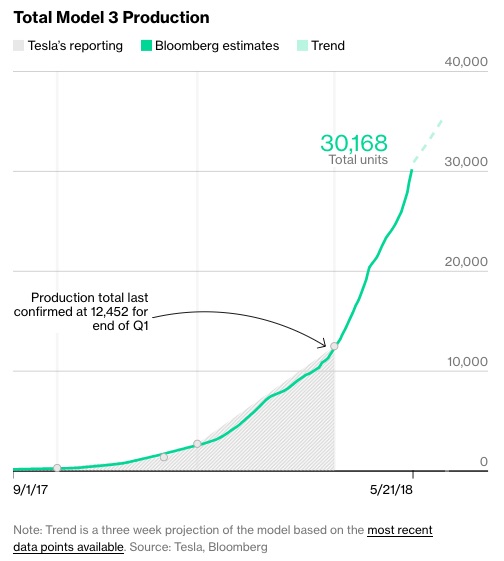 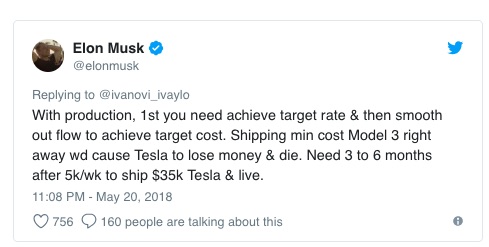 Or, as a Bloomberg analyst commented: “A Model 3 with a $35,000 price will be the rarest of the rare,..Perhaps the second most collectible Tesla ever, behind the one floating around in space.”

Imagine for a moment a T-shirt. If I said the price was $10, you would know a lot about it.

In the former Soviet Union, your response would have been quite different. Established by a committee, the price was just a number that coordinated with other pre-ordained amounts for wages, capital, and land. As an amount that someone chose, it conveyed no information.

In a market system, price has a function. A high price can encourage the supply side to make more because of the profits that accompany it. Targeting a lower price, other producers (like Henry Ford) could become more efficient. Meanwhile, consumers use prices to judge whether a good or a service is a luxury.

And that returns us to Tesla. Hearing $35,000, the message was loud and clear. On the demand side, $35,000 said that Tesla no longer had to be a luxury vehicle. To Tesla though, the same number signaled a loss and maybe the incentive to stop production.

Price is the boss. It helps all of us make some decisions.

My sources and more: Bloomberg has done a good job of providing a Tesla “tracker” and the current situation.

Please note that our featured image is a Tesla Model X.