The Revolution That Grandma Started

The NYC Miss Subways competition was about a lot more than pretty “girls” (as they were called).

To become Miss Subways for a month, applicants had to submit a picture to the John Robert Powers Agency. From perhaps 1000 applicants, 25 were chosen and then the public voted. For one month, the winner’s picture and a taste of her life were posted on NYC subway cars. Between 1941 and 1976, there were more than 200 Miss Subways.

Called “average girls,” most expected to marry and care for a family: 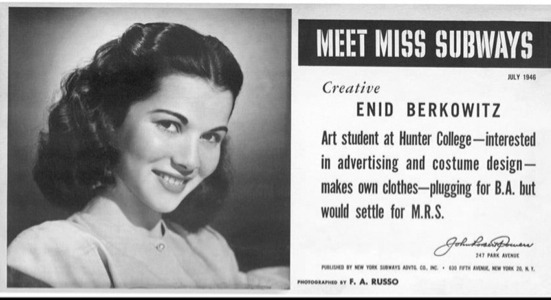 Some would become teachers. 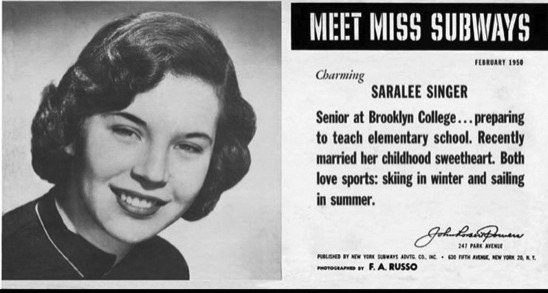 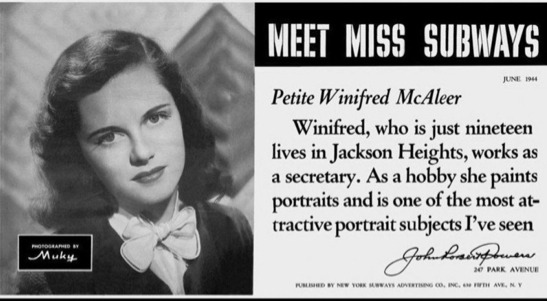 The 1940s and 1950s Miss Subways were a part of what Harvard economist Claudia Goldin characterized as the 2nd and 3rd stages of women’s evolution. The first stage lasted until 1920, the second until 1950 and the third until the late 1970s.

Then came the revolution.

As Goldin describes it, through the 4 stages, a woman’s horizon, identity and decision-making changed. Her horizon involved whether she perceived work force participation as a part of her longterm future. A woman’s identity connected to whether her career defined who she was. And finally, the last piece of the puzzle focused on whether the wife was a “secondary worker” or making her labor force decisions jointly with her spouse.

The graphs in Goldin’s “The Quiet Revolution That Transformed Women’s Employment, Education and Family” were excellent:

You can see that career choices started to change right after the 1940s and 1950s Miss Subways: 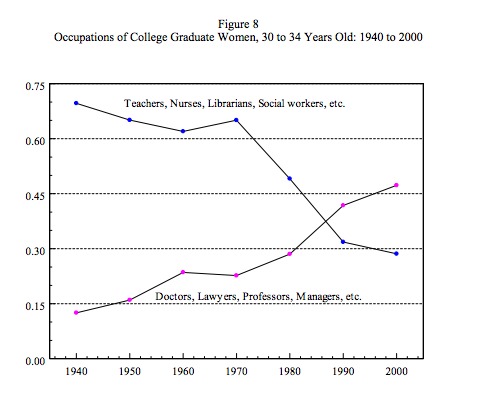 Those Miss Subways “average girls” were really women participating in the very beginning of a revolution that transformed human capital, the family, and the GDP.

Sources and Resources: My 5-mile walk yesterday seemed faster than usual because it was a good podcast day. Expecting a 99% invisible episode, I instead listened to a mesmerizing description of the 1945 Empire State Building plane crash from the people who survived. Since the podcast was created by radiodiaries, I decided to take a look at their work and wound up listening to Miss Subways. And then this Claudia Goldin paper provided the academic perspective and my graphs while The Huffington Post had the pictures.

The Trade-Offs of Prolonging Life