When an African Pipeline Is About Much More Than Oil

It turns out that there was a lot more there than anyone suspected.

You can see that one end of a proposed East African pipeline is where Ugandan touches Lake Albert: 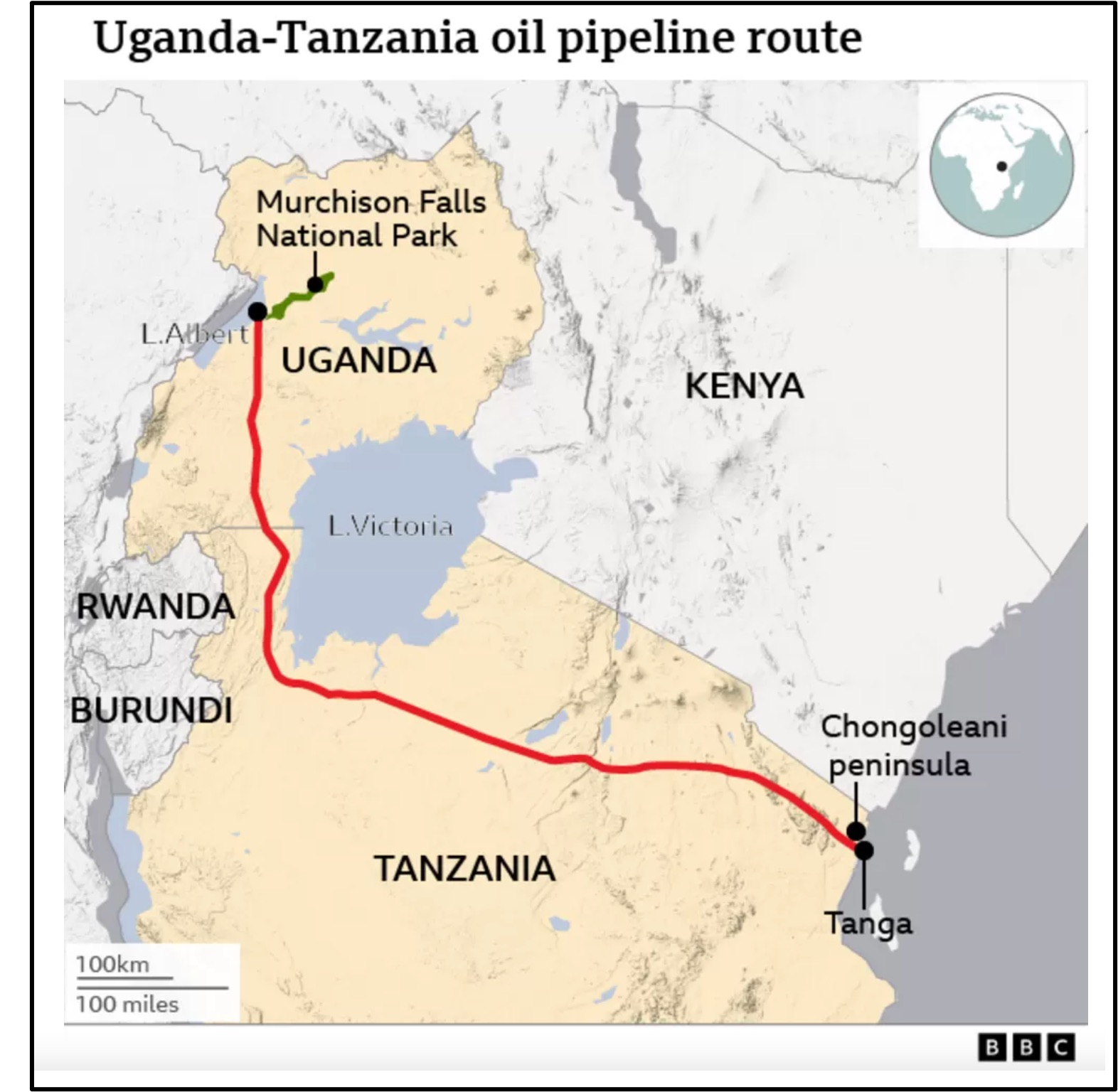 The International Energy Agency asked all of us not to start any new fossil fuel projects. However, Uganda and Tanzania believe that an East African oil pipeline is about economic growth.

However, it’s a bit more complicated.

At first Kenya competed with Tanzania for the pipeline route. Then, with Tanzania the choice, villagers had to be relocated from their land on the Chongoleani penninsula. After that, citing environmental, climate, and human rights conerns, the European Union wound up on the oppostion side. Responding, the Africans said they were just doing what the rich nations had done for centuries and desrved subsidies from them if they canceled the project. In addition,  EU countries are the source of 17 percent GHG emissions while the Africa total is approximately 3 percent. Furthermors, more than 80 percent of Uganda’s and Tanzania’s energy come from renewable sources. Way smaller, for the EU, it’s 22 percent.

Then, to all of this, we can cite the concerns with big business. Because the French multinational TotalEnergies will play a huge role, the locals are worried that the oil revenue could leave the country.

Always, the path to climate change takes us the tradeoff between growing the economy or preserving the planet. If, in three years, 230,000 barrels are pumped a day, then Uganda could receive between 30 and 75 percent of its annual tax revenue. Meanwhile, at $12 a barrel, Tanzania’s revenue could get a $1 billion annual boost. On the other hand, the cost could be 34 million tons of carbon emissions a year and a much warmer future than our planet could manage.

So yes, we all enjoy the future benefit. But who would “pay” the current cost (sacrifice)?

My sources and more: Thanks to the BBC’s Climate Question podcast for alerting me to the peoposed pipeline. From there, this BBC article was ideal for the details. (From Pixabay, our feautured image pipeline is in Alberta.)