When it comes to Halloween candy, there is less of a red and blue state divide. Among the states that agree, the people in California (blue) and Kentucky (red) prefer Reese’s Cups. Meanwhile, Delaware (blue) and Arkansas (red), chose Sour Patch Kids.

We could say that Skittles, Starburst, and Hershey’s Mini Bars unite us. A slew of red and blue states placed at least one of them in their top three: 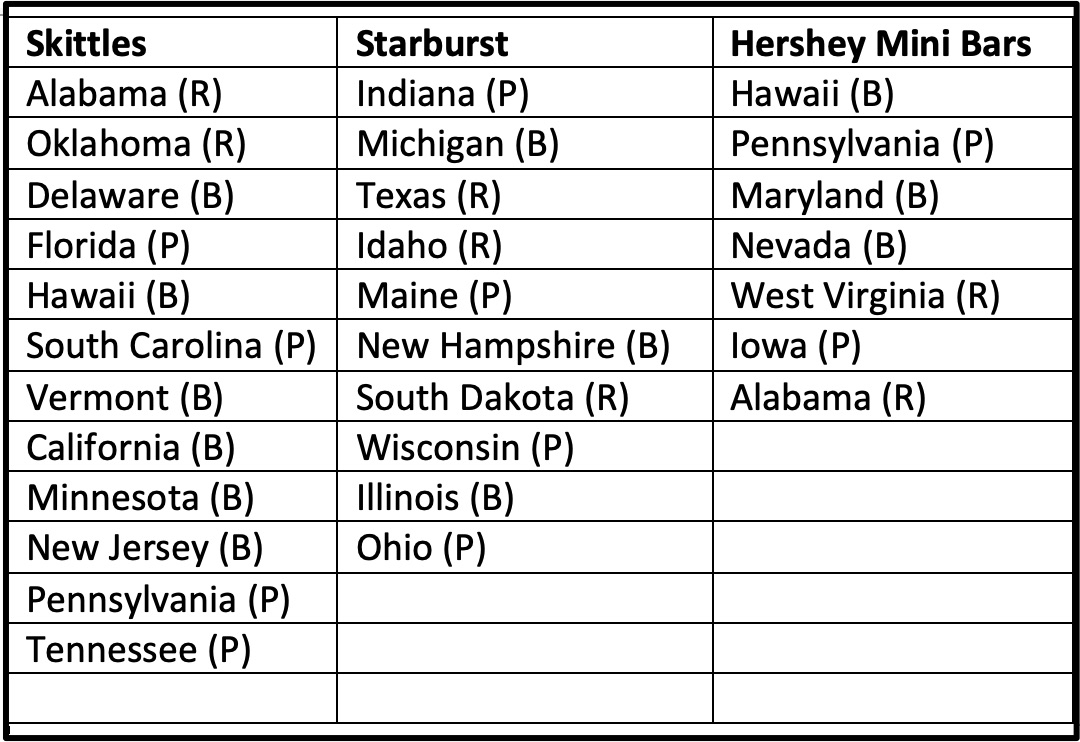 For the 2022 Top Ten, Reese’s Cups has the #1 slot and Skittles, #2. Slightly different two years ago, Skittles was #1, Reese’s #2, At the same time Jolly Ranchers and Tootsie Pops come and go.

Based on a survey of 20,000 of its own customers, CandyStore created a worst list. I can’t quite figure out the Candy Corn situation. It seems to be loved and hated: 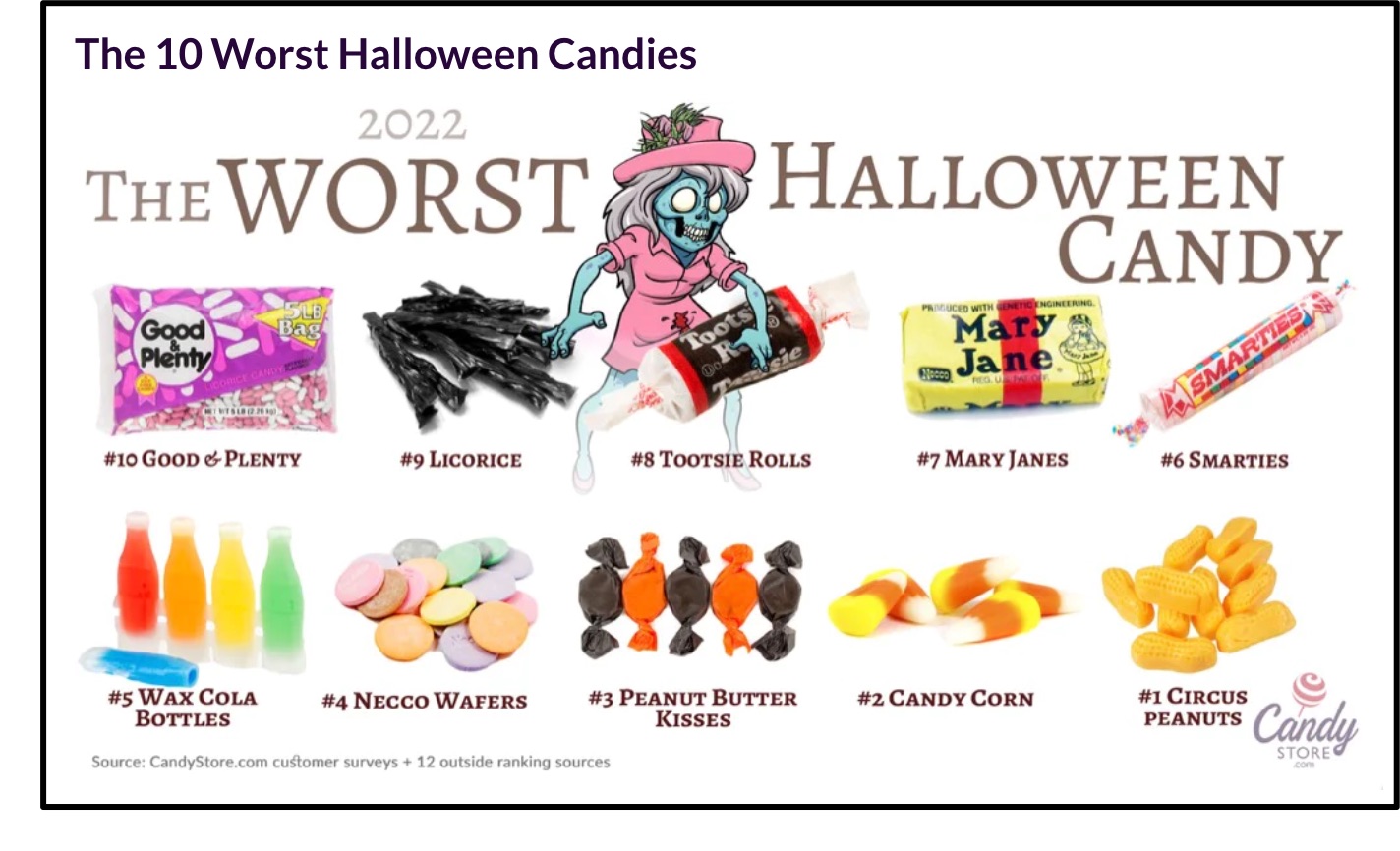 For economists, Halloween spending is about more than candy. It takes us to the consumption component of the GDP. While consumption has been estimated at 70 percent of the GDP, not all economists agree that the proportion is that large. But it is much more than the government, gross investment, and net exports segments of the GDP.

Through our Halloween spending, the GDP will get a projected extra $10.6 billion: 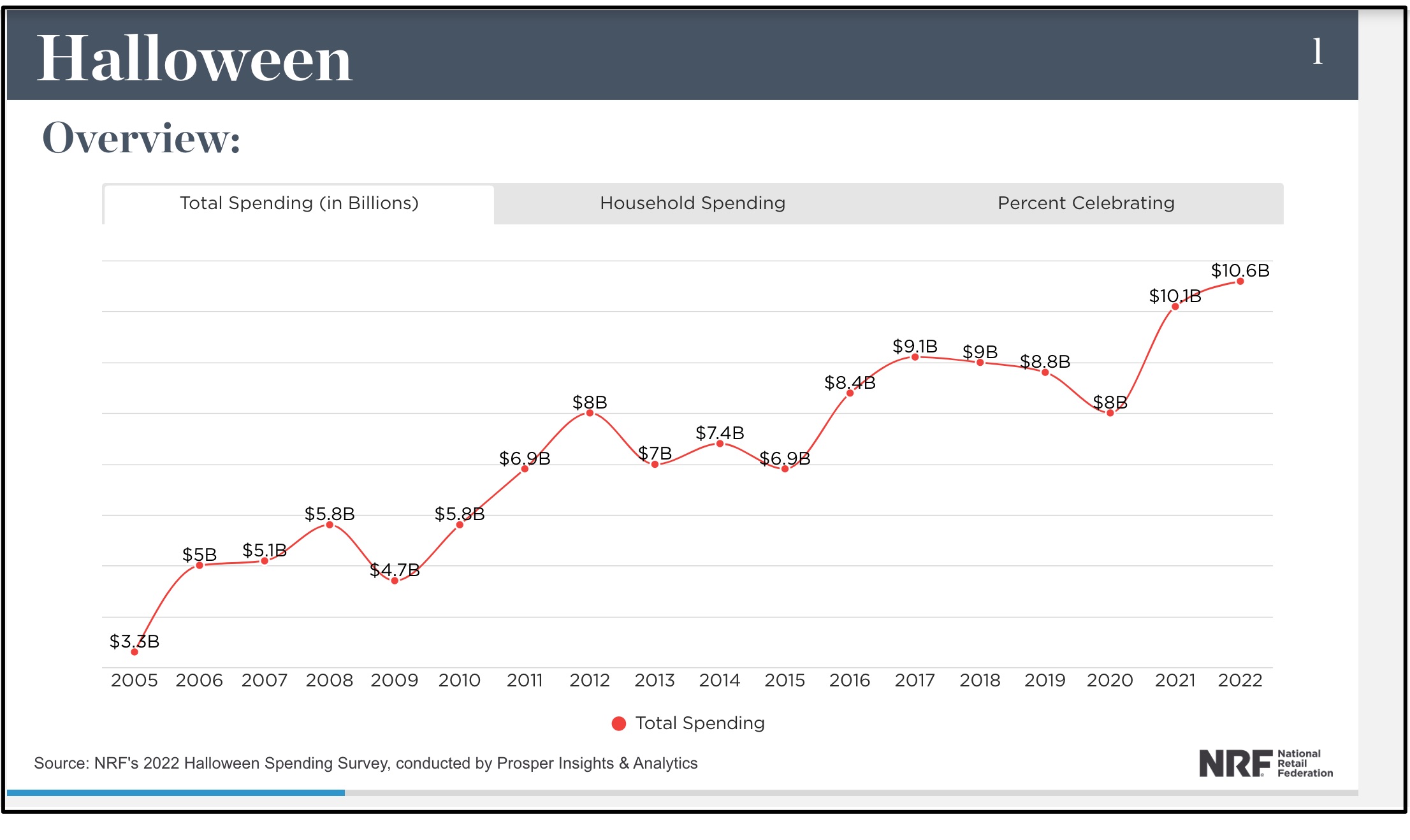 And the most will be spent on candy: 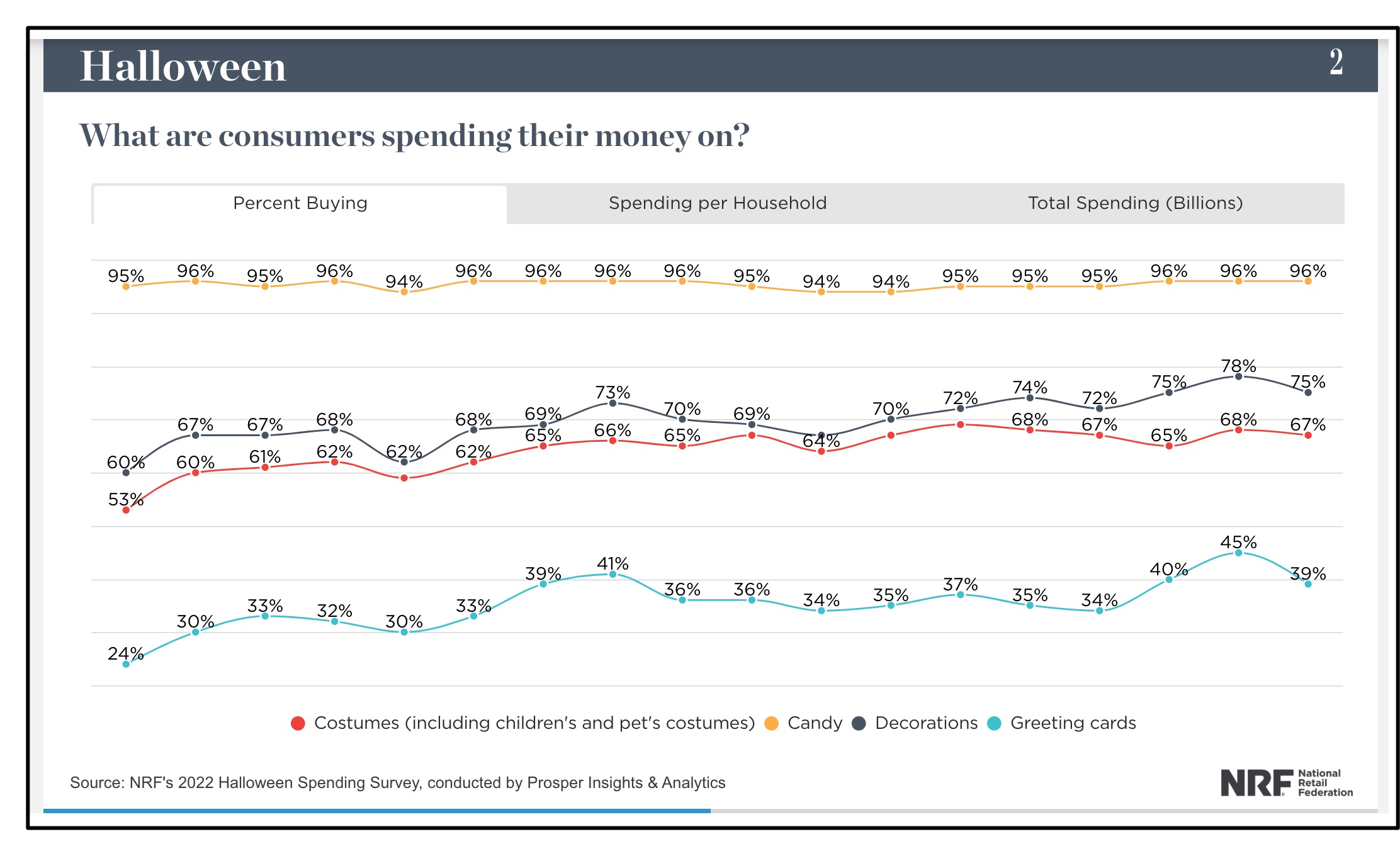 I guess we are spending a lot on Skittles.

My sources and more: For my top ten candy lists, it was the most fun to see each state’s candy preference at CandyStore.com and to ponder the broader significance. Then, I checked the National Retail Federation website for more facts than you ever wanted to know about Halloween candy. And finally, the World Population Review had a map for the red and blue states. Quoting some of the past, this post is an update.

When an African Pipeline Is About Much More Than Oil