Off the menu since the end of last fall, the Starbucks Pumpkin Spice Latte returned yesterday.

Someone once suggested that they keep it on the menu year round. That would have been a big mistake.

Developing the first Pumpkin Spice Latte, the Starbucks Director of Espresso and his team reputedly poured espresso on top of pumpkin pies. Then, tasting each batch (I assume), and eating pumpkin pie for 3 months (according to Delish), their goal was to figure out the best cinnamon, milk, coffee, and nutmeg ratio. As for a name, before its 2003 launch, Starbucks debated calling its new pumpkin spice drink, the “Fall Harvest Latte.” Some smart person decided “no” and the rest of the story is pumpkin spice latte history.

With its PSL seasonal product, Starbucks has bumped up sales: 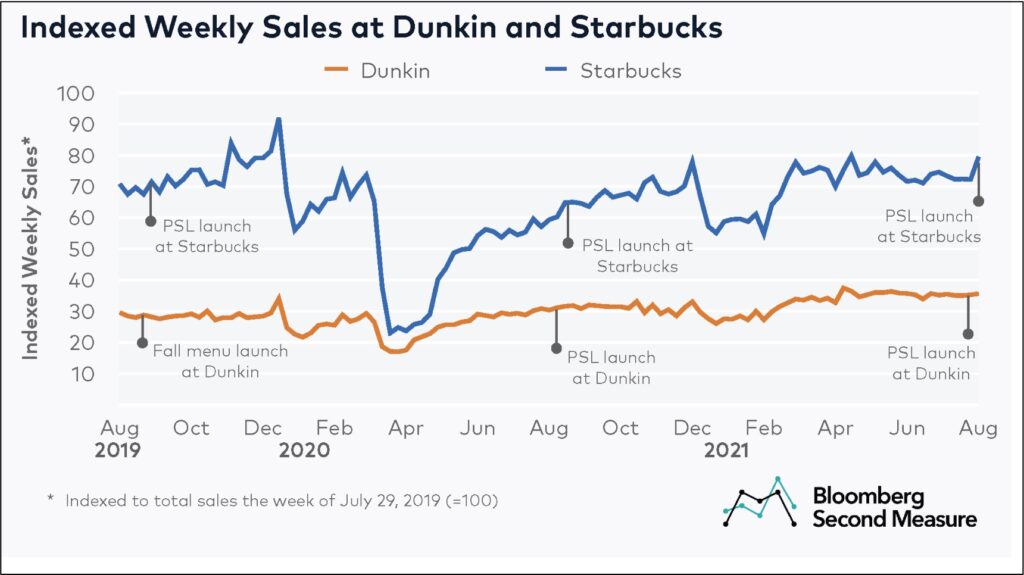 I wonder why the Dunkin’ Starbucks imbalance is huge in California. 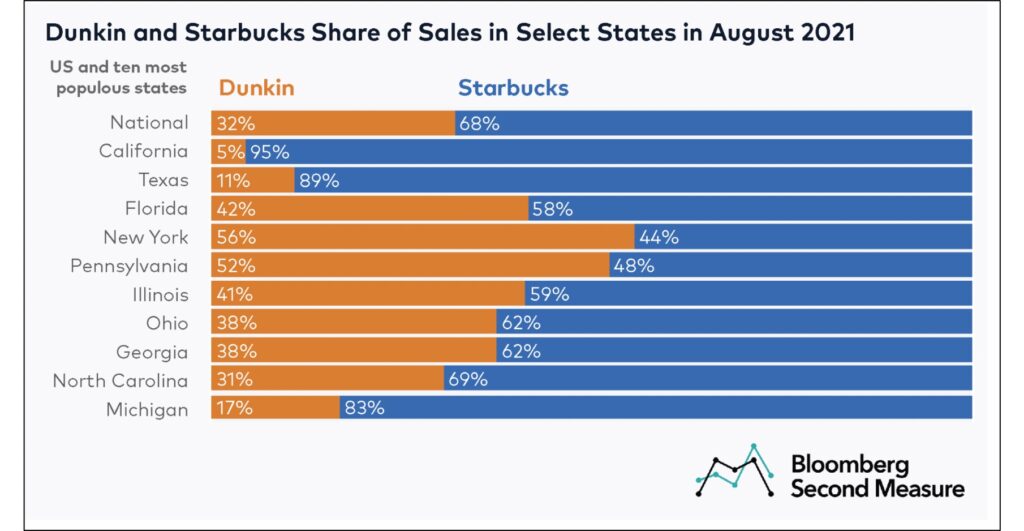 More than its taste, there is just one reason for the huge popularity of the Pumpkin Spice Latte. It is all about enjoying the last drink less than the first one.

Given a pile of chocolate chip cookies when we are hungry, the first is delicious and so too is the second one. But then the extra pleasure we get from each subsequent cookie plummets. Or, using economic language, we say that the marginal utility diminishes.

Similarly, when Pumpkin Spice Lattes hit the menu, fans rush to purchase them. For whatever reason–taste, anticipation, trendiness–the quantity we demand surges. Next however, the excitement subsides and, sooner or later, we buy less. Like our chocolate chip cookies, we experience diminishing marginal utility. Every extra Pumpkin Spice Latte tastes less good.

We should also add that Nobel economics prize winner Daniel Kahneman tells us that our memory of an experience can be quite different from the experience. Most typically, what happened at the end determines what we remember. With the Pumpkin Spice Latte, our last experience is a good memory because we wanted more. Before we can touch the bottom of our demand curve, Thanksgiving arrives and these limited edition drinks disappear from the menu.

So why do we love our PSLs? Because they are gone for at least eight months. Returning to where we began, it would be a whopping mistake to keep the PSL on the menu.

My sources and more: Looking for some new facts on PSL, I discovered this FOOD&WINE history and Bloomberg’s sales data. Meanwhile, Delish had more about its horrifying caloric and sugar content. As for memory, this Kahneman NPR interview has more. And finally, I should add that I have never purchased a PSL because I am one of the few people who dislike it.

Also, please note that several of today’s sentences about diminishing marginal utility were published in a past econlife and our featured image is from Insider.

How the Global Gender Gap Changed in 2022