The Brexit draft agreement that Parliament will not vote on today has 585 pages. I took a brief peek, gave up, and then went to the media summaries. Yes, the political and the economic details are overwhelming. And they could soon change because Mrs. May said she would negotiate further with EU leaders.

But let’s take a brief look.

1.  You can see below what happens if a vote fails. 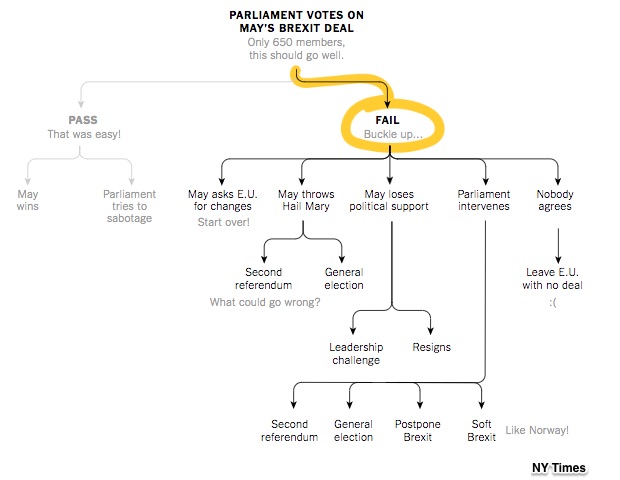 2. The Irish Border is one of the biggest problems.

Stated simply, they have to decide. Continued free movement could mean preserving EU customs union rules. It could mean a NAFTA free trade kind of a deal. It could mean a transition period. No one wants a hard border between Ireland and Northern Ireland. But no one agrees on the solution.

3. Another big concern is retaining too much of the EU tax and regulatory structure.

The agreement creates “level playing field” obligations. Their purpose? To keep U.K. businesses on an equal footing with those in the EU. Practically, that would mean retaining some environmental standards, taxes, labor regulations…precisely what a pro-Brexit vote sought to eliminate.

4. But they could want the U.K.’s financial markets to retain EU privileges.

As a financial center, London’s influence would be diminished by new rules that currently apply to the U.S. and Japan.

Some are unhappy with the power of an arbitration panel that would settle disputes after a transition period. The committee could send EU law-related cases to the European court of Justice whose decisions would be binding for any disputes they settled.

6. The European Court of Justice said the U.K. could legally change its mind.

Whereas a 2016 referendum initiated the U.K.’s divorce from the EU, they could cancel it before the March 29 withdrawal date. It would be relatively simple because the 27 other member nations would not have to approve. The U.K. just has to notify the EU in writing after following their own constitutional requisites.

Our Bottom Line: What Businesses Expect

In a Thomson Reuters report, businesses expressed their concerns, hopes and expectations.

When asked about their greatest concerns, they said that trade complexities were a top worry: 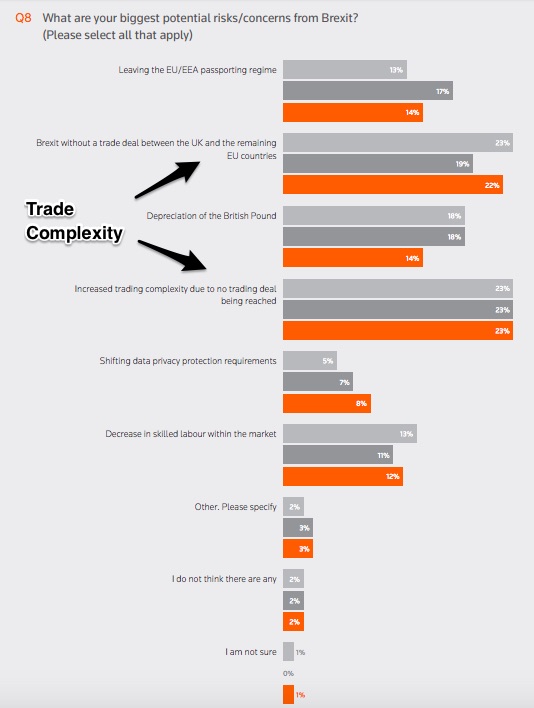 Their response to Brexit’s benefits further revealed their negative outlook. Many said there weren’t any: 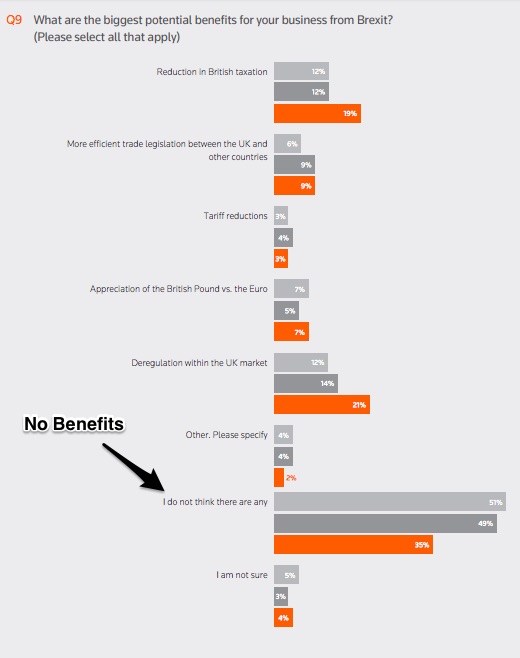 Please note that our featured image and survey are from this Thomas Reuters Brexit report.

The Light Side of South Africa's Electricity Problems