What Brexit Subtracts From the EU

Brexit will be bad for the EU according to a median of 70% of those surveyed by Pew. However, in several nations, there was a divide. The young were more worried than the old and the left more concerned than the right.

France and Italy appear to be the least upset: 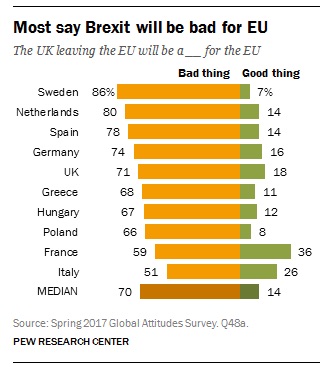 Where are we going? To a closer look at what the EU will lose when the U.K. leaves.

Losing 16% of its GDP, the EU’s economy will become smaller than the U.S. economy because of Brexit: 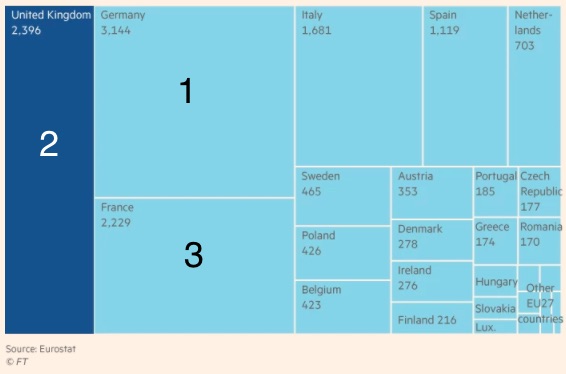 We can also subtract close to 13% of the EU’s population after the U.K. is gone: 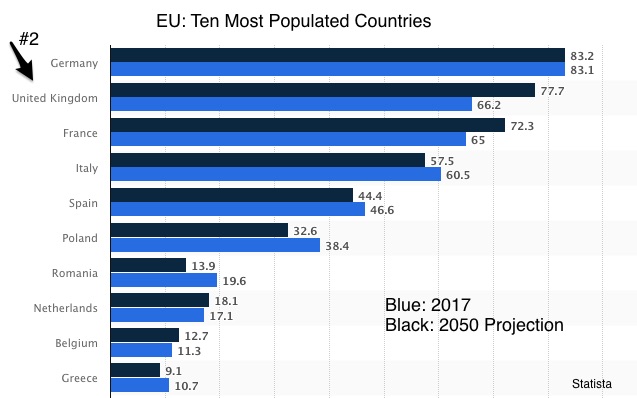 When calculating what the U.K. contributed to the EU budget, we include money that travels in two directions. The U.K. sent money to the budget while what it received included a rebate and public sector receipts. According to Reuters, the net amount was 19.4 billion euros in 2016. Now, at least until the end of 2020, the U.K. will be sending less to the EU. 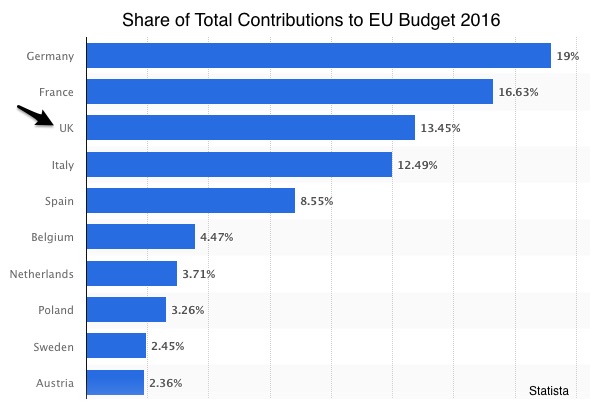 Whatever is finally negotiated, we can assume that the EU will experience higher transaction costs for the goods its sends to and receives from the U.K. The automotive industry will especially feel the impact.

So, we should recognize the cost of more red tape when the U.K. departs:

By March 30, 2019, the U.K. will be subject to EU rules but lose its right to influence them. Our question is what comes after that.

Some say we are dealing with the Norway or the Canada connection, the soft or hard Brexit. The Norway arrangement retains many of the U.K.’s EU benefits and obligations. It keeps many economic links. Vastly different, the Canada option is a hard Brexit based on free trade. World trade rules would kick in as new relationships unfold.

Of course, soft or hard are only two possibilities. Between the two, the permutations are endless. Wherever they wind up, it is likely that the Pew survey will be accurate for both sides. There is cause for concern.

My sources and more: For Brexit facts, FT  is ideal. But also these Pew and PWC reports provided a new lens while Brookings had the most analytic discussion. And always I thank Statista for their great graphs.

Deciding If Taxes Make You Move