Why Urban Farmers Plant Their Crops in Garages

During the 1950s, a trucker named Malcom McLean figured out the container box. Ideal for dry goods, it made shipping more efficient because nothing had to be unloaded until the last stop. The ship just docked and its container was moved to the truck or the train.

Twenty or so years later they figured out the reefer. More than a refrigerated container, the reefer was a climate controlled box. Its airflow, humidity, temperature, and gas concentrations all depended on the cargo.

A container ship with reefers: 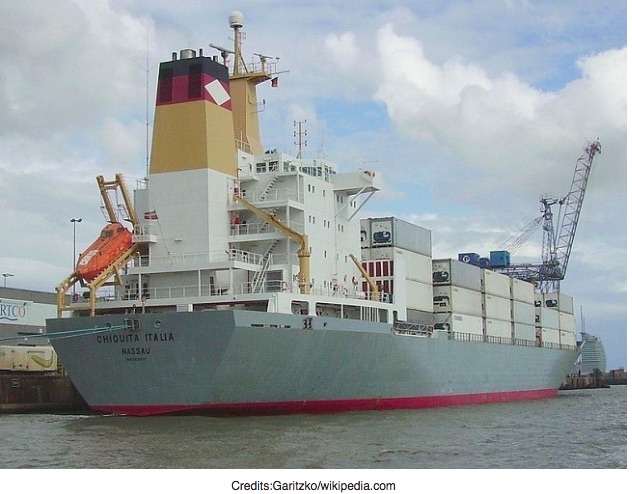 Now they’ve decided what to do with old reefers that no one wants.

The reefer is ideal for urban farming because a 320-square-foot insulated box can find a home in a warehouse, a garage, or behind a restaurant. Just think 63 degrees, intense lighting, and strict climate control. Add to that water circulation, tanks of liquid fertilizer, and supplemental CO2 and you get hydroponic farming in a box. A sellable product could grow in just six weeks. Like two acres of farmland, they can produce 48,568 mini-heads of lettuce in one year.

With strawberries though it was not quite as simple. Since strawberries are small plants that grow rather quickly, box farmers were hopeful. But recreating pollination has been tough. They’ve tried a vibration and fan system that dislodges the pollen and then blows it wherever it’s needed. Low cost labor and robots have also been proposed. And yes, one startup did bring in bumblebees.

Thinking of leafy greens, fruit, and more, some believe that indoor farming could supplement traditional farming and provide a back-up for extreme weather. Then though we are looking at much more than farms-in-a-box.

As economists, we could say that a farm-in-a-box is just a new recipe for land, labor, and capital. The land is wherever the reefer is placed. The capital includes the reefer itself, the computers, monitoring sensors, and any inventory. As for labor, the owners sound like they need more of a technology background than farming.

So, returning to that original 1950s box, then the reefer, and now the farm-in-a-box, I would just like to applaud innovation.

While this video markets Freight Farms’s Leafy Green Machine, it does let you judge firsthand whether the idea has a future:

My sources and more: Thanks to WSJ for alerting me to the indoor strawberry. The complementary article was on freight farming. Then finally, you might want to see the money that tech entrepreneurs have invested in these indoor farming startups.

Please note that several sentences about the history of the container were taken from a previous econlife post.

Why Driving is Safer in Sweden