Marijuana was another election winner.

Displaying our change in attitudes, voters said, “Okay,” to legalizing marijuana in Oregon, Alaska, and Washington D.C. By contrast, reflecting an older voting population and the need for 60 percent approval because it would have amended the constitution, Florida said “No” to medical marijuana.

Where are we going? Marijuana markets are being transformed by a change in demand.

Let’s start with the size of the demand side of marijuana markets. 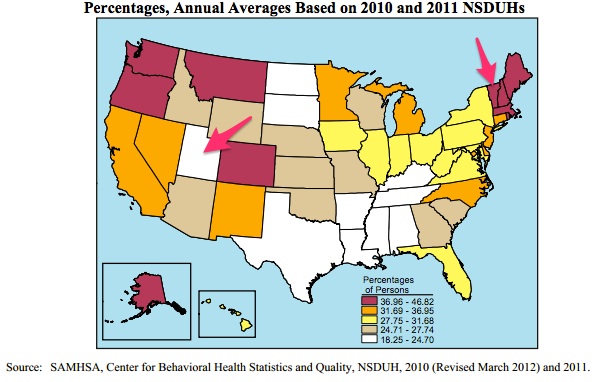 Next, let’s see where legalization is changing the demand side. 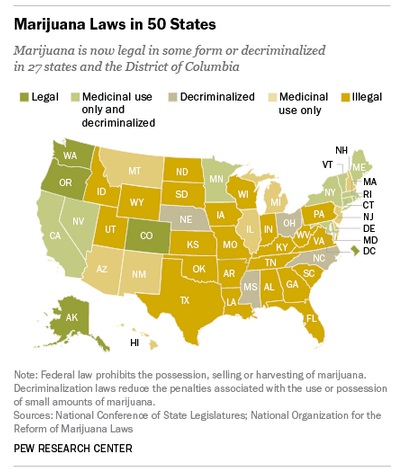 Asking why the demand side is changing, we can cite new attitudes that an economist might call an increase in utility: 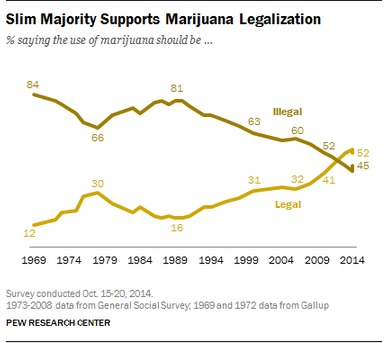 As always, the closer you look, the more you see. For marijuana demand, you can see below that the heaviest users—approximately one-fifth of Colorado’s legal pot buyers—constitute close to two-thirds of their estimated demand:

Finally, because price affects quantity demanded, we should note that Alaska plans a $50 per ounce tax, Oregon, $35 at the point of sale while Colorado’s sales tax has been close to 30 percent of the purchase price. As we wondered for Colorado, will high sales taxes nudge some demand back to the black market?

Legalizing marijuana creates an economic idea bonanza. When a substance is no longer illegal, the utility, the number of buyers and the attractiveness of a black market substitute all change while the demand for complementary goods increases. In addition, taxation enters the picture.

And… We haven’t even started to look at the supply side!

One Woman's Response To Uber

Our Weekly Roundup: From Being Cool to Being a Wise Investor