Why Our Tipping Behavior Changed

As of last August, Indiana had the nation’s highest tip rate while California had the lowest:

Even when inflation was soaring, many of us were leaving generous tips. Restaurant Dive tells us that during last September, 47 percent of all Americans at full service restaurants left a 20 percent tip. Furthermore, with prices up an average of 8.8 percent, still, 17 percent of the diners said they left more than 20 percent. On the other hand, the same 1,000 person survey indicated that 61 percent of us leave no tip at no-table-service establishments. As for where we are least likely to tip, it’s at our coffee shops.

And that is when our tipping behavior changed.

A 2022 paper displayed the prevalence of the 20 percent tip (and more) during the Covid pandemic: 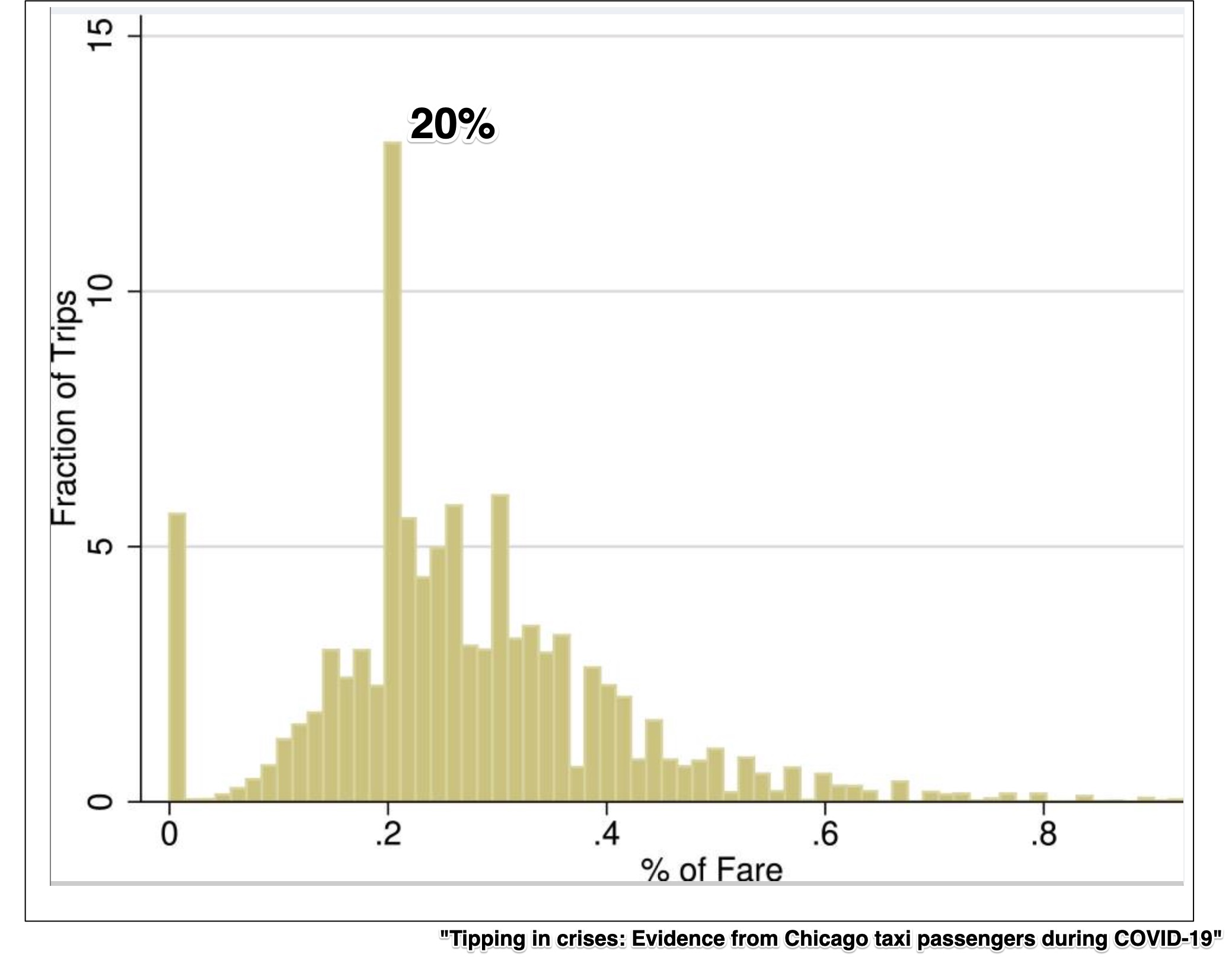 Perhaps though, the story of one quick service restaurant says it all about tipping behavior. Although they were located in an affluent suburb of Boston, the tip jar (with a hopeful adjacent note) received little that added to employees’ paychecks. Then though, in 2015, they switched to a custom tipping screen. Immediately displaying a difference, the average popped to $4 an hour per employee. Somewhat similarl;y, during 2013, riders used a credit card to pay for 55% of all the NYC cabs they used.  The data from 51 million cab rides show that 20% was the amount typically added to the fare.

Harvard law professor Cass Sunstein and Nobel economics Laureate Richard Thaler explained that we gravitate to defaults because they simplify our lives. In their book Nudge, they add that many people believe the default must be beneficial because it is the default. Furthermore, people get decision fatigue and select the “yeah, whatever” choice because the default is almost like “doing nothing.”

As economists we should add that those default options are decision “nudges” that shape demand and supply. No longer do we have millions of consumers and producers independently affecting equilibrium. Instead defaults create the incentive to select a specific type of mortgage, a certain retirement plan…or a 20% restaurant or taxi tip.

My sources and more: For the most up-to-date tipping information, Restaurant Dive is a good place to start. From there, Skift Table and this paper had more of the story. However, above all, I recommend the Hustle Newsletter.  It inspired today’s topic. And finally, econlife has more on tipping here.

Please note that some of today’s research was published in a past econlife post.

Why We Have a Santa Shortage

Why Argentina Will Get a (World Cup) GDP Boost