When we looked at six facts about globalization, here and here, there was lots we did not say.

Traveling from New Jersey to Texas, the first commercial container ship left port in 1956. Its name was the SS Ideal X. The money saved by the new kind of vessel was massive. Whereas loading a ship had previously cost $5.86 a ton, the container brought it down to 16 cents a ton. During the next year, the first container ships had 226 containers with a capacity of 60,000 pounds.

Below, a contemporary container is being moved:

2. Ports and canals have had to respond to the ever growing size of container ships.

To accommodate the largest vessels, the Panama Canal completed its expansion plans in 2016. At the same time,  U.S. ports like Baltimore and Miami had to dredge deeper while a bridge in Bayonne, NJ went higher.

The port of Oakland, California needed new gargantuan cranes like this one: 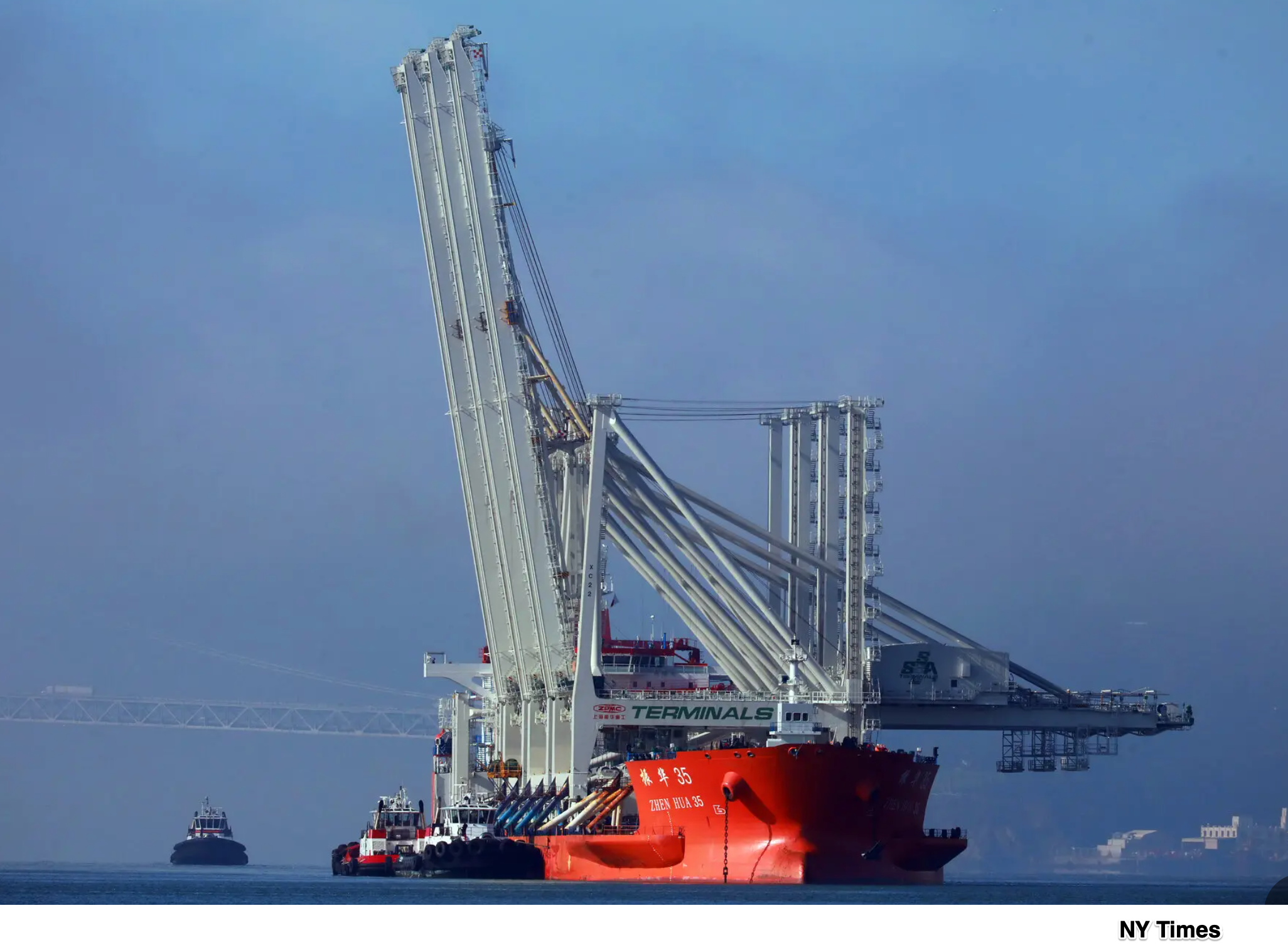 Earlier this year, when the Ever Given beached in the Suez Canal, the impact was multiplied by the size and number (100) of the ships that it blocked. It was estimated that the blocked goods were worth $9.6 billion.

The Ever Given itself had 20,000 containers: 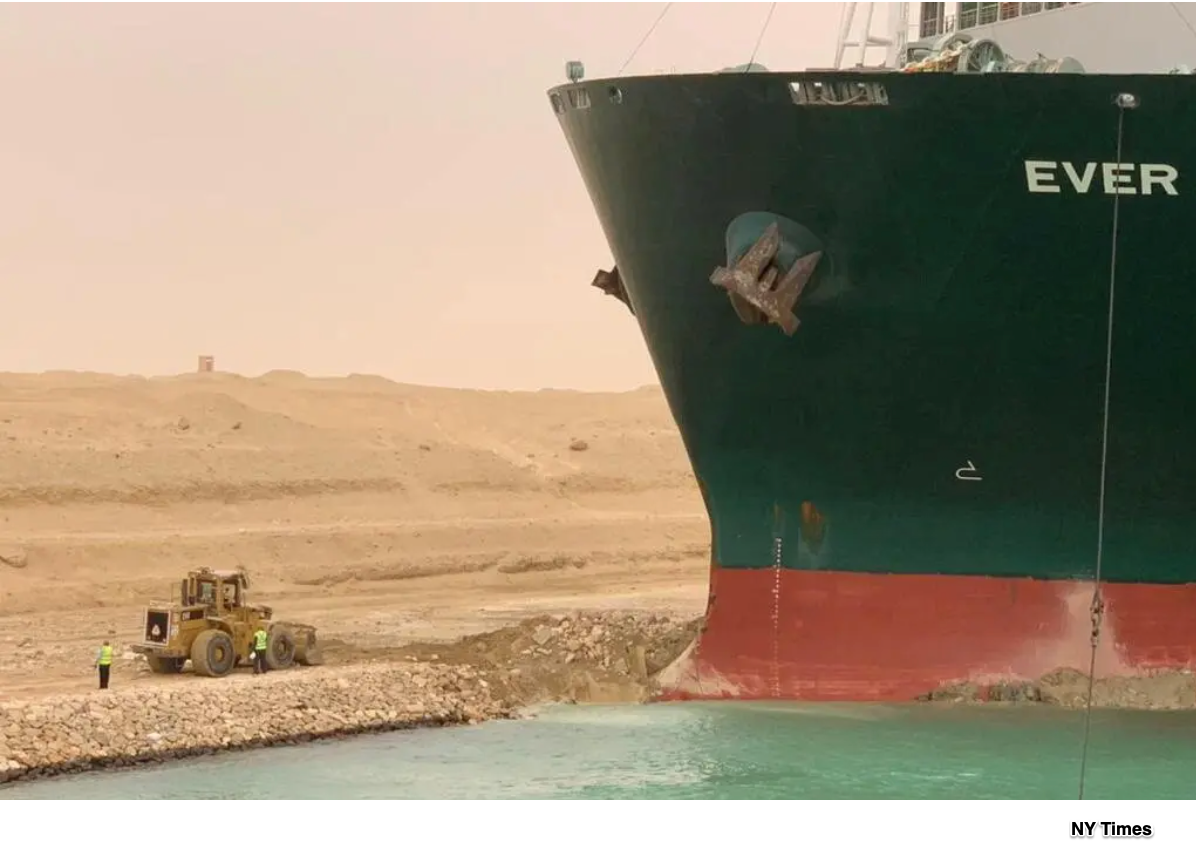 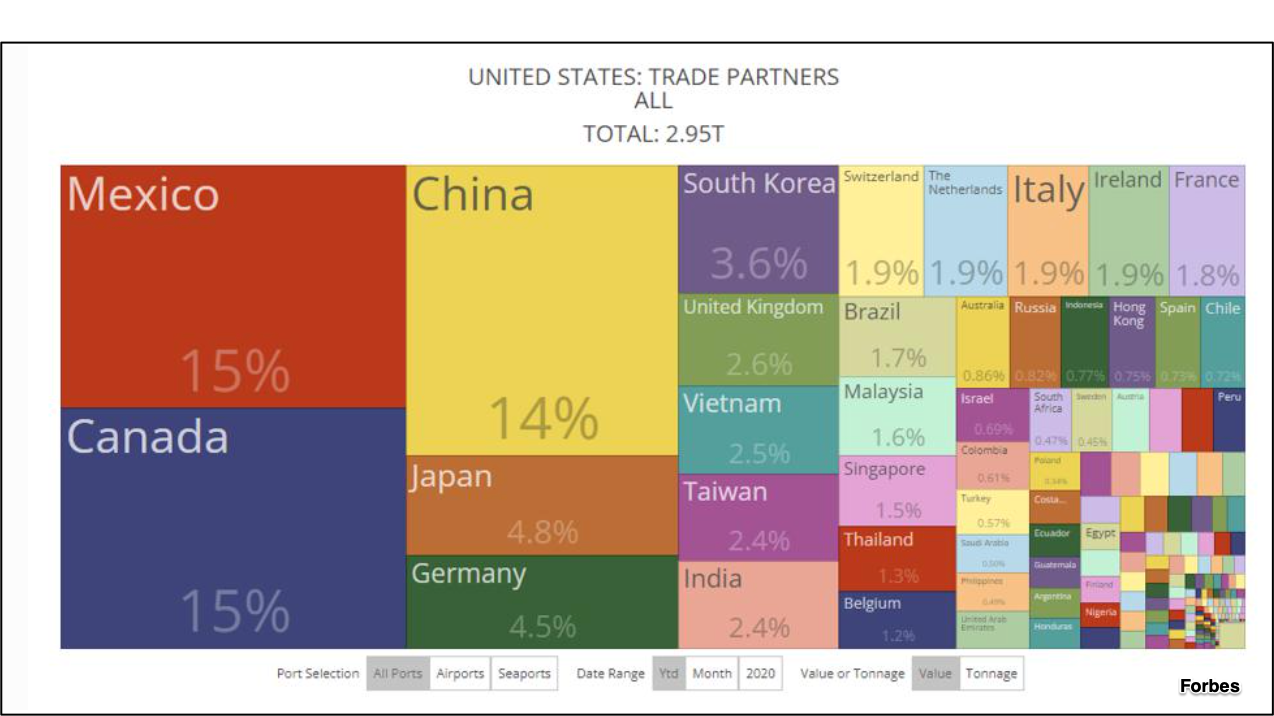 You can see two of the top five are energy related. Those motor vehicle parts go in and out of the U.S. and Mexico until they become a whole car:

6. And which states do the exporting?

In the following map, the light blue and greenish shades refer to Mexico: 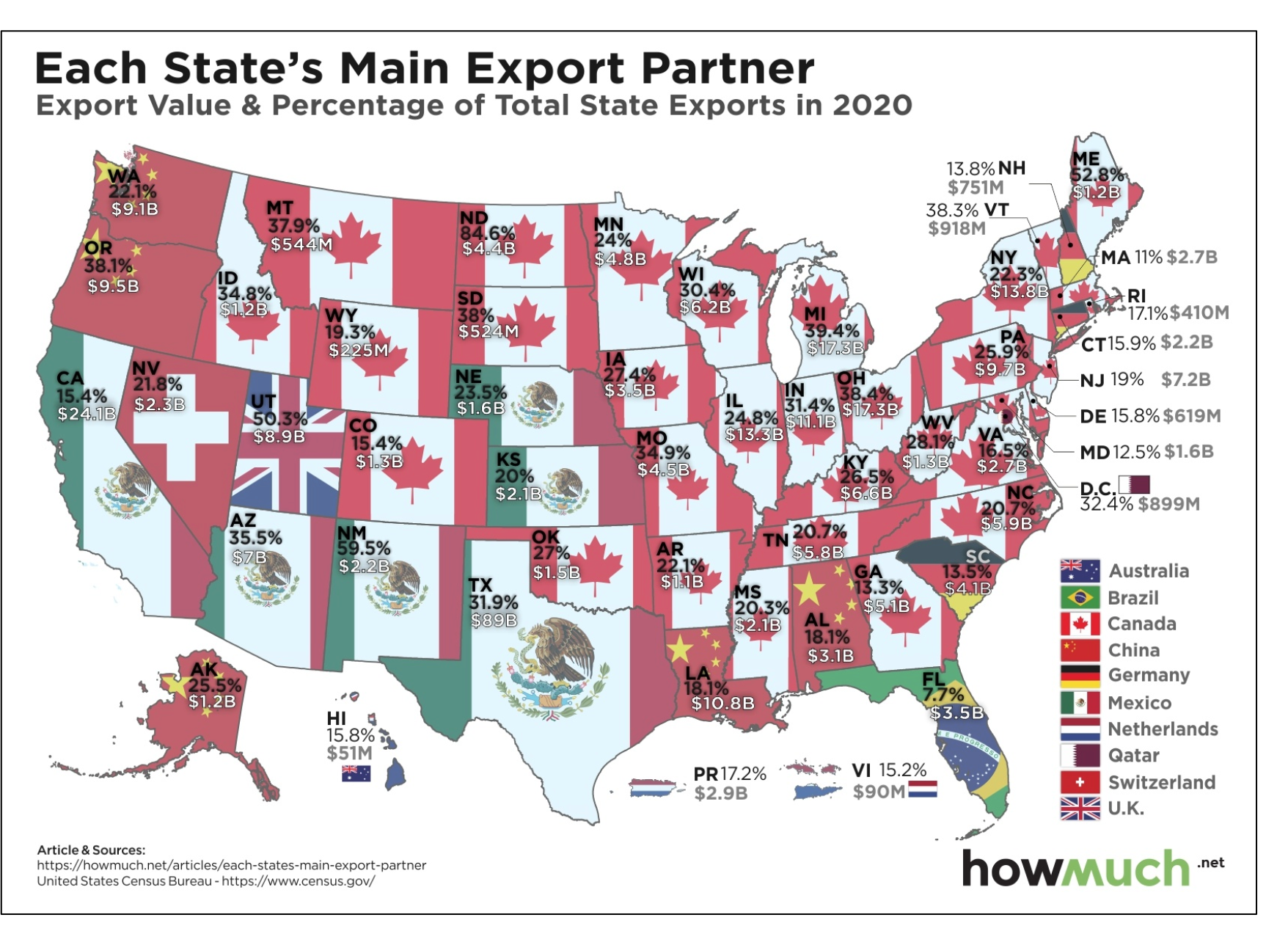 You can see that, as economists, we never get away from land, labor, and capital. The volume of world trade has depended on optimizing the efficiency of the factors of production. However, similar to manufacturing where we can max out on scale, so too can a ship be too large. According to the NY Times, once a ship reaches 19,000 containers, the marginal savings start to shrink. Just like we get less marginal utility from the 20th potato chip compared to the first one, the extra benefit of ship size also diminishes.

Whether it’s ships or chips, we still have diminishing marginal utility.

My sources and more: The story of the first container ship is a good place to start while this NY Times article has the up-to-date facts. Then, if you’re into ship sizes, this website has it all while here we learn about their capacity. And finally, you might want to look at the most current WTO report. and the sad saga of the Ever Given.

How We Shop When We Are Single

December 2021 Friday's e-links: What You Never Knew (and Want To Know) About Animals