Six Facts About Women’s Wealth in the World

It can be tough to calculate the wealth that belongs to a woman.

Because typical household wealth surveys don’t say who owns an asset, the Credit Suisse Global Wealth Report 2018  had to do some estimating when the facts were not definitive. Still though they concluded that women’s wealth in absolute terms and relative to men has gone up.

Let’s see where and how.

1.  Close to 40%, women in North America and Europe have a larger estimated share of household wealth than elsewhere in the world: 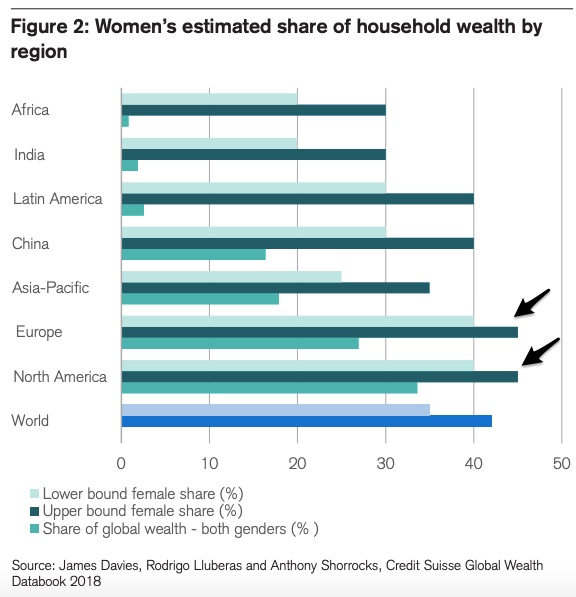 2. Compared to men, relatively few women have ascended to the billionaire category: 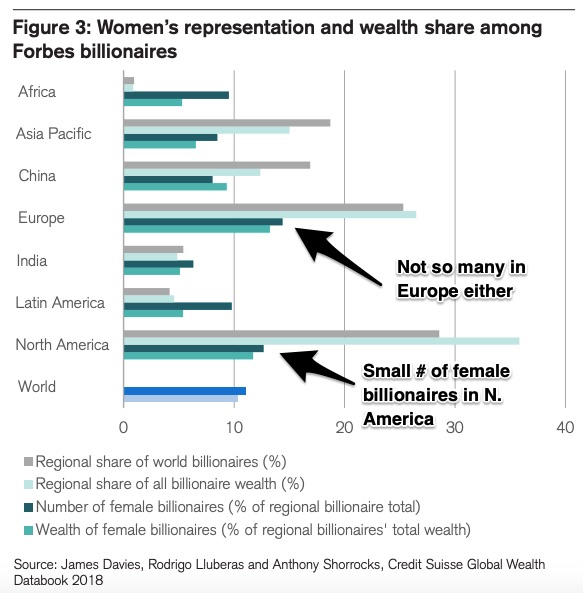 3. In the U.S., it is more likely that an exceedingly affluent woman will have inherited her wealth. (The Forbes 400 ranks the 400 wealthiest individuals.): 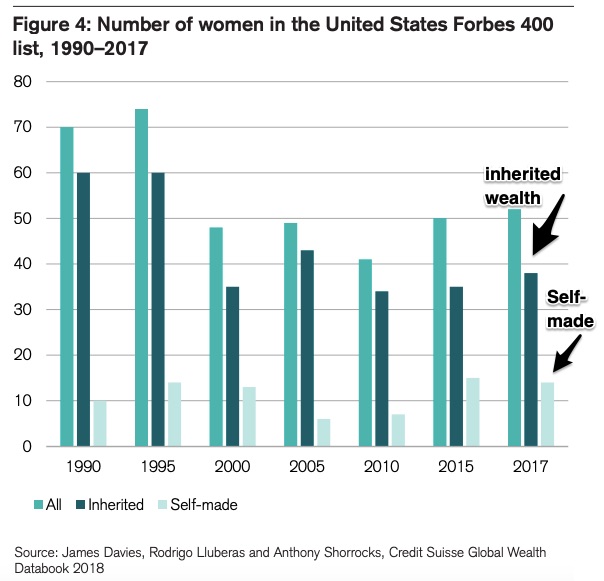 4. In high income countries, women’s wealth and their financial independence trended upwards during the 20th century.

More women work outside the home, many have more education than men, and they marry when older. After a divorce, assets are divided more equally. However, based on when, the numbers vary. You can see above that the bar representing self-made women was smaller in 2017 than for 2015.

5. Since women tend to be more risk averse than men, they limit their opportunity to build wealth.

Investing in less risky assets, women lose the benefit of the upside when markets are booming.

6. When we look at millennials, we see women faring better than men.

While all suffered from the Great Recession, the hardest hit industries were male dominated. Consequently, female millennials fared better.

Called our expectations bias, what we are used to seeing affects our behavior. So, as we see an increasing proportion of women who are financially independent, how we raise our girls, and the aspirations we support, will encourage more to climb the wealth ladder.

My sources and more: All of my facts came from the Credit Suisse Global Wealth Report 2018.