When it comes to New York City parking tickets, Norway and Nigeria are quite different.

Including Norway, there were 22 countries (out of 146) with no outstanding parking tickets. Israel, Japan, Ecuador, the United Kingdom, Oman, and Greece also had none. Then at the other end, Kuwait topped the scofflaw list with 246 per diplomat. Nigeria was #15 with 58.6 for each consular official: 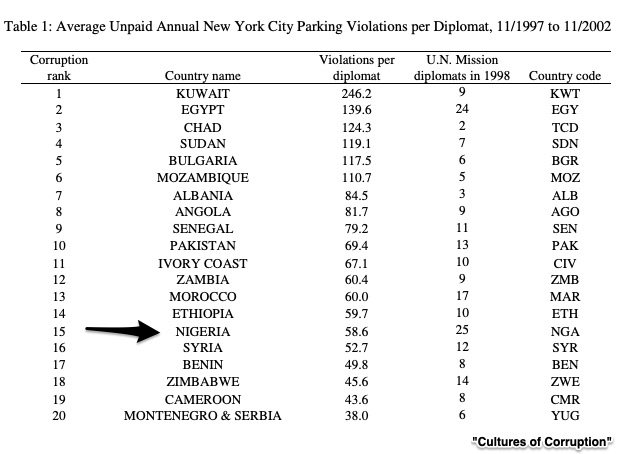 The cost to NYC was more than $18 million dollars between 1997 and 2002. However, in the home countries of those diplomats, the cost of corruption was much more.

The Cost of Corruption

You can see the difference in tax revenue between more and less corrupt countries: 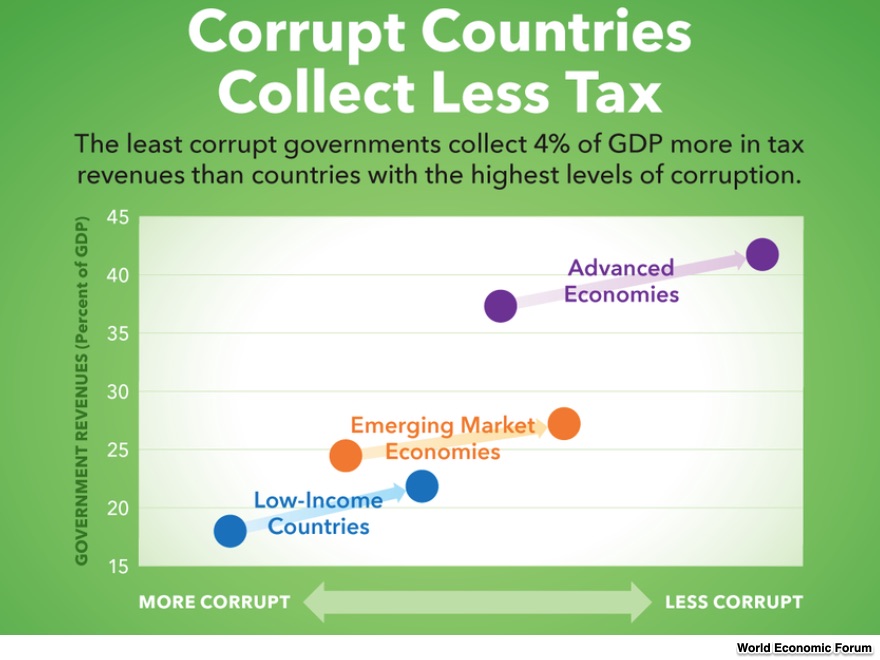 Furthermore, corruption siphons public revenue away from schools and healthcare. In an IMF paper, researchers report that the share of spending on education and health is lower where corruption is widespread.

Below, where corruption is less controlled (blue bars), there is relatively less education and health spending: 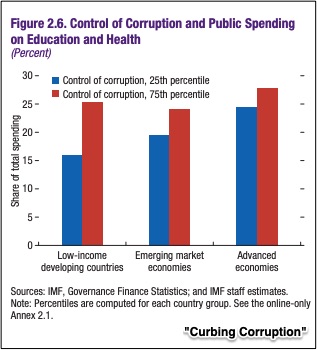 Correspondingly, we wind up with an inverse relationship between corruption and student test scores. (As did I you may wonder if the correlation is misleading. However, the WEF notes that “the correlation remains significant even when controlling for GDP per capita.): 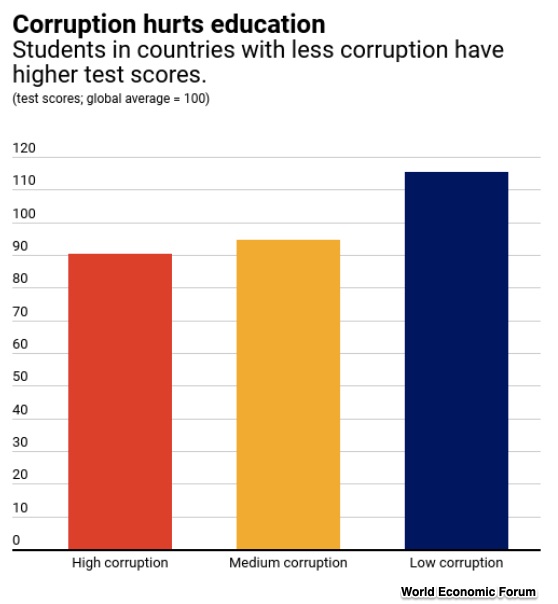 When corruption becomes a social norm, it can be rather “sticky.” Consequently, when diplomats travel to New York City, behavior that is approved at home sticks with them. At the same time, that stickiness prevails at home in private and public commerce as corruption channels money away from a more efficient destination.

Finally, I thought you might want to see which countries are more corrupt so I went to the corruption index at transparency.org (whose criteria have been debated but still, the map conveys a pretty valid picture of corruption.) 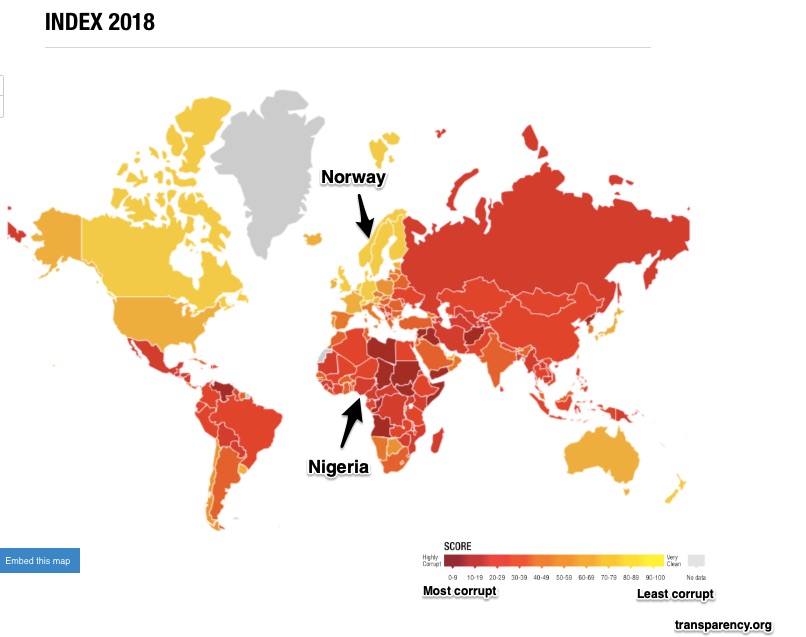 Returning to where we began, Norway is #7 while Nigeria is #144 out of 180 countries  that are ranked from least to most corrupt.

My sources and more: I suspect that you will want to read more after this Bloomberg article on parking. So from there, I recommend this 2006 paper on diplomats’ parking tickets. After that, my path took me to The World Economic Forum and this IMF report.

Six Facts About Women's Wealth in the World

Why We Should Worry About Our (Top) Banana