How To Get Speedier Fast Food

When you pull up to the  Naperville, Illinois McDonald’s drive thru, a voice says, ” Hey there, Welcome to McDonald’s. What would you like to order?”  Because it’s their voice recognition software, just be sure your daughter doesn’t shout from the back, “I want onion rings, Dad.” (This really is a problem—unless you plan to order them.)

Where are we going? To how McDonald’s competes.

In 2012, average drive-thru time at McDonald’s was 188.83 seconds. Since then, adding  several seconds or more each year, the wait has gotten longer and longer. The reasons relate to more complexity, more accuracy, and more cars: 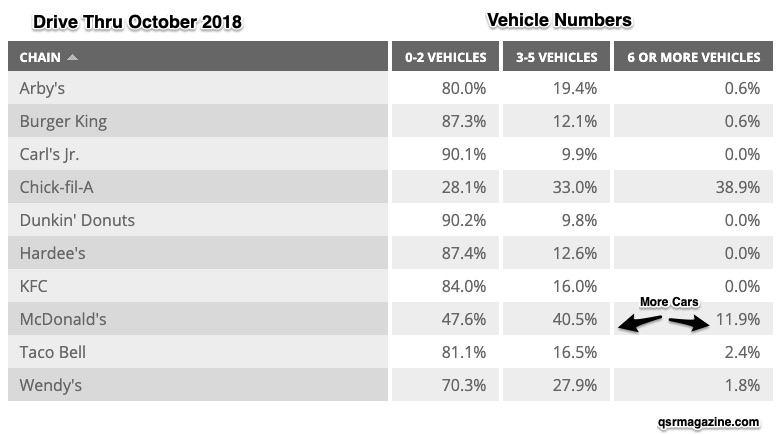 But still, McDonald’s has a problem. They know that compared to nine other fast-food chains, their wait is the longest. At the top for speed, Burger King was almost two minutes faster: 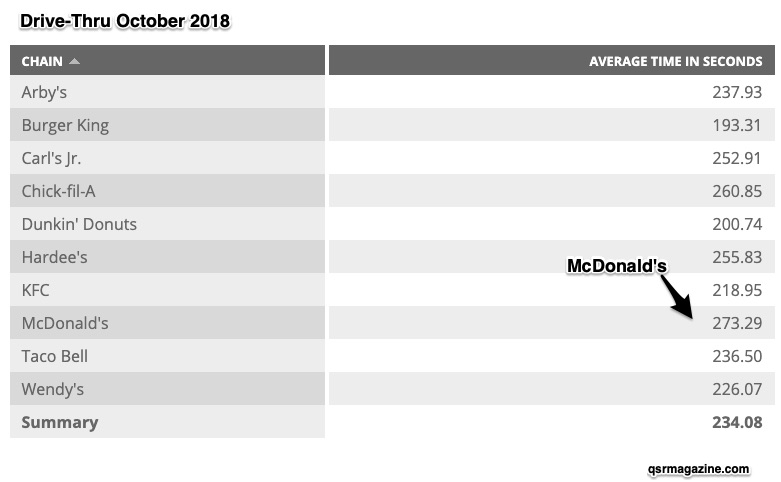 For now though, McDonald’s voice recognition software creates menus that reflect the weather and trendy items. It also encourages the extras like a donut stick with your McCafe. In the future, we can expect that employees will start an order while AI is still talking to the customer. We should eventually have more accuracy as data accumulates and recognition improves. But what really grabbed me was license plate scanning. Sort of like the barista who remembers your name and order, drive-thru technology might soon know what we want from our license plates.

During the 1950s, a milk shake maker salesman named Ray Kroc realized that two brothers had unusually high milk shake sales. Visiting the McDonald brothers’ California roadside establishment, he saw how they speedily served a huge lunch time crowd with their version of mass production. Kroc bought their name, perfected the concept, and conquered a monopolistically competitive market. Because you just need a grill and hamburger meat, market entry is easy. We could say the same thing for a McDonald’s breakfast menu. But to be successful and have some price making power, you also require something unique—the monopolistic part. And that takes us to McDonald’s quest for the automation that achieves drive-thru speed, customizing, and accuracy as a product differentiator.

Along the following continuum, each McDonald’s restaurant would be close to monopolistic competition:

And speed has been one way that it has always competed.

My sources and more: The WSJ story on McDonald’s robots reminded me it was time to return to the drive thru and to QSR Magazine for the data. Then, if you want more about voice activation implementation and problems, this article had the detail (and was interesting) while Chicago media told about the Naperville restaurant. Finally, Yahoo Finance had the earnings call transcript where McDonald’s expressed its focus on drive-thru speed.