What We Should Know About Gen Z

Finally Generation Z has a name and some dates. While the NY Times tells us that iGeneration and Delta were possibilities, it appears that Z is sticking.

We could say that the name of a generation is its brand. People kept referring to the post-war baby boom and soon ad agencies were marketing to the Baby Boomers. The Millennials were first called Generation Y (having followed Generation X) but “Y” reputedly had no cachet.

You can see below that Generation Z is the name more of us are using: 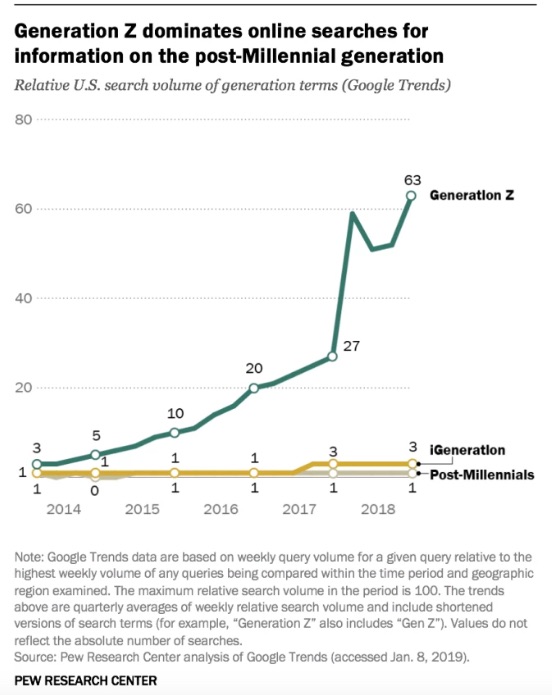 So no, there isn’t any formal naming organization. The process just seems to unfold until a group like Pew decides we’ve passed the tipping point and a name sticks.

Because only the Baby Boomers have officially designated dates from the U.S. Census bureau, Pew did what was logical. Based on the past, birth years spanning 16 years (or so) made sense. And that took them to a Gen Z that today is commonly accepted as somewhere between ages 7 and  22: 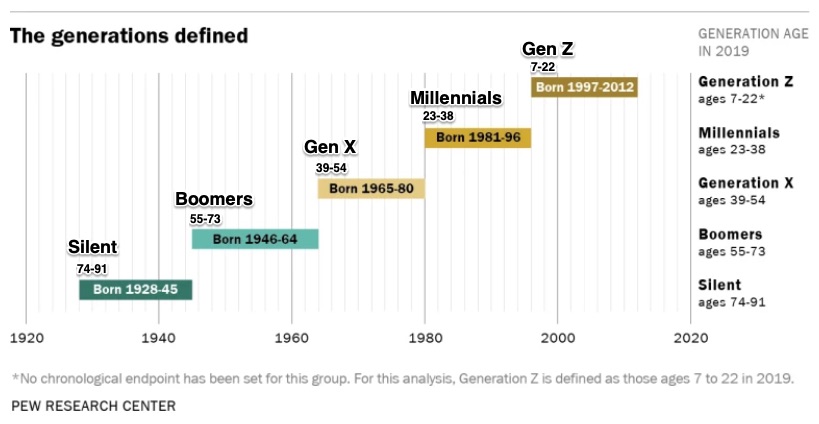 Researchers have hypothesized that whoever is President during your most formative years–ages 14 to 24–influences your political bias, especially if you are a non-Southern white person. They tell us, for example, that whites born in 1941 were more likely to be lifelong Republicans because they came of age during a popular Eisenhower presidency. Quite different, Baby Boomers were nudged by Kennedy and Johnson to the left while two decades later, we get Reagan conservatives.

Below you can see that Gen Z, like Millennials, are happy with more government than previous generations. As for the future political impact of their formative years, we can only guess: 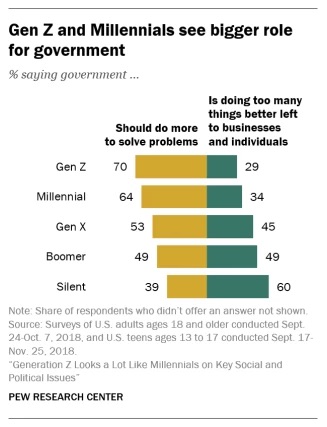 Again, Gen Z is most similar to its older siblings (and parents): 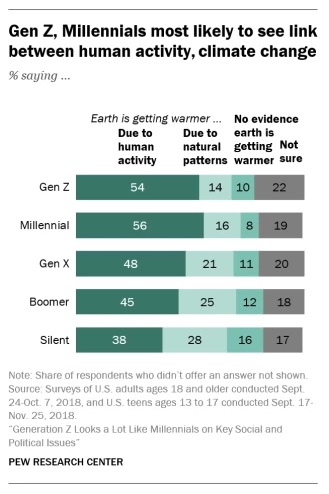 Finally, we have Generation Z agreeing with most of its elders. Four out of five generational groups believe that wives and husbands should share financial responsibilities: 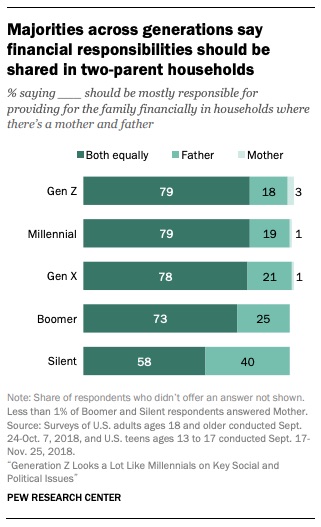 I suspect though that the one big differentiator among the generations is technology.  Generation Z is accustomed to on-demand TV. They grew up with smartphones and social media. Meanwhile, television evolved when the Baby Boomers were young, Generation X lived through a computer revolution, and the Millennials saw the dominance of the internet. Combine it all and you get the lens through which Gen Z sees the world.

For businesses and government, it helps to know a generation’s characteristics. Looking at the life cycle, we can predict who buys what and when. Next, for a cohort effect, we can ask the impact of  a unique event like the Great Recession. Lastly, the period effect can make a difference through the spread of a phenomenon such as technology use.

Where are we? By defining a group as Generation Z, we wind up with a brand that lets us better grasp economic, social, and political trends.

My sources and more: Pew Research is a good starting point for generational facts. But the NY Times had the best reads with names for Gen Z and a summary of a generational politics paper.  Complementing it all, Mental Floss explained how the generations were named. (Please note that part of Our Bottom Line was in a past econlife post.)

1.For a smile, this xkcd cartoon is worth a look: 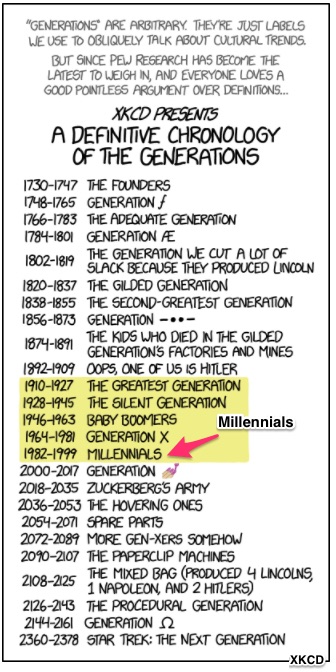 2. McKinsey & Company gave us a different perspective through its focus on Brazil’s generations (and the different dates and names): 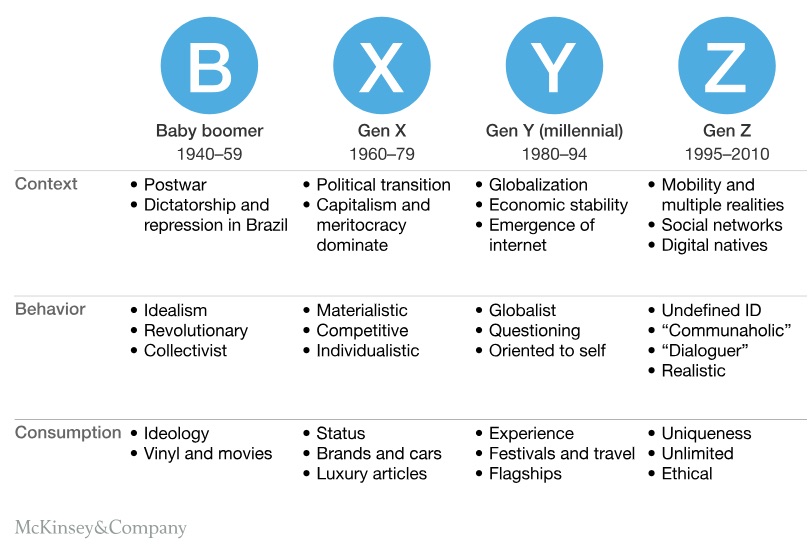 When Ketchup and Parking Are Similar

The Upside of the 2020 Federal Budget