A Tale of Corn and Climate

With higher temperatures and a longer growing season, farmers in Canada’s Upper Alberta hamlet of La Crête are planting corn. Yes, we are talking about an increase of just 2 to 5.5 degrees Fahrenheit since 1950. But for corn, that is all it takes. Add two weeks to the growing season and you wind up with forests becoming corn fields.

You can see that La Crête is pretty far north: 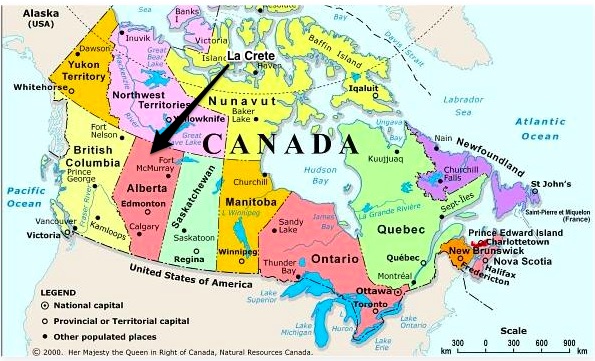 And there does appear to be a warming trend: 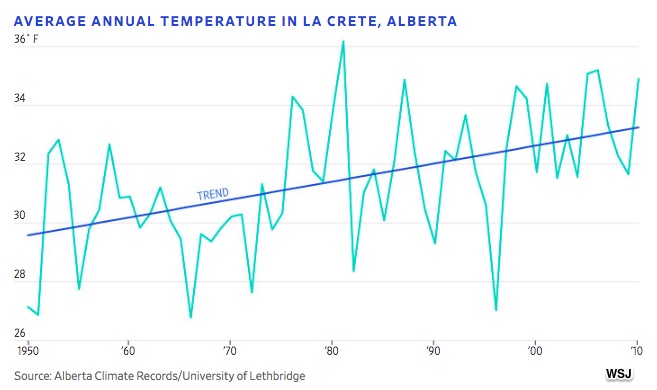 Our story though is about more than corn. It is really about markets.

We can start with the crops. La Crête farmers traditionally grew wheat, barley and canola. Now, as their climate changes, they have added corn and soybeans.

They’ve also added land. With the agricultural potential of the area ascending, so too has the supply of farmland. What once had been forests is now becoming farm acreage.

The result? Selling for five times more than a decade ago, land near La Crête is more valuable because the yields and the crop prices are up: 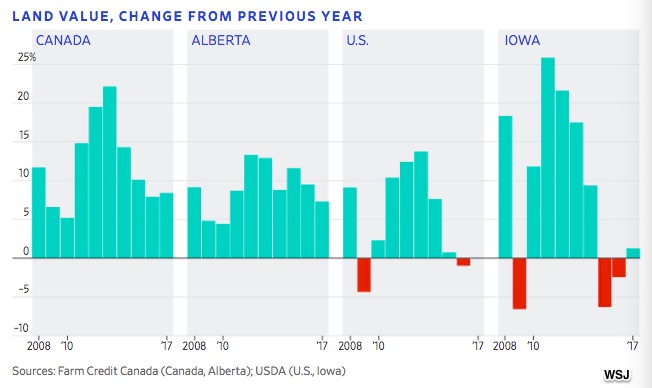 And we can ponder innovation. Plant varieties will need to adapt to changes in the length of the growing season, rainfall, heat, and cold. In La Crête, farmers are already buying seeds that mature faster and are sufficiently hardy to endure their environment.

Lastly, a slew of related industries are responding. Their transportation infrastructure, storage capacity, and port facilities all need to adapt. And, think insurance. With land values up and new risk models from wild fires in Alberta, premiums will change.

Really, we are just talking about markets. Defined as the process through which demand and supply create price and quantity, new markets are emerging because of climate change. In Alberta, they relate to crops to land to insurance.

And for the broader topic of climate change, as Nobel Laureate William Nordhaus recently expressed…

My sources and more: After looking at wine and weather last year, corn and climate, here and here were the logical next step. However, if you want to read onward to the bigger economic picture, I do suggest William Nordhaus’s Nobel speech that will be given on December 8 in Stockholm.  Please note that the Nordhaus quote came from a Bloomberg article.

What We Don't Know About Online Food Delivery

Throwback Thursday: What a Disney Princess Used To Be