Where the Glass Ceiling Refuses to Shatter

Because women were not considered people by the U.K.’s Solicitors Act 1843, they (we) could not become lawyers. It took until 1919 for a reversal with the Sex Disqualification Removal Act. Somewhat similarly, there were no female attorneys in the U.S. until Arabella Mansfield fared well on an Iowa bar exam that women were prohibited from taking. She sued, Iowa said okay, and became the first state with female attorneys in 1869.

In a different way, the picture is equally bleak now.

More than half of all law students are women. Afterwards though, they hit a glass ceiling. Practicing law, they occupy just 12% of the highest leadership positions and 21% of the next lower level: 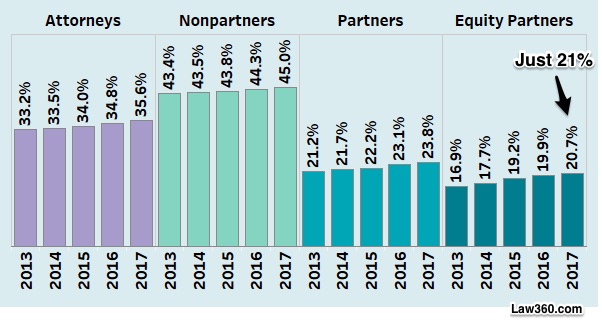 Yes, firms led by women do have a higher proportion of women in leadership roles but the difference is not considerable: 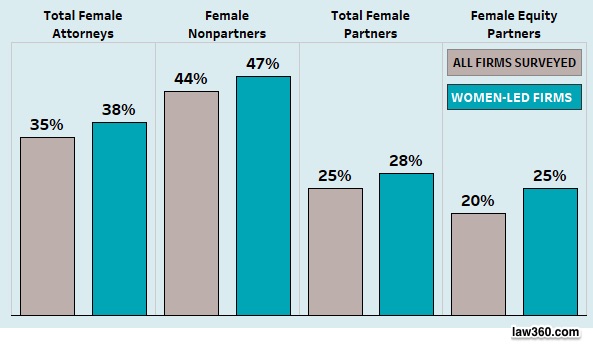 Meanwhile a 2018 McKinsey/LeanIn report based on data from 279 companies confirms that women have not yet crashed through the glass ceiling. Looking back at the four years that they’ve researched “Women in the Workplace,” McKinsey tells us that women remain underrepresented by corporate management. In the report’s words, our progress has stalled.

Below, I drew the arrows that point to the white male dominance of the C-suite. Whereas 68% are white men, the number falls to 19% for white women. Perhaps most interesting though is the shape of the beige area. For white men, it balloons from 36% to 68%. But for white women the comparable area shrinks from 31% to 19%. 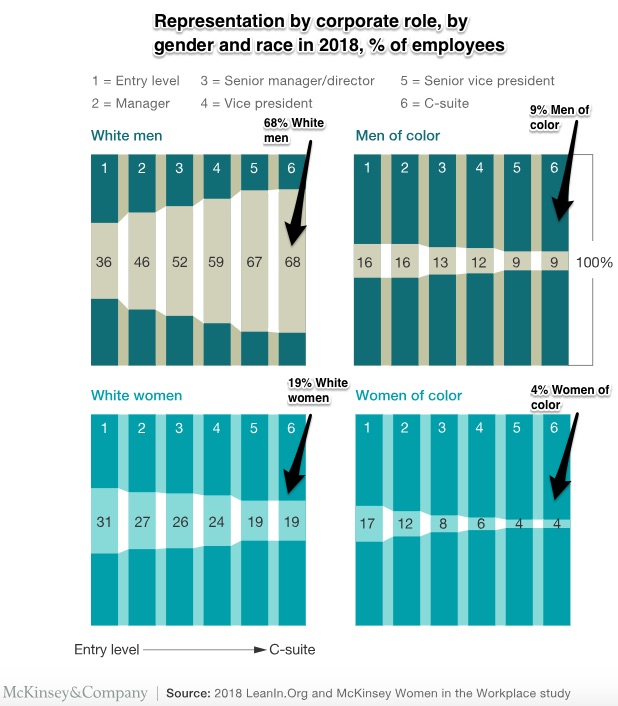 My sources and more: For the analysis and statistics, this McKinsey/LeanIn study is the ideal starting point (and an ending too). But for more, this Guardian article talks about female barristers in the U.K. while the NY Times and Law360 paint an equally somber picture for the U.S.

The Red and Blue States That Agree on Halloween Candy Favorites

Why We Share Homes, Cars, and Clothing With Strangers