Men now have a good reason for diminishing the gender gap. It could make them healthier.

No, we cannot prove causality. But we do know that European countries with more gender inequality will probably have less healthy men.

The conclusion came from a new World Health Organization report.

Comparing the high and low, we have a 17-year male life expectancy gap in Europe.  Below you can see that at 81.2 years, men can expect to live the longest in Switzerland. Meanwhile, Turkmenistan and the Russian Federation are at the other end: 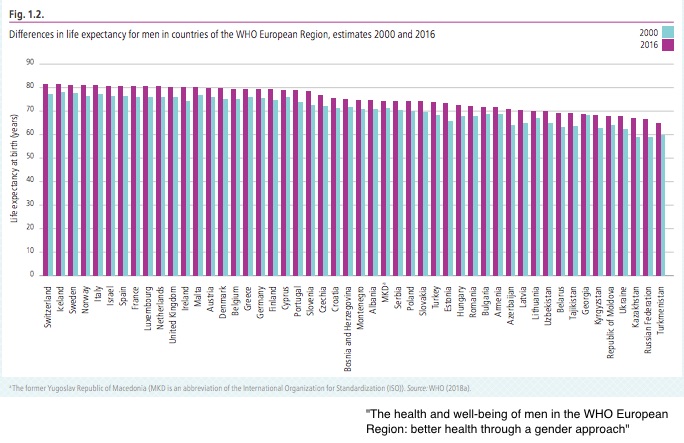 Telling us why, data from 41 European countries indicate that smoking, drinking, salt-heavy diets, and violence diminished male life expectancy. But not for all Europeans.  Looking at geography, we find smoking is the culprit in Western Europe while alcohol and drugs limit male lifespans in the East.

This map focuses on deaths from cardio-vascular disease (CVD). Mortality rates get higher as we move Eastward: 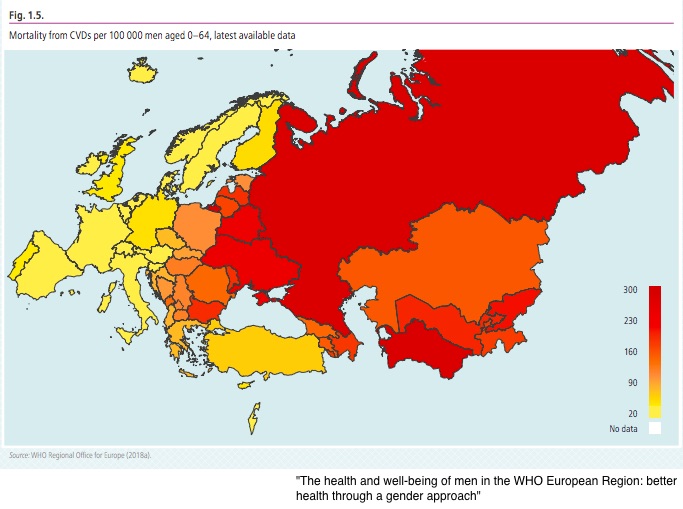 In addition, the WHO report included a long list of non-contagious diseases. It took readers to suicide rates, and infectious diseases like tuberculosis. Then, after looking at intentional and unintentional injuries like road traffic deaths among men under 25, there still was much more.

It all culminated though in one word: masculinities. The researchers concluded that certain masculine behaviors can be toxic. They cited the heavy drinking in the Russian Federation that can elevate a man’s social status in working class social groups. They discussed how being a breadwinner can elevate stress and hypertension. And they mentioned that men tend to under-use health facilities.

So, it is not actually the inequality that is risky. Rather, masculine social norms nudge men into hazardous territory. However, in cultures with a smaller gender gap, men have less pressure to engage in unsafe masculinities. As a result, they tend to be healthier. 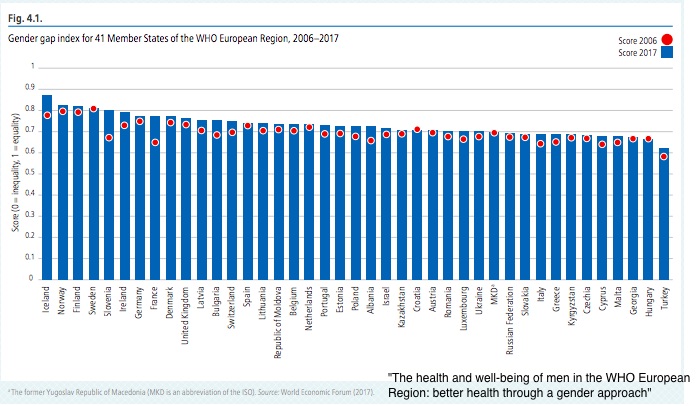 Shown on this map, the darker shades indicate a smaller gender gap. As you can see, the Nordic countries and Iceland are high on the index. Meanwhile Southern European nations have lower index numbers: 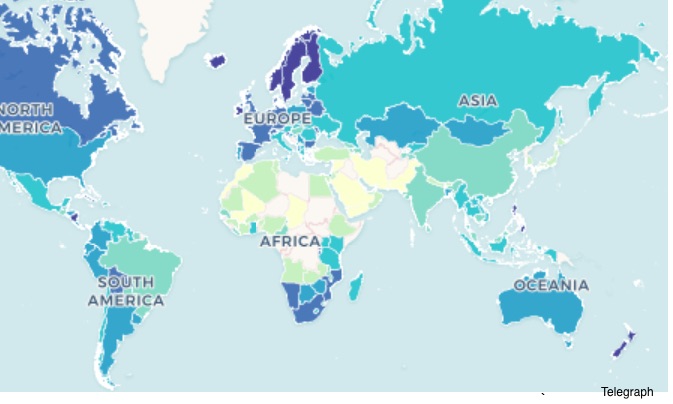 We have always said that gender inequality constrains female human capital. Surprisingly, we now can add that men too contribute less because of the gender gap.

My sources and more: Thanks to Quartz for alerting me to the correlation between gender equality and male health. However, for the entire story, this very dry, factually overwhelming, WHO paper is for you.

The Problem With Free Pizza