What You Don’t See When You Watch a Baseball Game

At a baseball game, the people who buy Diet Coke are different from those of us who love the real thing. More affluent, the Diet Coke people sit behind home plate. But if you want to sell Coke Classic, your territory is the bleachers.

Yes, we are looking at the food vendors at baseball games. They know a lot more about us than we might suspect.

The Pick and After

Before a typical baseball game starts, 60 or so vendors meet to decide who will sell what and where. Seniority determines who goes first. But they all need to be able to carry loads of 40 pounds and more.

Beer tops “the pick.” The Bud Light, the Coors, the Blue Moon are assigned as are “behind home” or “out of right.” Vendors are also thinking strategy. They care about the weather. If it’s a hot day then people want the frozen lemonade. On a cold April afternoon, the water can be the last to go.

Observing one of the most successful vendors at Fenway, we might just see a hot dog guy in the bleachers. But he is aware of a lot more than we notice. When he makes a sale, the wax paper, the mustard, the ketchup, the change– all move from hand to hand within three seconds. Quickly, he is ready to move on. Locating the competition, he heads in the other direction. And when the game nears an end, he is the one who stays for those extra last minute purchases. 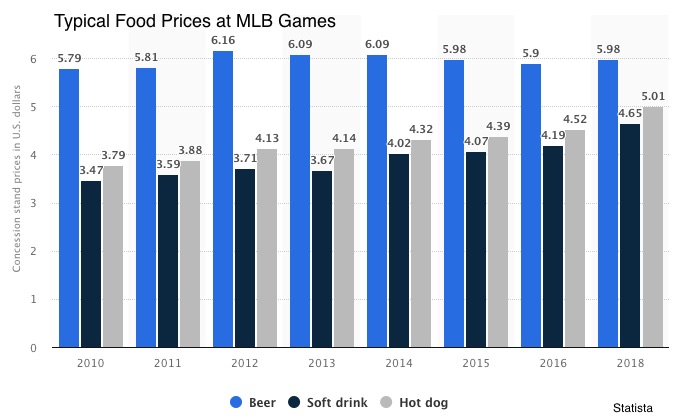 At its simplest, productivity just compares input and output. When you create extra from your land, labor and capital inputs, then you are more productive. For our vendors, we are talking about the resources that boost their sales.

We can start with the system. Used to be that the people at the top distributed the food and the locations. Then though they discovered the vendors knew more and had the incentive to sell more. So they let them compete.

The vendors select their land–or territory. They manage their capital swiftly. And they strategize as labor when they name their product. Adding to his human capital, one top seller even created his own spreadsheet after each game.

Put it all together and you get a formula for productivity (and where to sell your Diet Coke).

My sources and more: Thanks to Planet Money for a podcast that created the beginning of a pleasant walk about baseball game food vendors. Then, NPR had more when it followed a top seller. And from there, you can see how it all connects to economists’ traditional explanation of productivity. Finally, you might enjoy taking a look at what we spend for sports.