Referring to tennis, the first recognized use of “seed” was in 1898.

The basic idea was to scatter the best teams in the early rounds of a tournament and weed out the weakest so the playoffs will flower. As a result similar “seeds” do not compete against each other until the end. For March Madness, the seeds were scattered so that #1 Villanova started against #16 Mt St. Mary’s and #1 Gonzaga played #16 S. Dakota State.

Those seeds enable a team to earn a unit for every game it plays except for the championship match. And that takes us directly to March Madness money.

Equal to a game, a unit initially worth $265,000 will be paid by the NCAA to a team’s conference in 2017. Even if a team loses in the first round, it still gets a one unit payout for each of 6 years.

Conferences with many winning teams receive more units than those that are less successful. The value of those units is then dispersed (not necessarily evenly) by the conference among all of its teams.

Current revenue should resemble this 2014 pie: 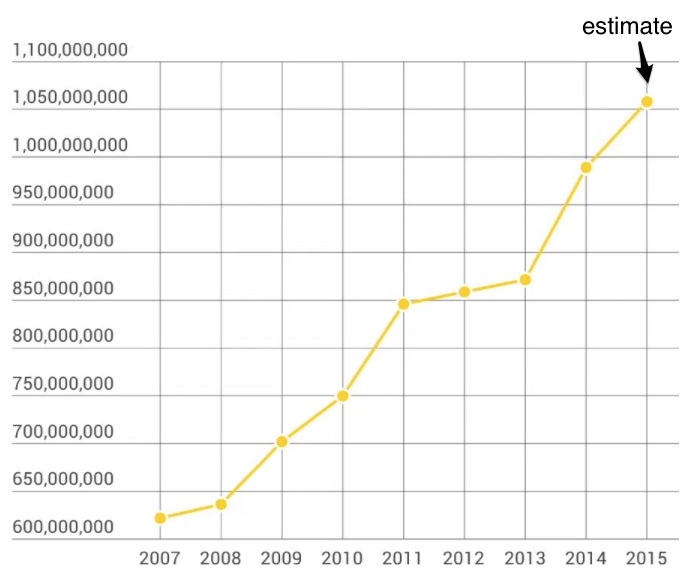 Looking at the massive spending and revenue that relate to the NCAA, the teams, the schools, the coaches, many of us and the media, we can characterize March Madness as big business. Not really one entity, that big business is composed of multiple groups in different markets with varied market structures.

My sources and more: Not nearly academically pristine, still my sources provide an idea of the huge dollars and their recipients. I looked at Investopedia, CBSlocal, USA Today, Wallethub, and Moneynation. Please note that this post is an updated version of past March Madness entries.