Throughout a life cycle, the impact of inadequate sanitation grows. Because of disease, stunting and undernutrition, children’s cognitive development is diminished. Continuing through adulthood, the costs include the time and dollars spent on health care treatment, lost productivity and premature death.

Where are we going? To the sanitation gap among and in countries.

First we should decide what we mean by sanitation. In a recent Unicef/WHO paper on how much the world’s sanitation and drinking water have improved, eliminating open defecation was a primary focus while hand washing was also a thread. 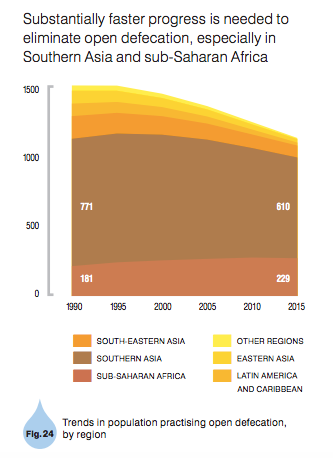 Below you can identify the countries with Inadequate sanitation. I’ve labeled China because it has been cited for its progress.

Moving to a slightly different geographic perspective, we can look at improved sanitation facilities that are shared by more than one household. 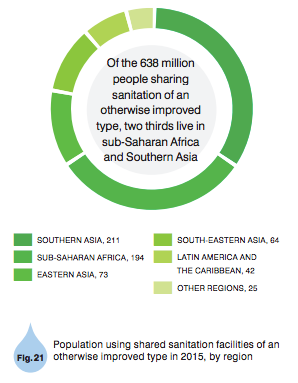 In addition to regional differences, there is a rural/urban gap in sanitation quality in certain parts of the world: 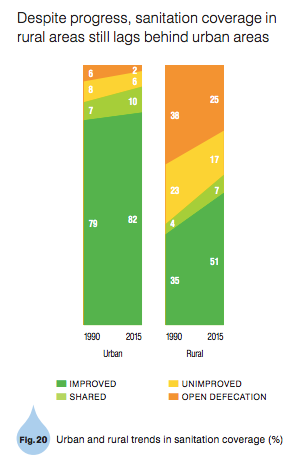 Below, the countries’ order is based on urban sanitation for the middle wealth quintile. The dots, by contrast, indicate the gaps between different wealth quintiles. When the gap is widest between the bottom and the next quintile, the condition is called “bottom inequality.” The opposite, “top inequality” shows a wide gap between the top quintile and those beneath it. 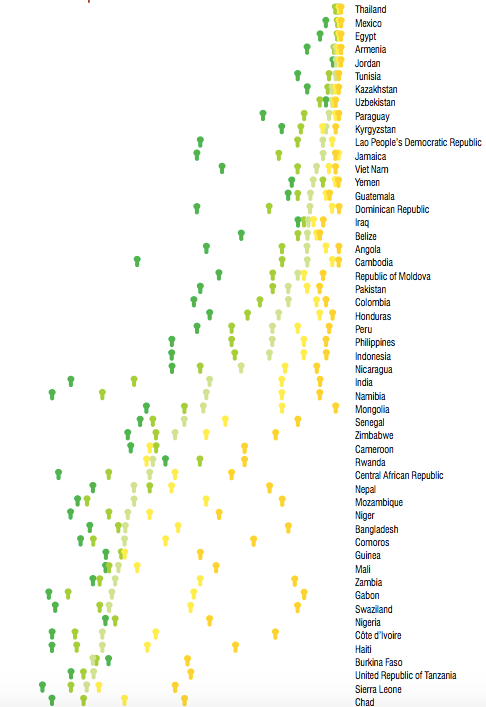 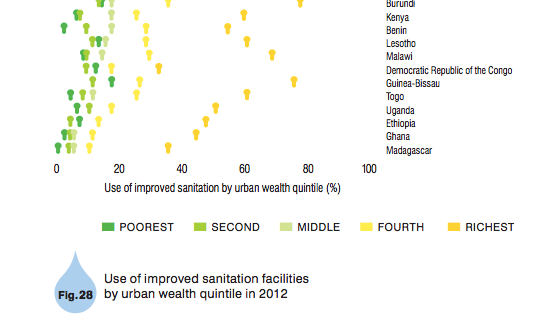 Finally, looking at the future (below), you can see that improving sanitation remains a big challenge: 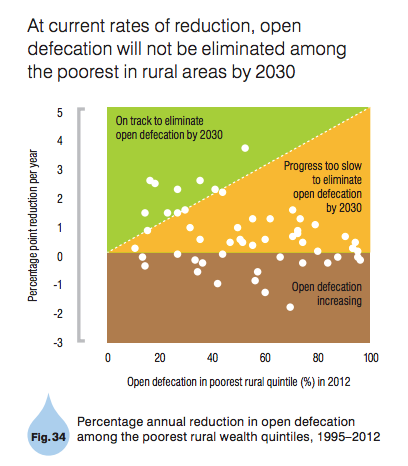 Debilitating human capital, the lack of sanitation chips away at economic growth and GDP’s major components. Consumer spending power is diminished, businesses cope with a less productive work force and a disproportionate amount of government spending is directed toward a distressed population. 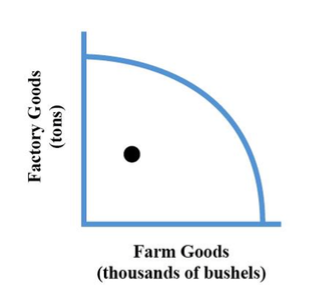 The Reason We Should Drive Around in Circles