In the Pacific Ocean, on the tiny island of Yap, limestone disks are money. By inserting a pole through the wheel’s center hole, the smaller ones can be physically exchanged. Meanwhile, the larger ones that could weigh several tons remained stationary. In a 1991 paper, Nobel Laureate Milton Friedman explained that even when one valuable massive wheel was lost at sea, its owners could still use it as if “it were leaning visibly against the side of the owner’s house…”

Where are we going? To how we decide what is money.

And that takes us to dollar coins.

Between 1979-1981 and in 1999 we had the Susan B. Anthony dollar coin. Then from 2000-2008 there were Sacagawea Golden Dollars. And more recently, the Congress proclaimed that starting with George Washington new presidential dollar coins would be minted each year.

So knowing we preferred our paper money, the Congress gave up. But it also helped that the Federal Reserve figured out how to throw out fewer paper bills. With new sensors on their high speed sorting equipment, they no longer discarded upside down bills that could be circulated. As a result, the average lifespan of a dollar increased from 18 to 70 months. A longer life meant we could spend less making new ones.

The U.S. dollar coins that still circulate are in vending machines, coin jars at home where we save change and Latin American countries where the damp weather makes them more desirable than paper currency. The remaining $1.34 billion of dollar coins are stored in the Fed’s vaults. 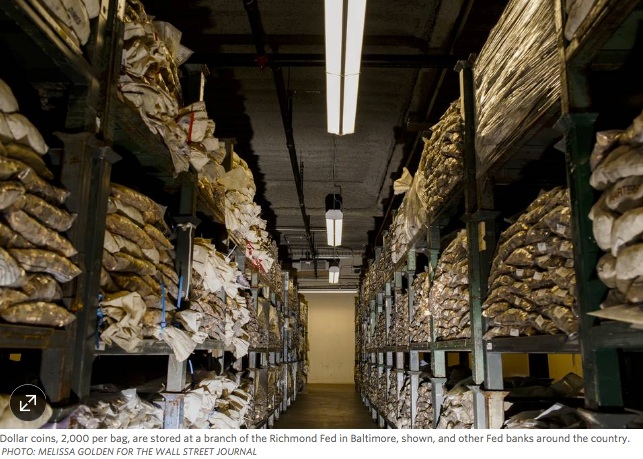 I suspect that as long as the metal coin has a paper equivalent it is doomed.

The dollar coin only had two of the three basic characteristics of money:

But Yap money has all three.

What New Coke Could Teach Baseball