How Chocolate Chip Cookies Explain Why We Save Less

Let’s start with two people and two plates of freshly baked chocolate chip cookies. The first person eats one and then, thinking she will enjoy some during the next week, wraps up the rest and places them in a cabinet. As for the second individual, he sees the other plate and gobbles them all.

Where are we going? To decisions about saving and then back to cookies.

According to Gallup’s annual Economy and Personal Finance Poll, not having enough money for retirement is a big worry for 59 percent of us. 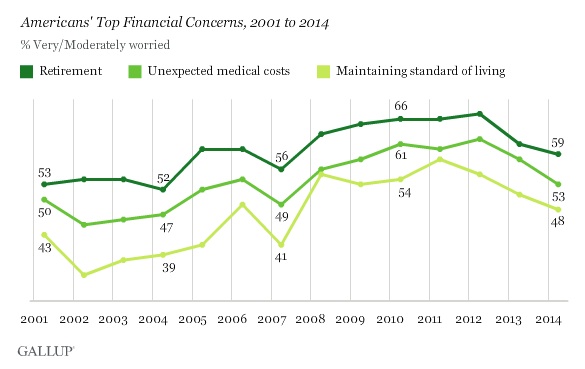 Perhaps one reason for our worry is inadequate saving. According to St. Louis Fed statistics (below), our personal saving rate–what we do not spend from our disposable income–has remained relatively low.

Behavioral economists have several practical “nudges” that could encourage us to save more. Richard Thaler and Cass Sunstein have described a default saving option that people would actively have to reject. Or maybe the answer is some form of pre-commitment before the actual time to make the saving decision arrives.

My favorite though is getting to know our future selves better.

In one study, researchers said that because our elderly selves are strangers, we have less inclination to help them. By meeting our older self, though, we might display a bit less “intertemporal” selfishness and save more for him or her.

Using virtual reality software, they tested their theory. Their basic approach was to “age morph” young people into their 70 year old selves and then to let the young person “meet” his older version. In several different study designs, researchers compared saving behavior between people who saw themselves at retirement age and others who did not. As they predicted, the individuals who saw the older version of themselves saved more. The saving even increased when experimenters had those self images respond happily or sadly to amounts of savings.

Whether saving cookies or money, we are looking at intertemporal discounting. Intertemporal just refers to two time periods and discounting involves giving less value to a commodity.

People who eat cookies now rather than saving some for later have bestowed those future cookies with little value–a larger discount. So too with saving. When we decide to save minimally, we are giving the future a high discount because it has little value to us.

In behavioral economics, by introducing us to our future selves, researchers are hoping we will give the future less of a discount. They are hoping to help us choose “larger later” rather than “sooner smaller.”

Why Are We Still Short on Female CEOs?

Can Economists See the Hot Hand?