Expanding How We Measure Inflation

When Brazil’s monthly inflation rate touched 80 percent (early 1990s), people raced into supermarkets early every morning to beat the employees who raised prices daily. In Zimbabwe, six years ago, because you needed a trillion dollars of the local currency for a loaf of bread, the limited supply of U.S. dollars was in such demand that people washed them when they faded.

At the other end of the spectrum, a very low inflation rate generates a different set of questions. In the U.S., with a 1.7% annual inflation rate, we’ve been debating the best ways to measure price changes.

1. Which prices to monitor?

At any level beyond a 2.5% rate, U.S. monetary authorities want to avoid inflation. The question though, is which prices to monitor. The basic U.S. inflation barometer is the Consumer Price Index (CPI). Reported monthly, the CPI market basket is composed of eight categories of goods and services. 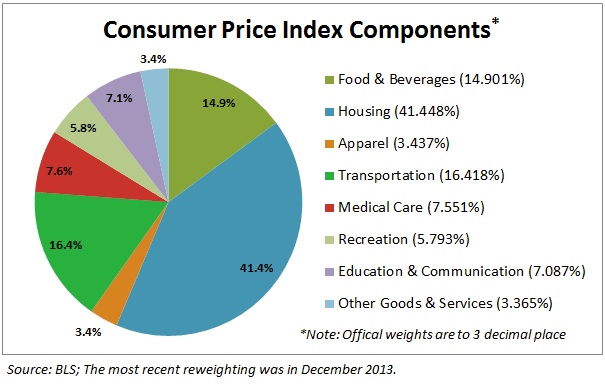 However, not everyone is pleased with the CPI.

2. Should seniors have their own CPI?

Concerned that Cost of Living Adjustments (COLAs) in Social Security benefits are based on the CPI, senior citizens have pointed out that their purchases are different from what younger people buy. They told NPR’s Paul Solman that it was tough to get to the nearest Costco and anyhow, where would they put those large cereal boxes in their small apartments? As for technology that got progressively cheaper, they were not interested.

So, when we look at an updated Consumer Price Index (CPI) that includes discount retailers and cheaper technology, seniors respond that it does not apply to them. Instead, they like the idea of a CPI for the elderly, the CPI-E.

3. Is core inflation the right number?

Here, we can also add that some people believe the CPI is just plain antiquated. With our online ability to generate real time prices, a monthly number is always outdated and bound to ignore recent trends. For that reason, private ventures like the Billion Price Project with real time online prices could be more accurate.

Still another possibility is comparing the increase in the Consumer Price Index and Personal Consumption Expenditures. 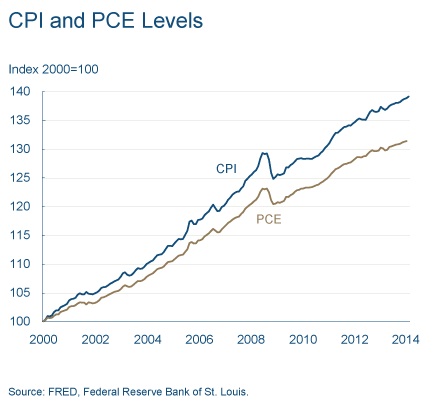 Another wrinkle in the whole CPI debate is the chained CPI. As Bloomberg explained, “Chained CPI is a flavor of CPI-U. The difference is that it takes into account shoppers’ ability to change what they buy in order to take advantage of bargains and avoid items that have risen in price. It’s called “chained” because the index is like a daisy chain in which the market basket of goods and services that are measured changes from month to month.”

In this Bloomberg graph, comparing the first and last bars, you can see that COLAs would have risen by much less if the government had used the chained CPI. 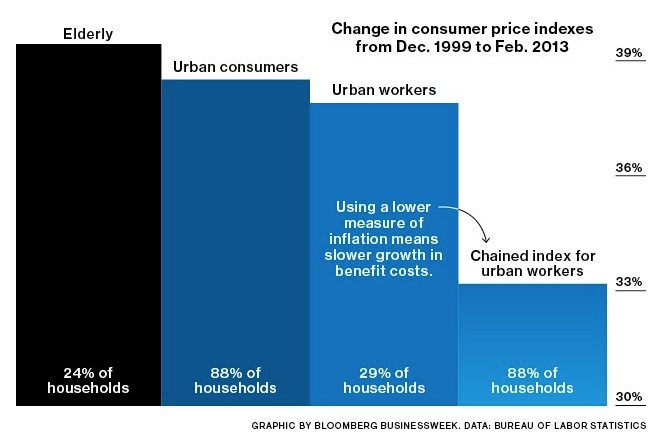 Depending on where you look, inflation rates vary.

Why Pregnancy is a Labor Force Issue

A Reason For Economic Uncertainty