The mounted clock outside the Bristol Corn Exchange has three hands…and two were supposed to show minutes. One hand pointed to Bristol time and the other, London. Since those were the years that you had “local time” determined by a town or city, traders wanted to know both. Soon though, when railroads needed predictable schedules, time was coordinated.

However, at home, an average individual would not know the time because watches and clocks were too expensive. There were no alarm clocks to awaken people for work.

But there was a solution.

The need first developed in 19th century mill towns where workers started their shifts at 6 am (or earlier). If there were no alarm clocks–how to get up on time? The solution was a group of entrepreneurs who purchased watches that they then paid for with the fees they got from awakening entire neighborhoods. Called knocker uppers, they used bamboo poles or pea shooters to tap on windows. No one knocked on doors because the goal was to awaken a person, not everyone. Each client paid several pence a week for his taps.

As one man explained, “[The knocker upper] wouldn’t hang around either, just three or four taps and then he’d be off. We never heard it in the back, though it used to wake my father in the front.”

This video explains how the knocker uppers worked:

This gentleman had his bamboo pole: 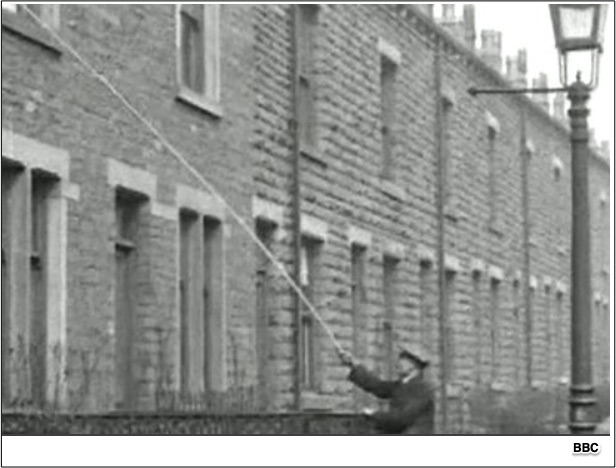 And this woman used her pea shooter: 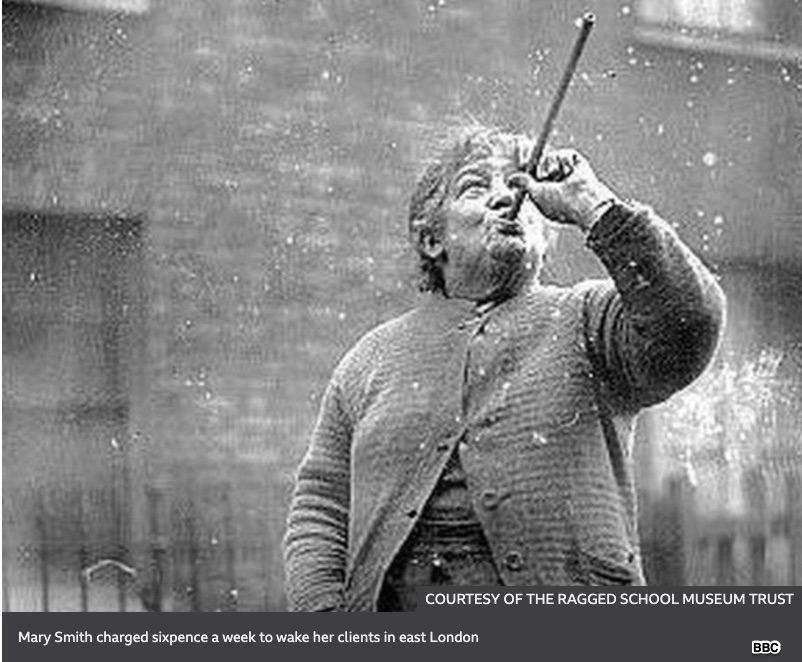 Like the knocker uppers, a slew of jobs no longer exist. Bowling alleys used to need pinsetters and our elevators and phone systems were run by operators. At home, before the modern refrigerator, our ice was delivered several times a week.

As economists, we would call it structural change. Referring to new factors of production, structural change transforms our labor and our capital. It requires new skills and new technology.

I guess we could say that structural change created the knocker uppers and then eliminated them.

My sources and more: I especially enjoyed the 99% Invisible podcast on time yesterday when they introduced me to England’s knocker uppers. From there, the BBC and How To Be a Victorian had more. Meanwhile, Mental Floss looked back at the professions that disappeared.

Why We Have a Chores Gap