What We Can Learn From Used Car Prices

During the past year, auto-related prices had a steep climb: 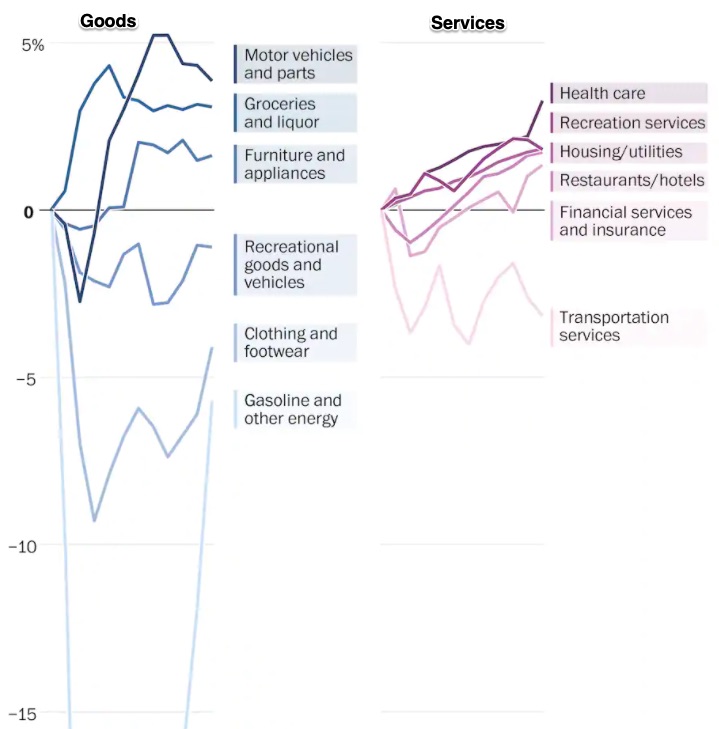 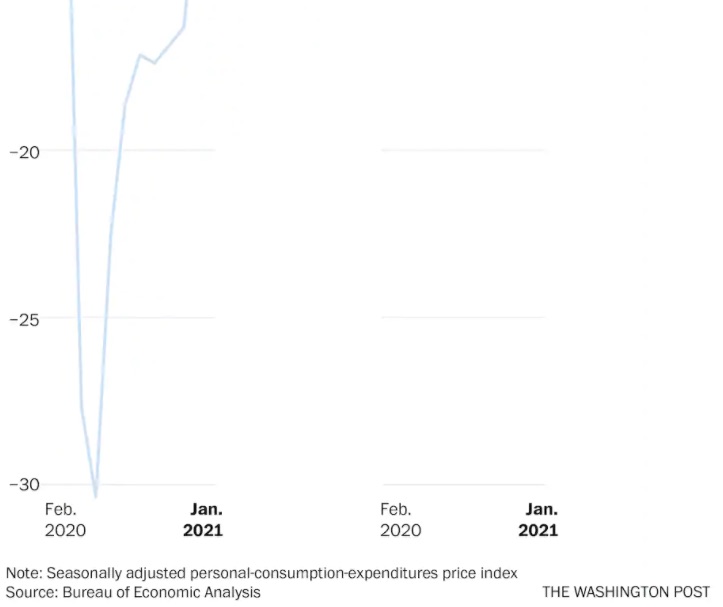 Some economists believe that this steep climb–especially for used cars–could foreshadow future inflation.

Because of massive changes in supply and demand, used car prices are up approximately 14 percent.

Then, on the demand side, new car prices were up because coronavirus related factory shutdowns and a chip shortage resulted in fewer new cars. Since fewer new cars elevate their prices, buyers instead demand used cars. (The price difference between a new and used car can be big. One customers told how he refused to buy a new $70,000 pickup truck and instead selected a $37,000 used vehicle.) 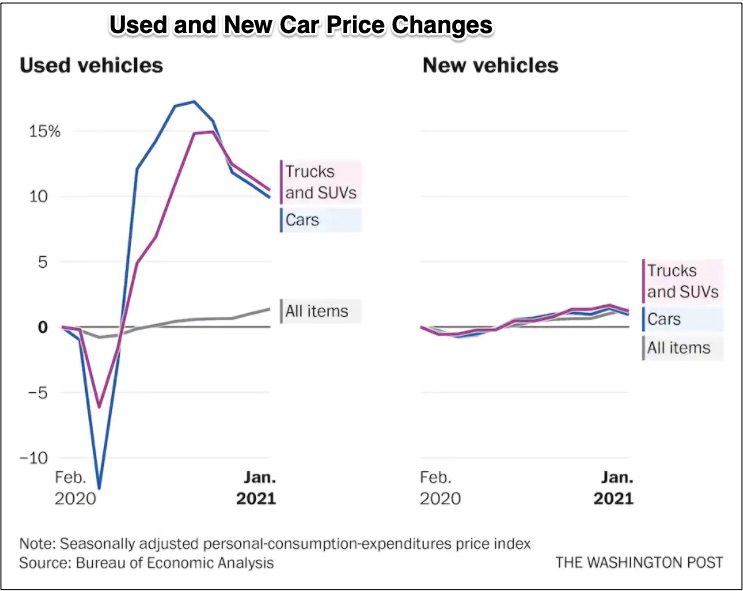 Looking ahead, interest rates will reman low and rescue checks are in the mail.  Could the used car dynamic ripple through the economy?

In its quest for stable prices, the Federal Reserve has said that a 2 percent inflation rate is its target. However, they add that, when averaged with the past, a higher current rate is okay. Below you can see where the numbers are now. Except for food and energy which tend to be volatile, the inflation rate is below 2 percent: 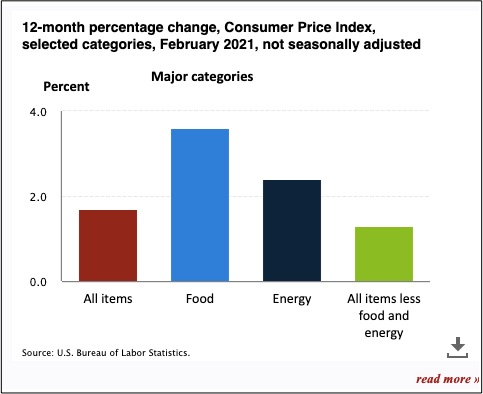 Still though, consumer services prices have been edging upward: 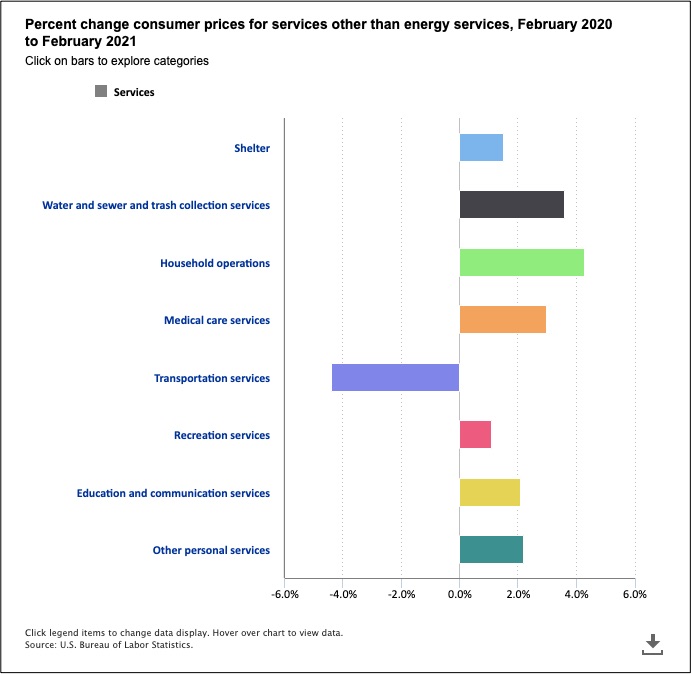 And household operations were leading those price increases: 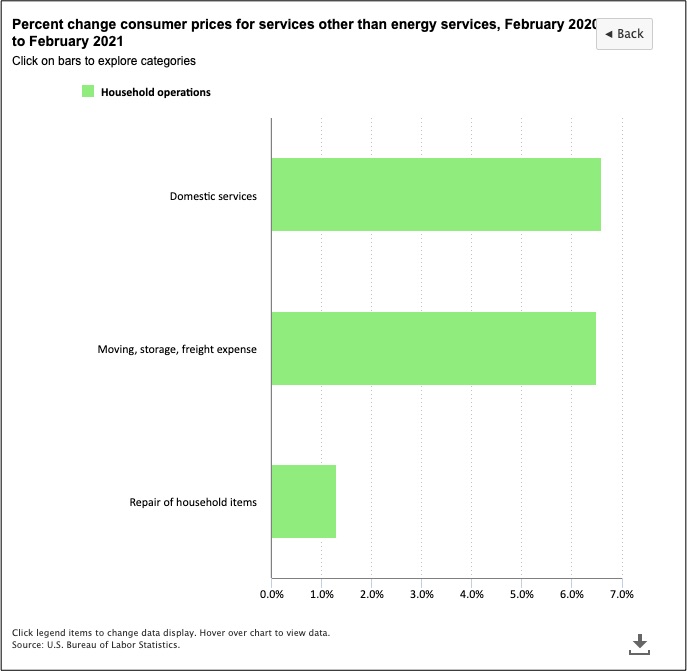 So, returning to where we began, we can ask what used car prices can teach us. Yes, there is the possibility of inflation. But, as economists we might think of the trade off and agree with Treasury Secretary Janet Yellen that recovery for devastated families outweighs the risk of “used car” inflation.

My sources and more: Having begun to read The Washington Post everyday, I discovered this used car article. From there, the AP had more as did the BLS and the Fed. To ponder what we cannot be sure of, do take a look at all of the facts to form your opinion.

What We Should Know About 58.3 degrees