How Super Bowl LV Is Different

On January 30, 2000, 11 start-ups ran Super Bowl ads. Within just a year, eight were gone because of a bankruptcy or a buyout.

$2 million or so was a lot for a young firm to spend:

In this ad, Vroom will be introducing itself to many of the 100 million plus Super Bowl LV viewers:

Meanwhile, on February 7, Chipotle will be a first timer:

Although Anheuser-Busch InBev did this wonderful spot for Bud Light, they decided not to air a Budweiser ad during Super Bowl LV:

While it took a bit longer than past years, CBS recently said that all ads are sold. Traditionally, large firms selling cars and spirits spend the most: 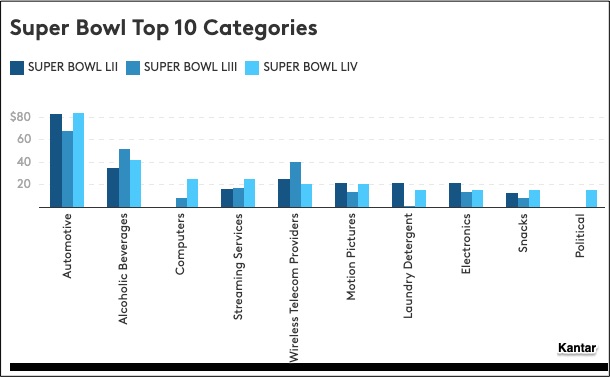 With its massive audience, the Super Bowl offers the perfect opportunity for a large firm to demonstrate how it is different. Called oligopolies, these large firms mass produce, have many customers, and few competitors.

You can see that the biggest Super Bowl ad spenders are oligopolies. However, some of the firms that we especially enjoy, including Coke, Hyundai, Pepsi, and Ford, have declined to air an ad this year. (Pepsi still will do half time.) 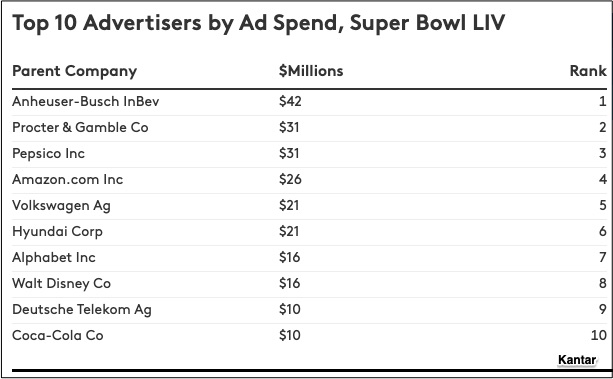 Much smaller, I suspect that DoorDash, Vroom, and Fiverr are buying $5.5 million ads for different reasons.

My sources and more: Thanks to The Hustle email for today’s inspiration. From there, Kantar Media is always good for learning about Super Bowl advertisers, as is Adage.

How To Diminish Our EV Range Anxiety

Why the Intellect of a Monarch Matters