When Marijuana Causes a Car Crash

The number of non-fatal car crashes has increased in states that legalized recreational marijuana.

Where are we going? To the cost of a car crash. But first, let’s look at marijuana.

Compared to neighboring states where recreational pot is not legal, police-reported non-fatal car crashes were up a combined 5.2 percent in Colorado, Oregon, and Washington. Yes, drivers who are high tend to brake more slowly and move out of their lanes. But the reason that traffic fatalities were not up could be that high drivers do tend to go more slowly.

When the police stop a driver, for alcohol a breathalyzer has the numbers. With pot it is much more complicated because the evidence in the blood can disappear in as little as 30 minutes. However, the impact of the marijuana can remain.

Below, a person’s blood alcohol level can be relatively constant but THC–the substance associated with pot impairment–goes straight up and then down rather quickly: 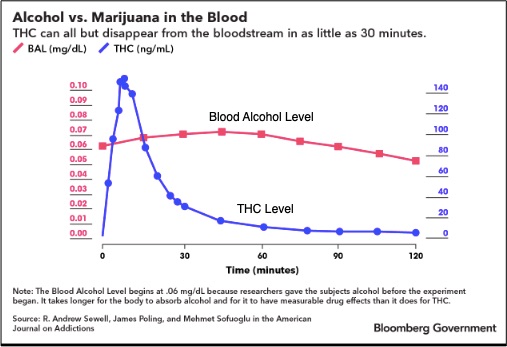 Because researchers have concluded it’s the pot causing the extra crashes, the police would like a metric that confirms a driver’s impairment. Only then can they create laws that constrain marijuana use and driving. Scientists at the University of Pittsburgh tell us that their marijuana breathalyzer will soon be ready for mass production. But they still have to figure out the breath levels of THC their nanotubes will detect and test a prototype.

Our Bottom Line: The Cost of a Crash

When the number of non-fatal crashes rises so too do costs. A 2015 report from NHTSA (National Highway Traffic Safety Administration) summarized the dollar cost of crashes in the U.S. 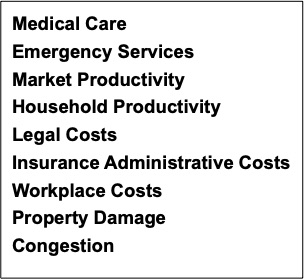 The biggest slices of the cost pie were property damage and market productivity. Then, medical expenses, congestion and insurance came next: 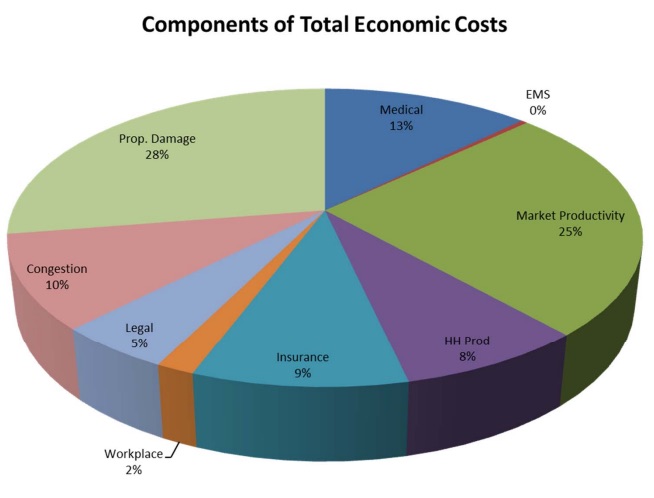 According to NHTSA, private insurers pay more than half of those costs: 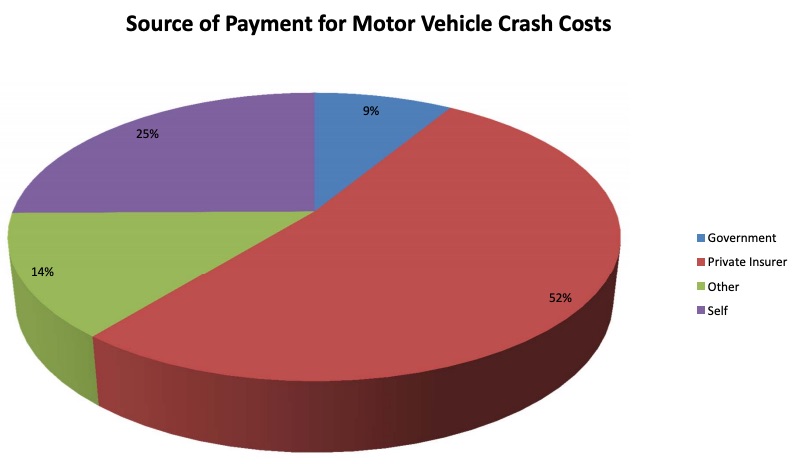 Because their numbers were from 2010, the actual dollar amounts would not be valid now. However, these were NHTSA’s estimates:

Of course, since we are looking at 2010, marijuana was not in the list of behavioral causes: 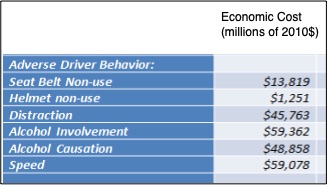 But you can still get the big idea. Since legalizing recreational marijuana appears to be adding to the cost of non-fatal car crashes, we need to minimize its impact.

My sources and more: Bloomberg, NPR, and The Washington Post were ideal for the basics on marijuana and car crashes, But if you want much more detail, I recommend these studies, here and here. And from there you could take a look at the response from a marijuana advocacy group. Then, as a final step, this 300+ page NHTSA report on the impact of car crashes and these related graphs complete the picture.

What We Can Learn From a Trout

Why Online Grocery Shopping Is Good for Us