When Canada negotiated a trade agreement with the EU, they had a feta problem. Greek feta purveyors claimed they had the sole right to the name because their feta has the distinct taste of the hillside flora eaten by their goats and sheep. The feta solution for CETA (the Comprehensive Economic and Trade Agreement between the EU and Canada ) was to prohibit new Canadian producers of the cheese from using the name feta unless it had a qualifier like “style.” (Because CETA sounds like cheater, it does not rhyme with feta.)

Meanwhile, for Australia, the story is still unfolding.

During the trade negotiations that are still going on, the EU gave Australia a rather long list of protected food names. If producers want to call a cheese brie or feta, an olive Kalamata, or a lamb, Scotch, they cannot. One dairy farmer said she didn’t mind because it would force her to create her own branded cheese. But she did object to the subsidized produce that would enter their country.

Selected goods that are produced in any of the 28 EU countries (the U.K. still included) can have one of these protected designations: 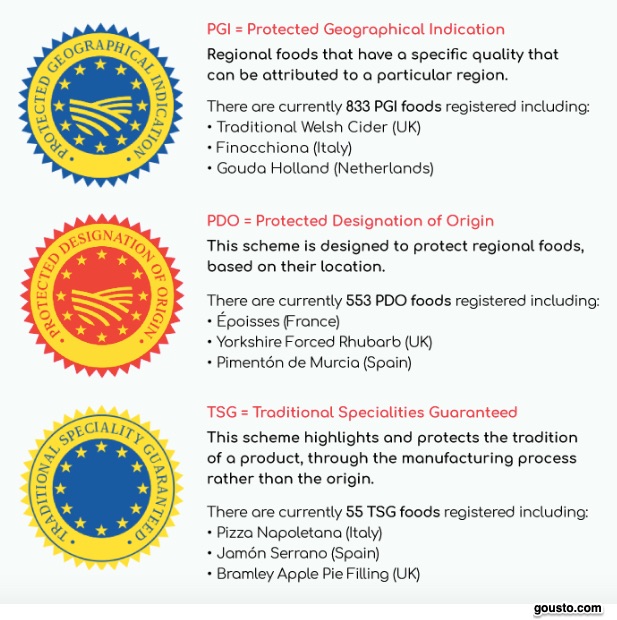 The six-page list that Australia received from the EU included Schwarzwälder Schinken beer from Germany, Tiroler Speck bacon from Austria, and Baena olive oil from Spain. (I know, I chose some obscure items.)

You can see why the list is so long: 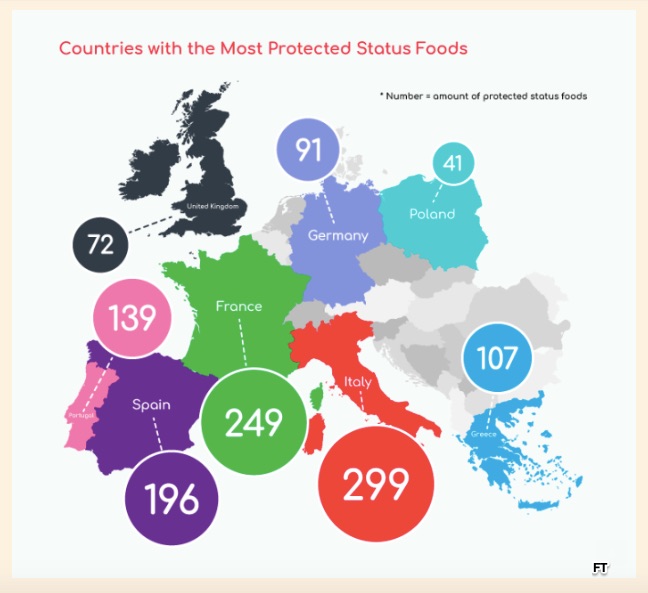 As economists, we just need to go to the four basic market structures to understand the allure of feta cheese protection. Without protection a cheesemaker or some other producer is in a monopolistically competitive market. You can see that half of the market’s name takes us to monopoly because the product has something unique. But also we have the word competition that implies many producers. Combined, the two limit the pricing power of market participants.

However, a protected designation moves producers to the right on our market structure diagram. No longer monopolistically competitive, they occupy that monopoly spot and have much more power:

My sources and more: My FT email alerted me to the resurgence of the feta wars. From there I learned my about feta’s long protection history. Much more interesting, this Canberra Times article expressed what Australians say about an EU trade deal. And finally, for more about the EU/Australia trade negotiations, this EU fact sheet has all you could possibly want to know.

What North Korean Workers Did With Their Choco Pies