What North Korean Workers Did With Their Choco Pies

In the Kaesong Industrial Complex (KIC), South and North Korea cooperated between 2004 and 2016.

The Industrial Complex was near the demilitarized zone in North Korea: 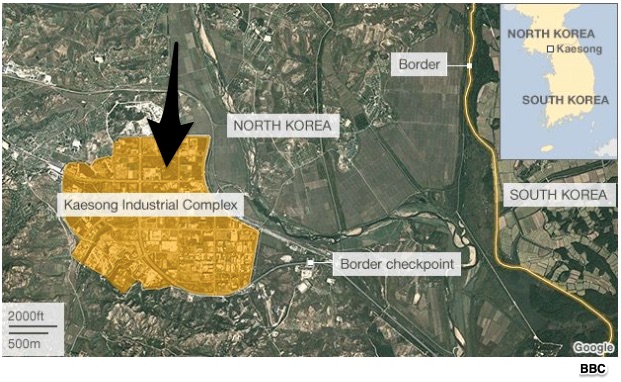 Using North Korean labor, 124 South Korean companies produced items that ranged from car parts to clothing and semiconductors. Many of us though just remember the Choco Pie.

Made of marshmallow, cake, and chocolate, Choco Pies are a tasty snack. At KIC, they also were an inexpensive bonus. At first, the South Koreans wondered why no one was eating them. After all, 54,000 employees were each getting as many as 20 Choco Pies each day. And there were no wrappers.

The reason? They were “too good and too valuable.” Instead, people took them home and sold them. As many as 2.5 million were reputedly sold for more than 50 cents apiece in North Korean black markets.

Until the North Korean government banned them in 2014, Choco Pies were the ideal wage supplement. Then, the South Koreans replaced them with noodles, sausage, powdered coffee, and chocolate bars.

In the Index of Economic Freedom, North Korea is ranked last at #180. (Cuba is #178 and Venezuela, #179.) In its description of the North Korean economy, the Index tells us that the state owns almost all property. Then, it establishes production levels that it meets through state-owned industries. Lacking rational prices, the North Korean economy has massive inefficiencies that necessitate food rationing and housing subsidies.

You can see below that North Korea is the dark red color that signifies a command economy. The scale moves from freer markets to more government intervention as it changes from green to dark red: 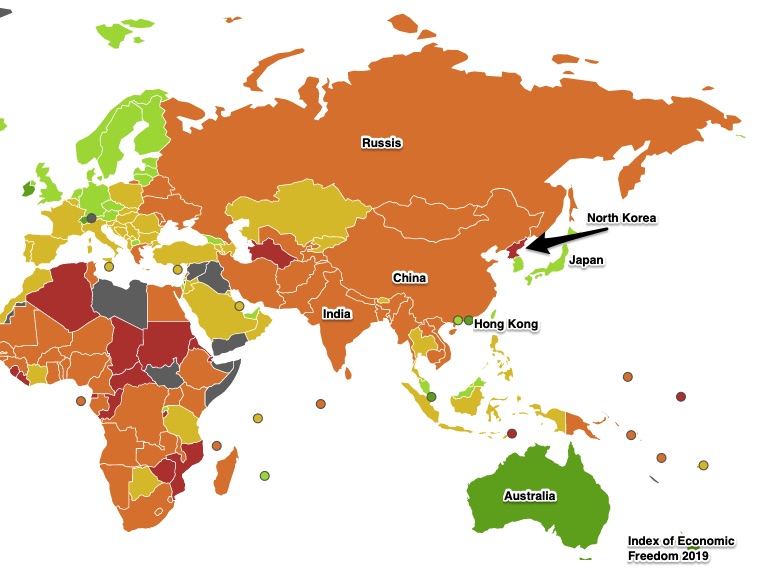 North Korea extended the constraints of its command economy to the Kaesong Industrial Complex. Workers could neither access the internet nor eat with any South Koreans. As for hiring, employees were selected by the North Korean government. The South Koreans weren’t allowed to match the person with the job. They had no managerial flexibility.

But the evolution of Choco Pie markets does reflect the entrepreneurial activity that the government has begun to permit.

My sources and more: Thanks to NPR’s Planet Money for alerting me to the Choco Pie story. From there, The Washington Post had extra details as did the London Review of Books, Quartz, and Chosunilbo. Finally, this BBC article told about the KIC while 38north.org had more about North Korea.