He was referring to the $16 billion federal subsidy that was targeting Midwestern farmers. Although the trade war had eliminated close to 84% of Maine’s lobster exports to China, his state was getting nothing.

Where are we going? To invisible businesses.

During July last year, we had a new round of U.S. tariffs on Chinese goods. The Chinese reaction was a retaliatory menu that included lobsters.

The total impact on trade? You can see the downward trend in export totals (below). Yes, March exports display a pop but then it’s back down to $7.8 billion. That $7 billion low was untouched territory in 2017 and 2018: 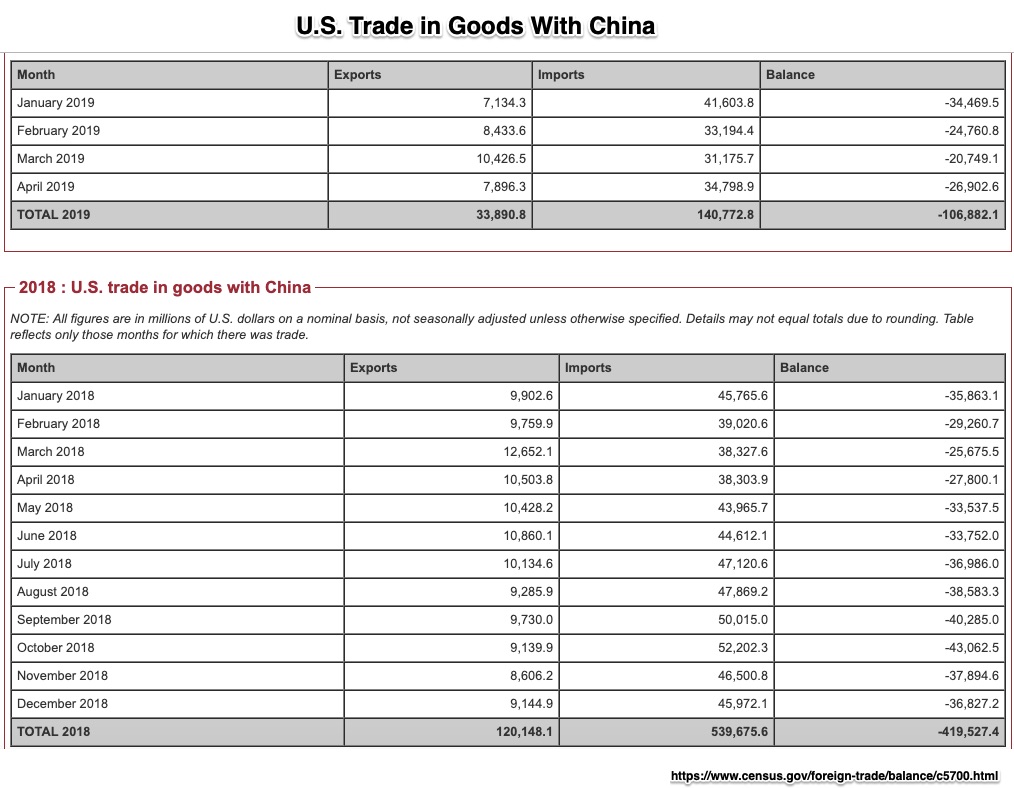 Lobsters helped bring our export numbers down. An increasingly affluent Chinese middle class had been eating more lobsters. They still are. But now the lobsters are from Canadian exporters whose prices are a quarter to a third less than Maine’s.

With pharmaceutical and wood products close behind, Maine’s lobster and seafood industry was hardest hit by Chinese tariffs: 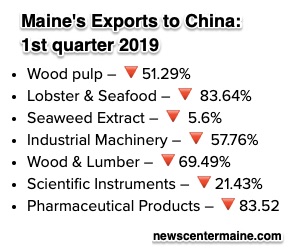 The following slide from a Colby College report on Maine’s lobster industry shows how a tariff reverberates through a network of businesses that include lobster co-ops, wharves and buying stations, and wholesale distributors and processors: 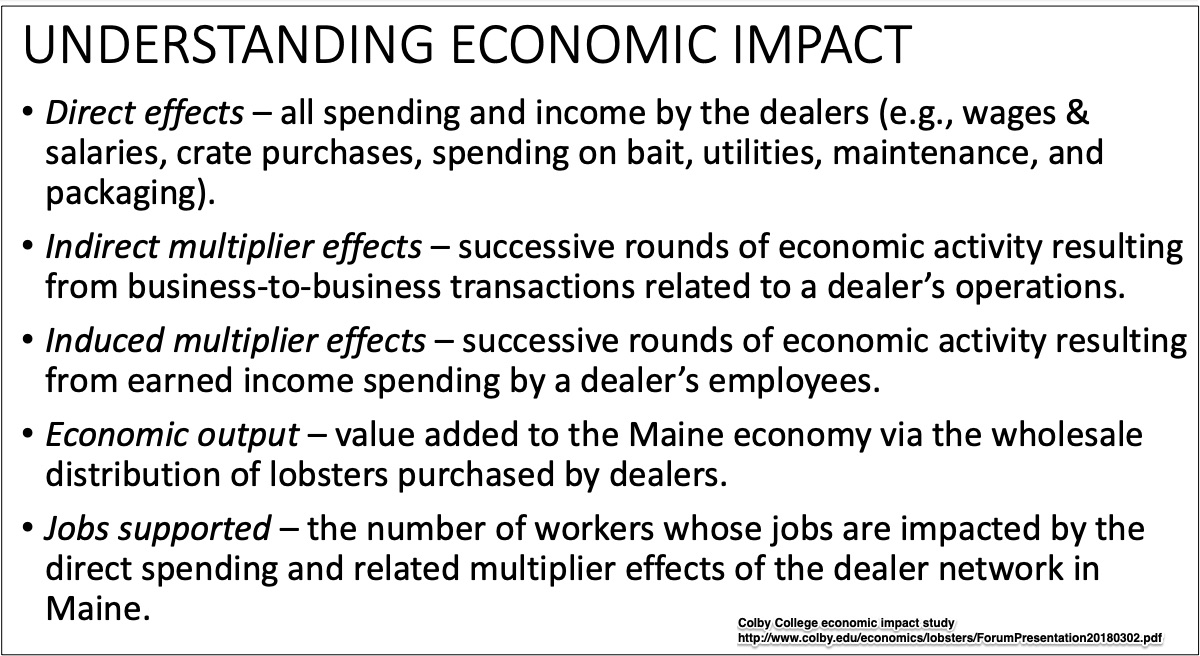 Maine Coast is a lobster wholesaler with 45 employees that depended on China for one quarter of its business. After five years of nurturing relationships with Chinese buyers, all was supposed to blossom in 2018 with the industry enjoying a 169% increase. Instead, Maine Coast lost 80% of their China business and $10 million in revenue.

Yes, they are trying to shift to Vietnam, South Korea–a total of 30 other countries, but so too is every other lobster exporter. And, they add that the environment is so uncertain.

Our Bottom Line: An Invisible Impact

Until we look at Maine Coast and other businesses like it, the massive impact of a tariff on the exporter supply chain is invisible.

For that reason, Maine’s congressional delegation is requesting that President Trump recognize their plight. I would add though that more subsidies are not the answer. Instead, we need to eliminate tariffs.

My sources and more: Sometimes handy, the Washington Post Daily 202 alerted me to Maine’s subsidy inequity. But from there, you might enjoy (as did I) taking a closer look at Maine’s lobster industry through Maine’s News Center. the Bangor Daily News and this Colby study. Finally, displaying even more invisibility, this paper looks at how lobster re-exports from nations like Thailand obscure the true amount of lobsters that go to China.

I would like to note also that for the first time, when eating lobster, I will be aware of the economic significance of the rubber bands. According to the Colby report, in the lobster supply chain, a dealer can spend as much as $1 million on rubber bands. (Our featured image is from Pixabay.)

The Economic Side of T. rex