The Economic Side of T. rex

Since she (or he) died 66 million years ago, a T. rex has resided underground in eastern Montana. But then Kathy Wankel saw a part of its lower arm bone sticking out above ground. She dug it up, took it home, and called the Museum of the Rockies.

The story takes us to a mind boggling dinosaur discovery and the federal budget.

In September, 1988, the Wankel family was out camping near their Montana ranch where they raise Black Angus cattle. Called the Hell Creek formation, the area was the long ago home of dinosaurs and the ideal spot to search for bones. As Kathy Wankel explained, “The light was perfect. I could even see the webby pattern of the bone marrow.”

On that day though, because their children had school, there was no time for a dig. Instead, they returned close to a month later, unearthed some bones, and placed them in their beer cooler. At home, they washed them and then, at the end of November, drove it all to the Museum of the Rockies.

Used to getting random rocks and contemporary bones, the museum staff immediately recognized the significance of the find. Now, the rest of the story is 31 years of history. After “scraping” through tons of red tape and rock, they wound up with almost 90% of a “beautifully articulated” tyrannosaurus rex.

The Museum of the Rockies was the first to exhibit the T. rex bones. But the specimen was actually owned by the Army Corps of Engineers. So, once the Smithsonian had arranged a 50-year loan, 16 crates containing the T. rex were sent in a special FedEx truck to Washington D.C.

A replica that stands outside the Museum of the Rockies: 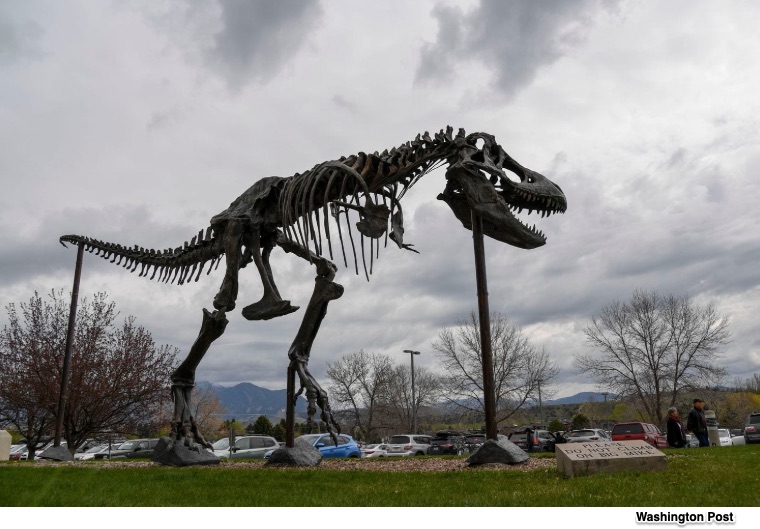 Yesterday, the doors of the  Smithsonian’s Museum of Natural History’s new fossil and dinosaur hall opened for us all to see an awesome T. rex. Assembled, it is 12 feet tall, 35-feet long, and chomping on a triceratops. Scientists call her (or him) MOR 555, in Montana she is Wankel T. rex, and the Smithsonian says it is the Nation’s T. rex.

You can see below precisely what they found. The bones shaded blue were the real thing while the rest is what they had to fabricate. Each tooth is the size of a banana: 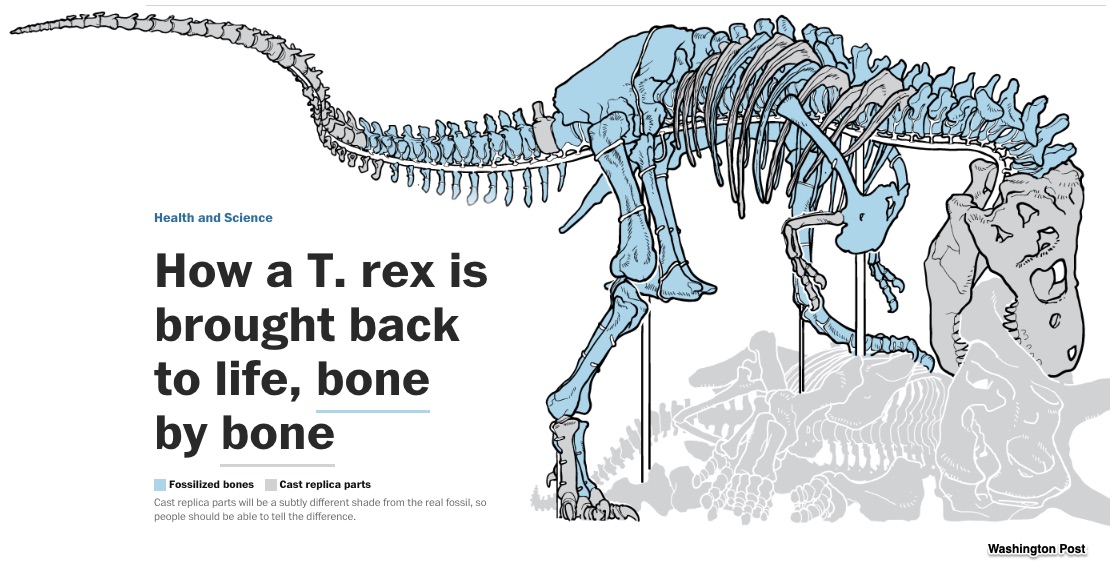 This is how they did it:

Defined as spending, taxing, and borrowing, the federal government’s fiscal policy covers everything from your grandma’s Social Security check to reconstructing a T. rex. For fiscal 2020 (Oct. 1, 2019 through Sept. 30, 2020) federal spending will be close to $4.75 trillion. From that total, the Smithsonian gets close to $1 billion for its museums and research centers. And out of that $1 billion, the Natural History Museum needed $110 million to renovate its dinosaur and fossil hall. Because $40 million came from private donations, the federal obligation was $70 million.

This is the Smithsonian’s Museum of Natural History: 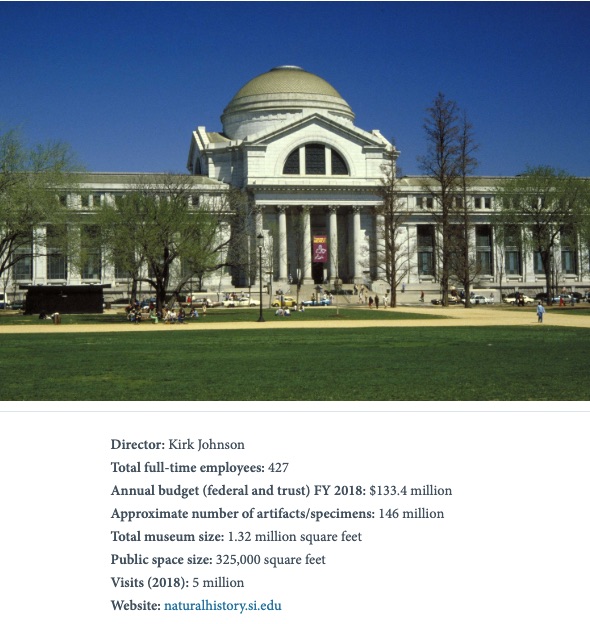 We could say that tax dollars from you and me helped to rebuild an awesome dinosaur.

My sources and more: Thanks to NPR’s Science Friday for introducing me to the T. rex discovery. From there, The Washington Post, here, here, and here had the whole story. But it was tough to find the spending until I discovered this Reuters article. Then, for the actual numbers, the Smithsonian had the details,

Our Weekly Economic News Roundup: From Amazon to Avocados

Why Maine Says It's Forgotten