The Little-Known Impact of Chinese Tariffs

On June 1st the U.S. China trade war got worse…but not for everyone.

Whereas China imported fewer soybeans from the U.S., it began to buy more from Brazil and Argentina. Similarly, U.S. lobster exports to China are down 70%. But Canada’s have doubled.

Where are we going? To the less-noticed side of the trade war.

At the beginning of 2018, China’s 8% tariff targeted everyone. By July though, as U.S. tariffs went up, other countries saw them go down. Ranging from cosmetics to fish, U.S. goods were slapped with a Chinese tariff that averaged 20%. Meanwhile competing exporters enjoyed a lower rate that was closer to 6.7%: 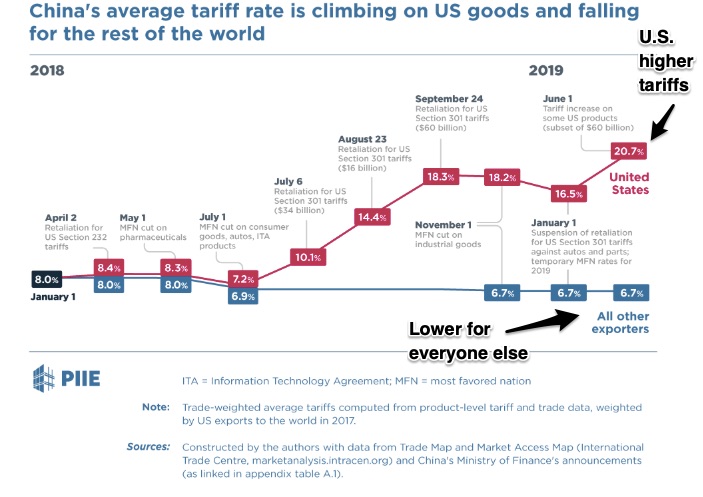 By the beginning of this month, the spread between Chinese tariffs on U.S. goods and its competitors had expanded. For U.S. farm and fish products, China’s tariffs went up from 21% to 42%. But they slipped down to 19% for everyone else. Elsewhere, the difference was similar: 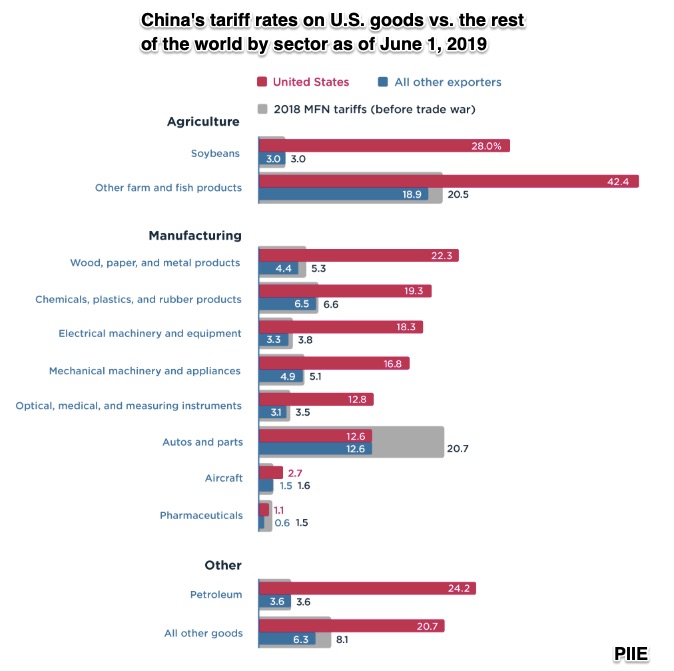 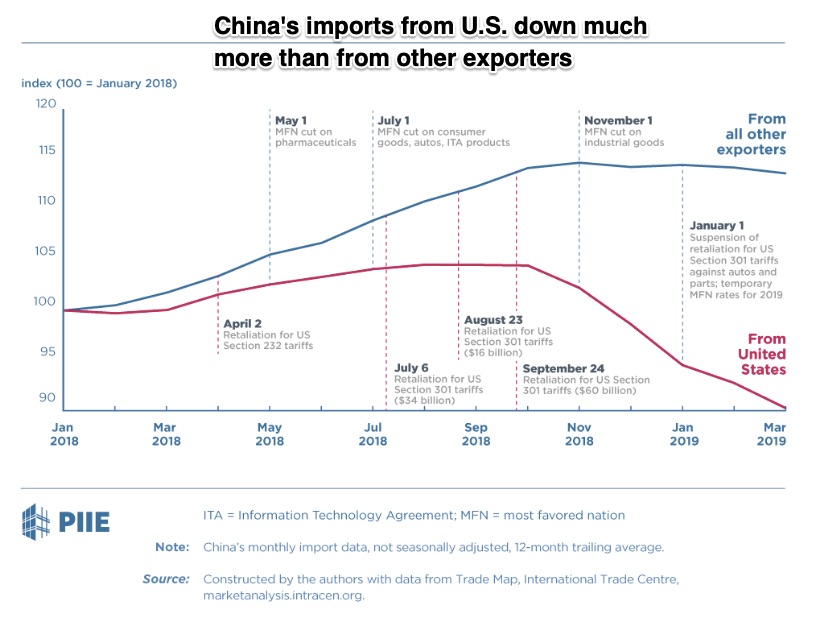 We also rarely read about the plunge in Chinese foreign direct investment (FDI) in the U.S. With its new U.S. FDI nearing zero, China is creating fewer jobs here: 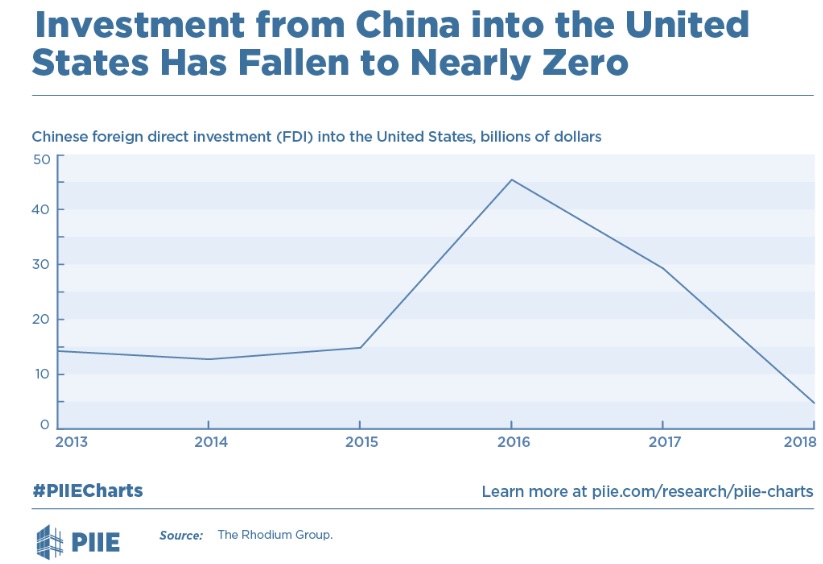 You can see below where the Chinese were making their investments: 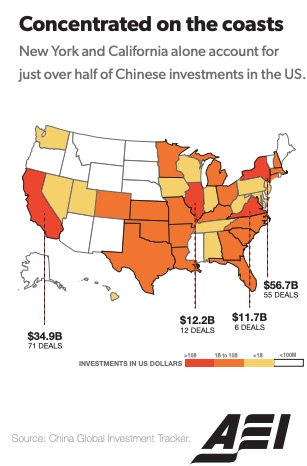 And these are the industries they selected for their FDI: 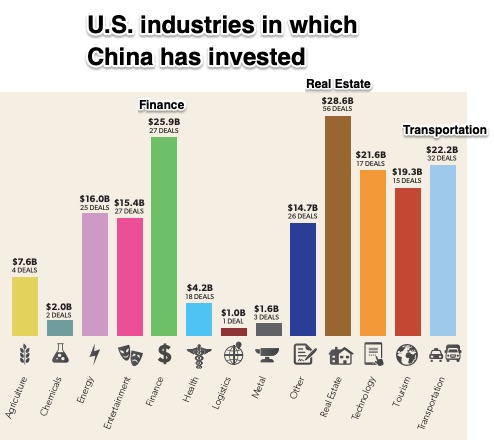 The Peterson Institute said that China has a two-pronged approach. As they hit the U.S. with a tariff “stick,” they’ve been “offering carrots” to other countries like Canada, Japan, and Germany. With many more smiling competitors, we can assume that some of the consequences were unintended.

And, returning to where we began, we now know why Chinese consumers are buying more Canadian lobsters.

My sources and more: Combined, this Reuters article and this report from the Peterson Institute show the hidden Chinese response to U.S. tariffs. Add to that this PIIE look at the decrease in China’s foreign direct investment (FDI) in the U.S. and the little-known side of the trade war becomes ever more obvious.

Why Snow Removal in Sweden Is Sexist