Why the Sports Bra Is so Much More Than an Undergarment

When Brandi Chastain became a star on July 10, 1999, so too did her black Nike sports bra.

Do take a look at her winning penalty kick and her exuberant response:

At that moment, the sports bra became more than an undergarment.

Looking back at women’s athletic attire, I thought of Ginger Rogers and Fred Astaire:

In 1887, women played tennis at Wimbledon in floor length skirts, petticoats, and what sounded like life threatening corsets. Perhaps equally constrained, Annie Peck climbed the Matterhorn in this outfit at the end of the 19th century: 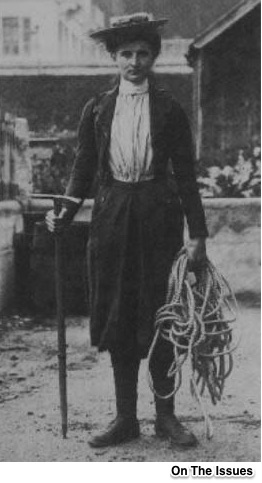 Fast forwarding almost 100 years to 1972, through Title IX, gender equity in all federally funded school programs became the law of the land. Whereas just 1 in 27 high school girls had been participating in athletic programs, only 6 years later, the ratio skyrocketed to 1 in 4.

The big moment came in 1977 with the first sports bra: 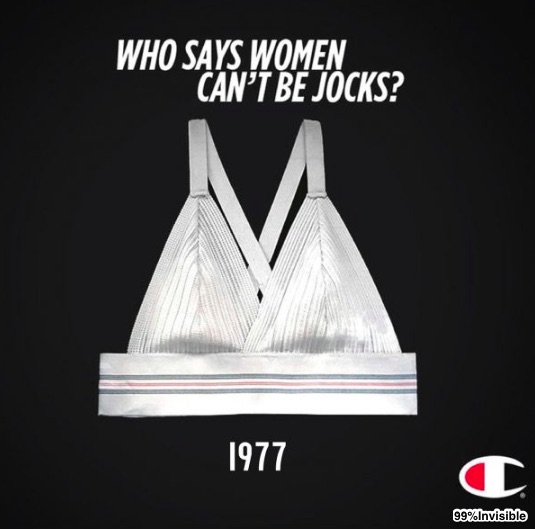 It all began with a female runner who wanted to take her t-shirt off when she was sweaty. She wanted an undergarment with straps that didn’t slip down her arms nor dig into her shoulders. Her solution came from a joking husband who placed his jock strap across his chest. Joining in the laughter, she tried it and had her “Wow Moment.”

This was an early “jogbra” patent: 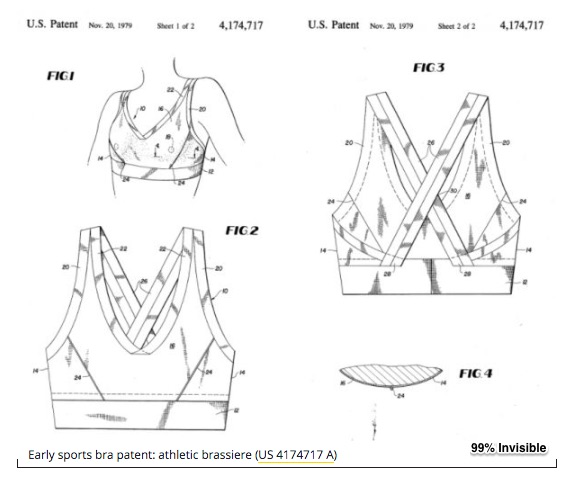 You can see that the first sports brassieres were not just pieces of fabric. Nor did they belong in any lingerie department. They represented an engineering feat that sought to control breast movement. Currently, researchers use ultrasound, 3D scanning, and skin measurement to figure out how breasts move. Soon one group hopes to add inertial sensors that will measure acceleration.

So yes, because you are studying “the nuance of bounce,” moisture, chafing, and style, even now, making the ideal sports bra is a challenge. Nike says that it spent 600 hours testing a sports bra’s biometrics.  Meanwhile, Victoria’s Secret claims that its sports bra reduces breast bounce by 74%.

The sports bra is a classic entrepreneurial story. Two women identified a need and then satisfied it. Now, 42 years later, it’s a $15 billion market: 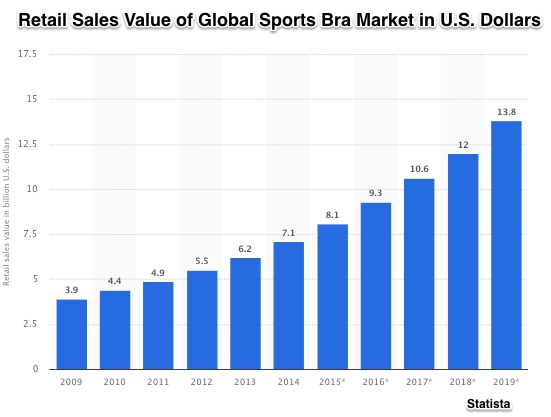 As Brandi Chastain so perfectly demonstrated, the sports bra is about style, health, physics, and power.

My sources and more: Thanks to a 99% Invisible podcast for alerting me to the history of the sports bra and to Quartzy and Vox for an equally interesting write-up. Meanwhile, On The Issues had some women’s athletic history and this Betsey Stevenson NBER paper had more on Title IX. Finally, the NY Times even wrote about a possible sports bra conspiracy at the 1999 Women’s World Cup.

The Tiny Screw That Made a Big Difference