All You Need to Know About a NASA Shutdown

Because the appropriations bill that covers NASA’s budget was not approved by the Congress, it had to shutdown. But what about the International Space Station? Uncrewed spacecraft? The New Horizons flyby?

How NASA Shuts Down

After two previous shutdowns this year, NASA just did an update. This time it retained 437 full-time staff, 664 on a part-time basis, and kept 2,189 on call for emergencies. The rest of their 17,586 employees were furloughed. Whether at home or at work, no one is being paid.

Like other government agencies, NASA refers to “excepted” workers and “excepted” activities. They intentionally do not say “essential.” In its December 18 update, NASA divided its excepted people into three categories: 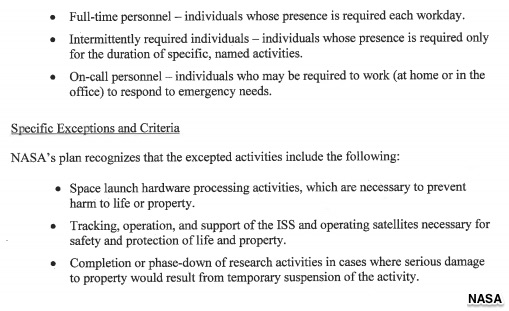 As you can see, the basics are about protecting lives and property. The ISS will be fine while the Johns Hopkins Applied Physics Lab will continue operating the New Horizons flyby spacecraft. NASA won’t publicize its New Year’s flyby event but Hopkins will.

This is a rendering of that January 1 New Horizons flyby of the Ultima Thule. It’s located one billion miles beyond Pluto: 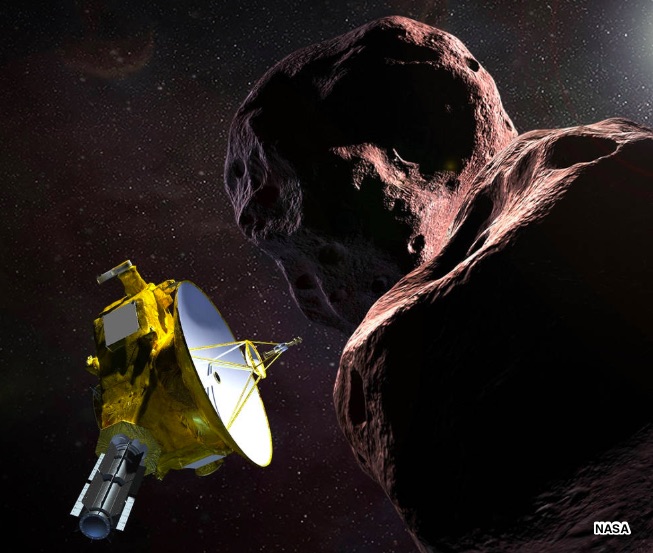 Similarly, satellites in space will operate but none will launch if unfunded. Contractors doing “excepted” activities and those with the cash and the approvals could continue. There’s lots more detail but you get the picture.

NASA cannot continue spending without Congressional approval. Including NASA, the unfunded appropriations are in gray:

In the aggregate, economists believe this shutdown will cost billions. There are 350,000 furloughed and 420,000 “excepted” employees. All could be paid. At NASA, we have the quantifiable cost and also the intangible morale of unpaid employees.

Also, we have the private sector. Think of the hotels near national monuments that are losing business. Mortgages were not approved because FEMA (temporarily–they started again) stopped issuing flood insurance. Loggers cannot work in National Forests and the Panda Cam will stop streaming from the National Zoo after January 2.

The word “shutdown” obscures the massive impact. Summarized in one term, it sounds simple. But it is not.

My sources and more: The Planetary Society and Space News are the perfect sources for an update as is NASA. Next, for the current shutdown basics, Bloomberg had a good article. And finally, for another agency story, do go to the Washington Post.

Please note that several parts of Our Bottom Line were in a past econlife post. Our featured image is from NASA.