The Jobs That Women Don’t Do

One of the original Rosie the Riveters was just in the news. Now 98 years old, Elinor Otto visited the San Diego aircraft plant where she first picked up her riveting gun during World War II. At the Douglas Aircraft Company, Elinor Otto worked on the assembly line for 65 cents an hour ($10.43 today). Doing what had been called a man’s job, she was hired because the men had a war to win.

We could say that she too was fighting a battle. But this fight was about proving that women could do what had been considered “men’s work.” Or, as she explained, “We made history–now it’s your turn.”

In a delightful interview, Elinor Otto talks with Ellen about what the men at the plant thought of her (and more). In her 90’s she was still riveting:

Where are we going? To where and what women are prohibited from doing.

The Jobs That Women Are Not Supposed To Do

In 104 economies, the law says women cannot do certain jobs: 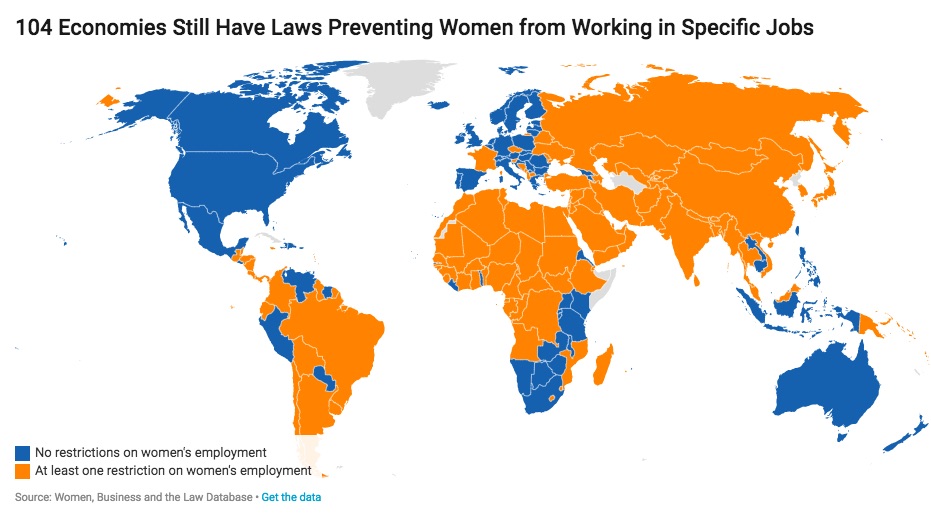 Steering a ship and driving a train are in a list of 456 jobs that Russia says are too strenuous for women. More broadly, certain countries prevent women from doing “morally inappropriate” tasks like bleeding or stunning cattle, pigs or small ruminants (Kazakhstan). Women shopkeepers have a curfew in Mumbai. 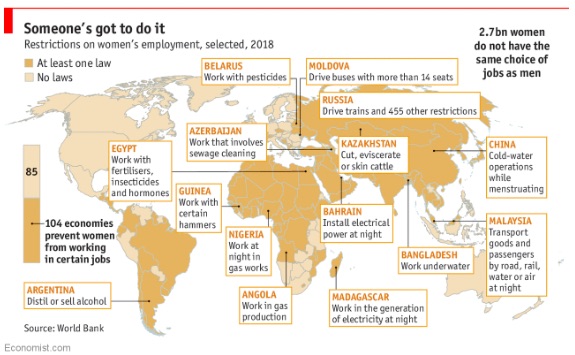 When women are prevented from optimally using their human capital, the entire country suffers. As economists we can draw a production possibilities graph to display the impact.

Placing the dot inside the line rather than on it indicates that more consumer and capital goods could be produced. In other words, output is being constrained.

Happily for all of us, our country’s Rosie the Riveters nudged that dot closer to the frontier.

My sources and more: Moving from the specific to the big picture, you might meet Elinor Otto and then look at the Economist and this WEF article. But for all of the facts, this 187 page World Bank report is excellent.