How a Chinese Smartphone Could Be Made in America

When the U.S. proclaimed a seven-year ban on doing business with China’s ZTE, the stock price of Acacia Communications plunged: 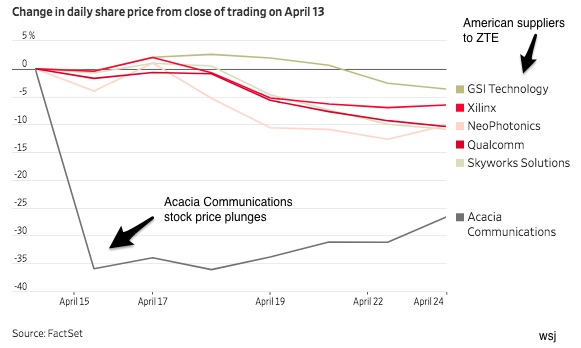 We could say the butterfly effect kicked in.

Initially academic, the butterfly effect said that slightly changing your starting equation can immensely impact your final results. But as the idea spread, its popular version explained that a wing’s flutter in Brazil could create a tornado in Texas: 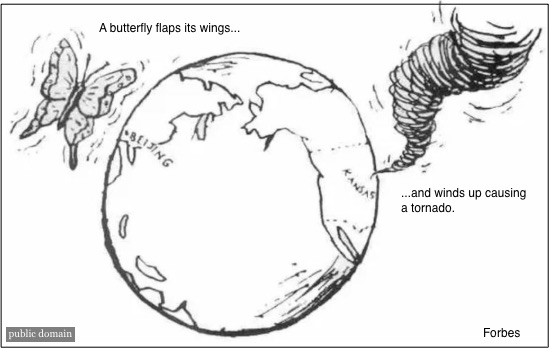 So where are we going? To the distant impact of a U.S. regulatory decision.

While U.S. firms are prohibited from doing business with Iran and North Korea, it becomes more complicated with foreign companies. The basic idea though is that whoever does the sale, if a U.S. part is involved, the transaction is banned.

That takes us to ZTE.

The Chinese telecom firm ZTE admitted to violating the U.S. export ban and paid a fine. However, during April, the U.S. Department of Commerce said that U.S. firms could no longer sell to it because it had violated the terms of that settlement.

ZTE is a Chinese company that produces smartphones and telecom equipment. In the U.S. its budget smartphone made it #4 behind Apple, Samsung, and LG. 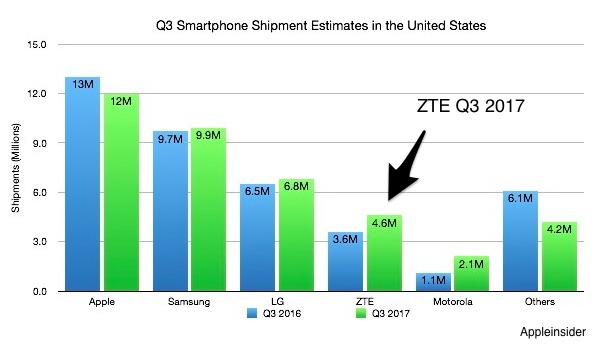 But there us more to its U.S. presence.

WSJ tells us that U.S. firms supply close to 60% of the electronics in ZTE’s Axon M smartphone: 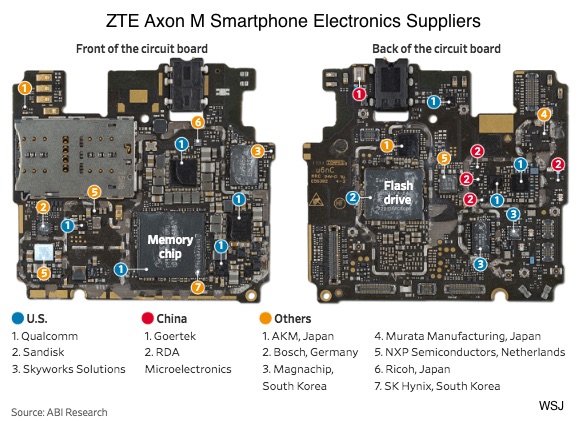 We also know that ZTE used U.S. chips in 84% of its first quarter shipments and Google’s open source Android operating system is in its devices. Furthermore, foreign firms that purchased their touch screen technology from Corning do business with ZTE.

We could continue but you get the picture. An immensely intricate global supply chain is responding to a U.S. Commerce Department decision.

ZTE has said it will “cease major operating activities” because it cannot purchase U.S. components. That decision affects a global supply chain, thousands of jobs in the U.S. and China, and ZTE’s customers in the U.S., Africa, and the Caribbean.

Returning to where we began, the butterfly effect of the Commerce Department’s decision will produce unintended consequences far from its Washington D.C. offices.

My sources and more: Having learned so much from the Peterson Institute podcast series on trade, I now thank them for their ZTE episode. From there, WSJ, here and here was the ideal complement. And finally, zdnet had more on the Commerce Department decision.