The Downside of a Minimum Wage Increase

Seventeen other states have similar objectives: 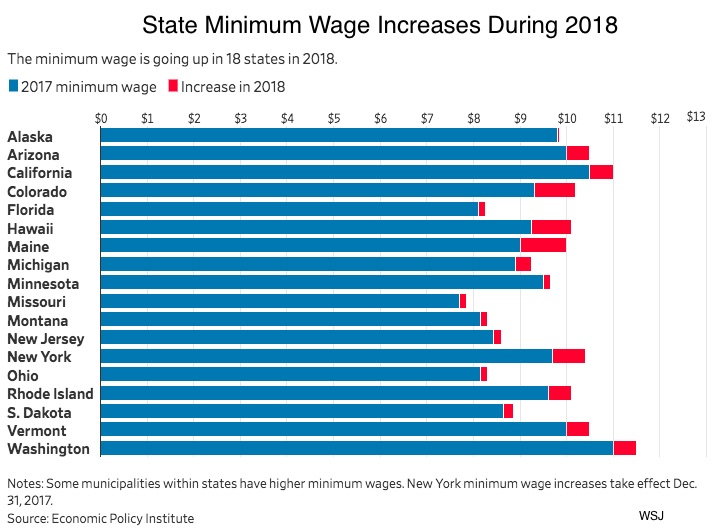 But two recent studies indicate it’s not quite that simple.

For the lowest wage earners, they presented three categories: 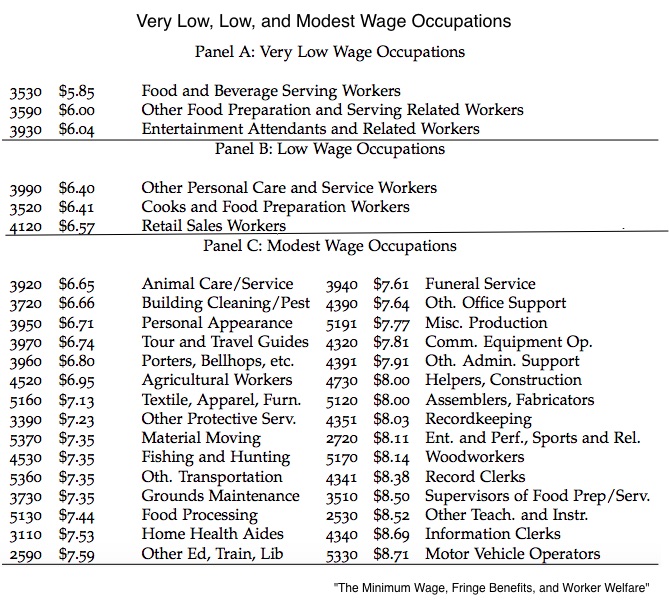 In 2014, Seattle’s Minimum Wage Ordinance established a schedule for the minimum wage to rise. Climbing to $11 in 2015 and then $13 in 2016, the top is $15. Again using government data, scholars from the University of Washington assessed the impact of Seattle’s minimum wage hike.

The average pay was up for low wage workers but there were fewer jobs and shorter hours for those who kept their jobs. Specifically, hours for low-skilled workers were down by 9.4% when the minimum wage rose to $13. At the same time, there were 5,000 fewer low wage jobs, a 6.8% drop.

So, when my governor says he will help 1.2 million workers, he is not expressing the entire story. We also need to know the tradeoffs.

My sources and more: Thanks to marginalrevolution for alerting me to this new paper. that reminded me of the University of Washington study. From there, we just needed the ideal complement from WSJ for a factual update and the Washington Post for the most insight.

Please note that we looked at the University of Washington study in a past econlife.

The U.S. Army's War Against the Vegas Golden Knights