The Mystery of the STEM Paradox

Slightly more than half of all new U.S. medical students in the United States are women. Four-fifths of all U.S. veterinary students are women. However, for science, technology, engineering and math (STEM), the numbers plunge.

Let’s start in the U.S. with some numbers. In high school Advanced Placement (AP) computer science (CS) courses, the men dominate.  Totaling close to 29,000, the women took just 27% of the CS exams.

You can see below that there was a spurt from 2016 to 2017. But still, we are looking at women occupying a small proportion of the total:

There also are vastly fewer women than men graduating with computer science degrees. Sadly, the 2015 number is down from 2003. But it did rise recently: 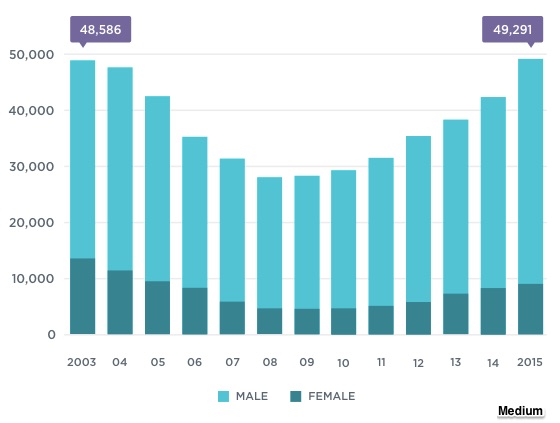 Moving from the U.S. to Qatar or Jordan or Algeria, we have some surprising numbers. In Algeria, 41% of STEM grads are female. In Qatar, Jordan, and the UAE, women report being more comfortable with math than their male peers: 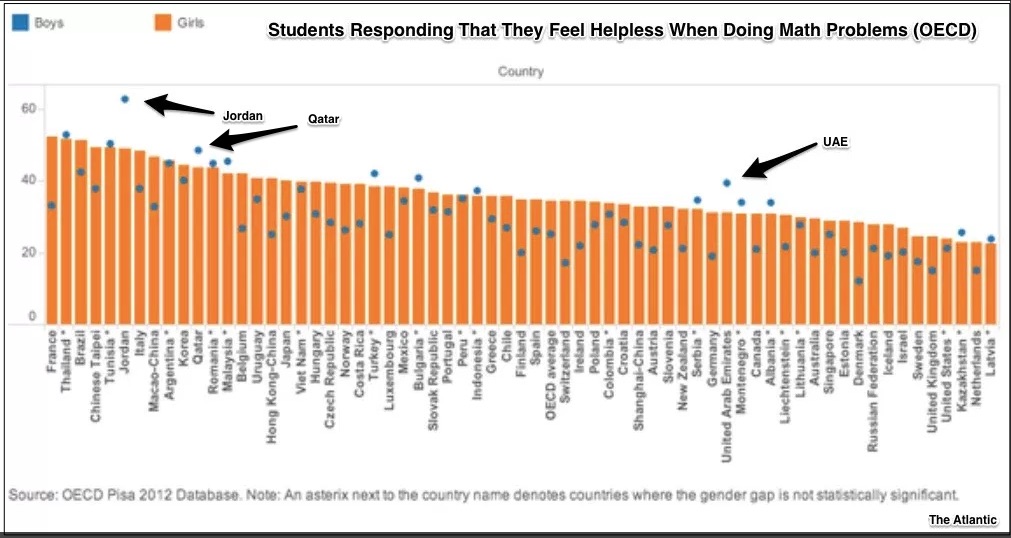 You see where this is heading. In non-female friendly countries, a greater proportion of women have STEM college degrees: 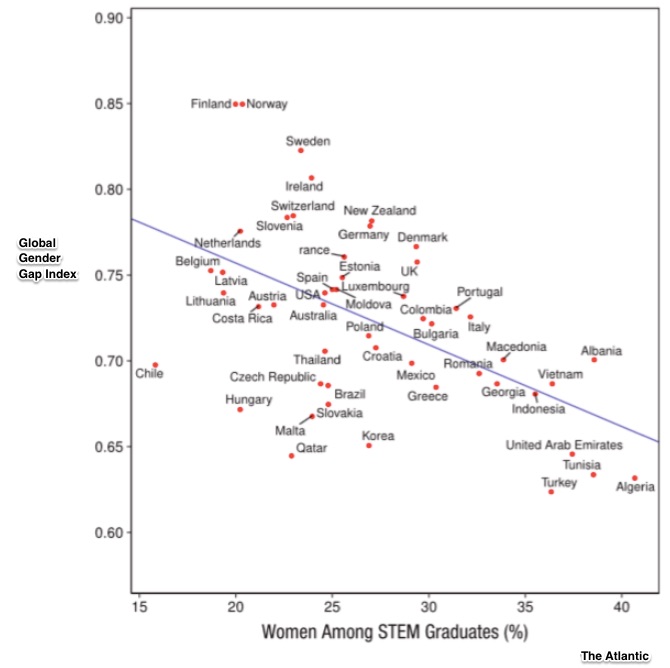 So we wind up with a paradox. Where women have the freedom to function freely, STEM is a less desirable choice. BUT the women with far fewer opportunities select STEM.

Trying to solve the mystery of the paradox, the director of the Cornell Institute for Women in Science suggests that STEM is a route to freedom. Through a STEM career, a woman can become financially independent. As a result, although men tend to test better in science in most countries and women in reading, the STEM career makes sense for females with fewer alternatives. By contrast, women in places like Finland, Norway and the U.S. are more likely to select the academic disciplines and careers where they feel most comfortable.

I wonder then if we can say that Western economic development and women studying STEM have an inverse relationship. I know this is a leap and so many other variables could be cited. But still, defined as the impact on an uninvolved third party, some negative externalities could be at work.

On the other hand, some countries that ranked low in the World Economic Forum Global Gender Gap Index have higher female STEM participation. Are we looking at positive externalities?

My sources and more: Thanks to “Mind & Matter” from WSJ for alerting me to the gender STEM study. From there, I discovered a slew of related articles starting with the Atlantic and then in Medium, here and here.

Weekly Economic News Roundup: From When You Sleep to Where You Shop

How a Steel Tariff Creates a Lobster Trap