The Mom Penalty and the Dad Bonus

Would most women have said the same thing?

In 1979, women typically earned 63 cents for every dollar that men made. By 2003, the gap had shrunk to 81 cents for each dollar. In 2010, we even had ABC  News announcing that women earned 8% more than men if they were unmarried, under 30 and living in a urban area.

But that subset is small.

You can see below that other categories of women who are comparable to men in every other way get paid less: 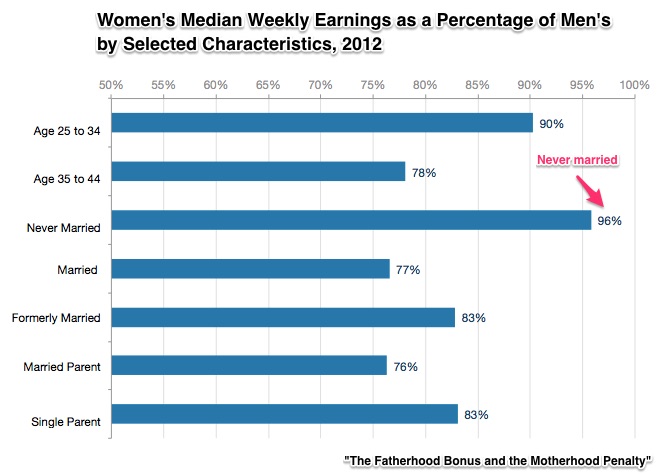 The number to remember is 4%. A mom’s wages plunge 4% per child. But it gets even worse because your affluence counts. For the top 10%, the motherhood penalty pretty much disappears. However, with the lower wage earner, it is 6%.

Hypothesizing why, we can cite a list of reasons.

Women could earn less because they…

Meanwhile, men benefit from being fathers, especially those at the top. The reason could be that fatherhood implies stability, a wife to take over your responsibilities, and the need for a greater work commitment. For married (or even unmarried) white college-educated men. the daddy bonus can be as much as 8%. But lower wage earners benefit much less. 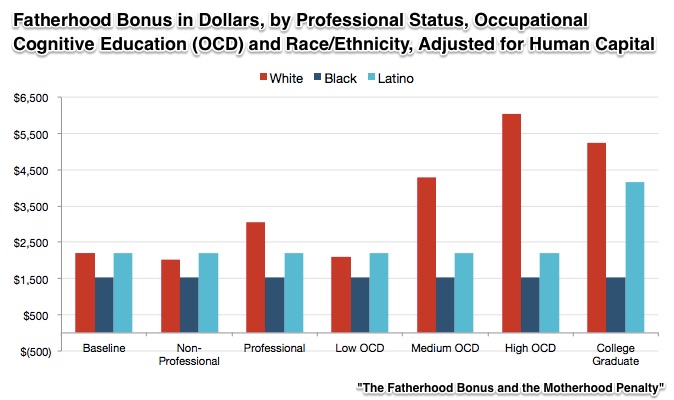 A behavioral economist could say that the mom penalty and dad bonus are all about confirmation bias. Because employers expected children to affect the job done by women, they paid them less. Consequently they were reinforcing and perpetuating social norms that constrained women’s careers.

So yes, Elon Musk might be disparaged less for working when with his children than a mom. And, as a white highly educated dad, he has the biggest boost from the fatherhood bonus.

My sources and more: Recently, articles about professional women and children are everywhere. WSJ spoke about female innovators and the NY Times, about the economics profession (as did econlife). Meanwhile, these recent papers, here and here, and summaries of studies, refer to the motherhood penalty. And BusinessInsider had the Elon Musk fatherhood quote.

How to Make a NAFTA Burger