The Dutch city of Maastricht had been a magnet for marijuana tourism because it is located close to four other countries. All changed though when they blocked certain nationalities from buying pot in their “cannabis cafés.” 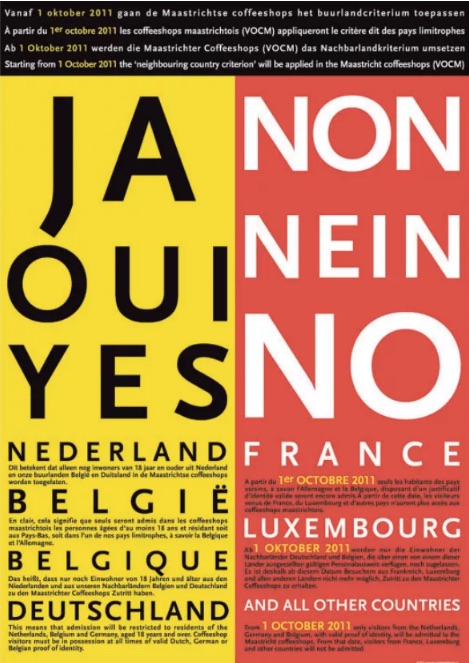 While the Maastricht ban was supposed to reduce troublesome behavior, it also had an unexpected impact.

The Maastricht government hoped to control its “nuisance prone” tourists. So they said only the Dutch, Germans, and Belgians could legally buy marijuana. Meanwhile, over at Maastricht University, the ban diminished pot smoking and created a research opportunity. (Their paper was called “High Achievement.”)

You can see below that before the prohibition, non-Dutch nationalities purchased 20% of all marijuana. After, we have a drop to 1.5%: 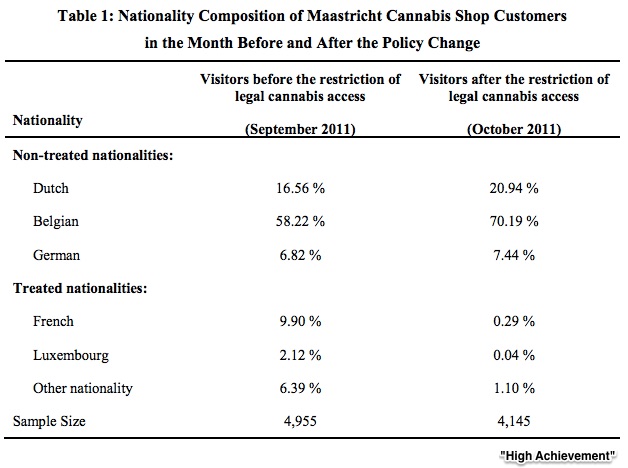 Researchers wanted to see if academic performance changed in quantitative courses that required math skills because there was less access to pot. Their data included grades, dropout numbers and study time. Their results? Particularly for female, weaker, and younger students, grades were higher.

Do look between the vertical red lines to see when the ban was in effect. That is when the two groups’ grades diverged: 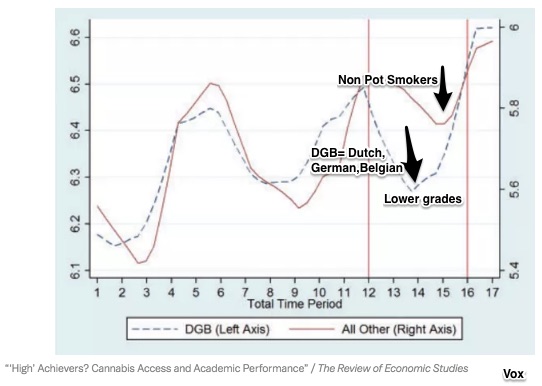 In some of Maastricht University’s quantitative courses, students with access to pot fared more poorly than those who had no legal way to buy it. Perhaps by reducing concentration, marijuana contracts our human capital.

My sources and more: Thanks to marginal revolution for alerting me to the marijuana study. If you want to read a good summary, do go to Vox and the Washington Post. But if you want all the facts, here is the academic paper.