A Surprising Way to Ration Education

Because of increasing demand, Shanghai’s private schools have revised their admission requirements. In addition to the typical student tests and interviews, now parents and grandparents have to meet certain academic standards.

At two schools, if your kid applied, YOU would have to take an IQ test. Parents have even reported that their IQ test was “tricky” and they “did not have a clue.” Also, there were questions on their family background.

From the parents’ test: 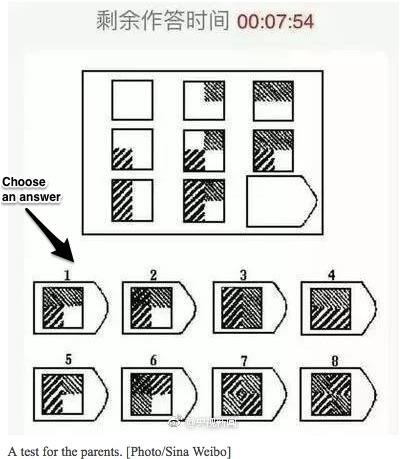 Where are we going? To rationing.

When the first nine years of school in China became mandatory after 2006, many more children attended school: 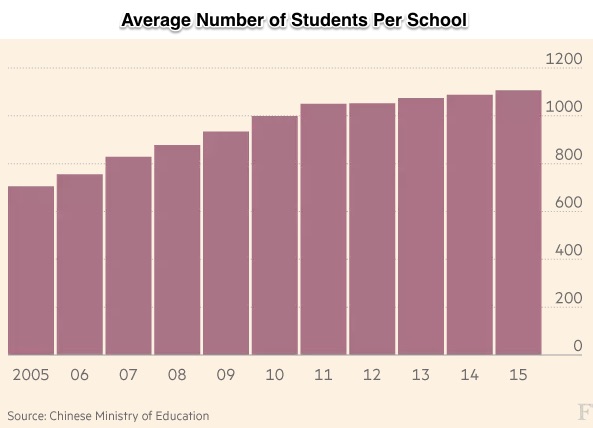 As the public schools became more crowded, the affluent increased their demand for private schools. At one Nanjing private school, 2530 students sought one of the school’s 320 spots.

Responding creatively, public high schools have started fee-based international divisions for students hoping to attend a foreign university. They have also established their own private branches. Meanwhile, private schools have been licensing their name to companies that open in a new location and increasing their admission requirements.

Although we could say that private school education is being rationed, we would not mean what most people think. Actually, all goods and services are rationed. Because societies have to have a way to decide who gets what, they have to ration. In the U.S., most goods and services are rationed through a market system. Elsewhere we also have command economies and groups that depend on tradition.

So, when a Shanghai private school gives a parent an IQ test, it is just implementing a rather unique rationing system for distributing a limited supply of education.

My sources and more: Thanks to marginalrevolution for alerting me to the FT article (gated) on parental testing in Shanghai. I also recommend this Global Times article, the test questions in The China Daily (no answers though), and the Telegraph discussion. Finally, the NY Times provided background on China’s education system.

How Your Parking Lot and Your Medical Care Could Be Similar